Where Does The Blame Lie? Foals Frontman Joins The Spotify Debate 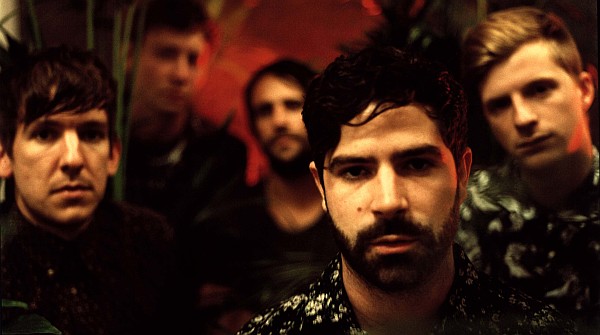 Next to jump on the bandwagon to display his thoughts about Spotify’s royalty payments to artists is Yannis Philippakis, frontman of math-rock band Foals. Now I do love Foals personally however I feel he has the wrong end of the stick here and I’ll explain why.

Yannis has described the revenue share returned to artists as “insulting”; nothing too different to comments made a few months previous from Thom Yorke. What I did find interesting however was the following comment that he told Channel 4.

“I’d rather somebody stole the record on vinyl than bought it or streamed it on Spotify… I think you should listen to music on vinyl and I think basically anything is better than [Spotify]”.

An interesting statement however I thought he was highlighting the point that he doesn’t receive enough revenue through Spotify; not that he would rather receive absolutely no revenue instead from fans stealing Vinyl.

Furthermore, yes I agree Vinyl is great as the sound quality is warm and in no comparison with digital audio however in response to his comment that music should be listened to on Vinyl, yes at home its brilliant but I don’t think I could cart around a vinyl player on buses and trains. Spotify personally gives me a greater commuting experience with the endless library at my fingertips, as opposed to having to wait before I get home to lose myself in my favourite albums.; it satisfies a completely different need. This is me as a consumer however and this article is about royalty payments to artists so I’ll leave that there.

Foals’ albums are still available on streaming services currently with nine tracks from the latest LP featuring in Spotify’s ‘Popular’ section for which the band have collected a cumulative 22,282,762 track plays. Average payouts from various sources (Sonic Scoop) have stated that average payouts are around $0.005 per ad-supported play, $0.0075 per play on the $5-a-month Spotify tier and $0.015 for plays on Spotify Premium. On this basis Music Ally has calculated that the gross payout for these nine tracks is between $111.4k and $334.3k alone. Not so bad.

So what’s he moaning about? I’ll explain. Where I believe the problem lies, which would explain Yannis’s complaints, is not the royalty payments from Spotify but the split of revenue that they receive under their separate label deals. Now it has been said that most independent labels split these royalties 50/50 with their artists (after Manager/publishing cuts) which is fair and on the other end of the scale there are major labels where it is usually typical for artists to receive a lot less of a cut (10-20%) from royalty payments received. Foals are signed to Warner Music. So it is little wonder that they don’t receive a lot of money from Spotify as they are likely given only a diet size piece of the pie by their label. It is the Warner they should be raising questions with in my opinion and not Spotify.

Spotify is still a small business; it’s still in its infancy. I do believe once Spotify grows there will be a lot more benefit to artists from the service as there will be a lot more revenue to share about to artists. True, it isn’t ideal right now and I see artists concerns but I believe that it’s a business model that if given time to grow will work; it’s a much better alternative to P2P file sharing at least.

All the bands and artists criticizing streaming services I believe need to dig a little deeper into the actual problem of royalty splits from their labels and not so much the royalty payments from Spotify. It’s not Spotify that has agreed the royalty splits, the artists knew about their royalty splits with the label from the day they signed the contract. They wouldn’t go after iTunes if they weren’t receiving a lot of income from digital downloads so why go after Spotify?

Also, file sharers are being converted to a legal alternative which if given time to grow may result in decent sized royalty payouts through increased users and premium subscribers. The alternative to this is say yeah let’s stop streaming sites completely and hope everyone buys physical albums and downloads legally again. Unlikely.

So now I ask you should the argument be raised with Spotify or instead the artists labels? I want to know your views so please leave your comments below and I will read and respond to each response. Have a good day and share/tweet as always!