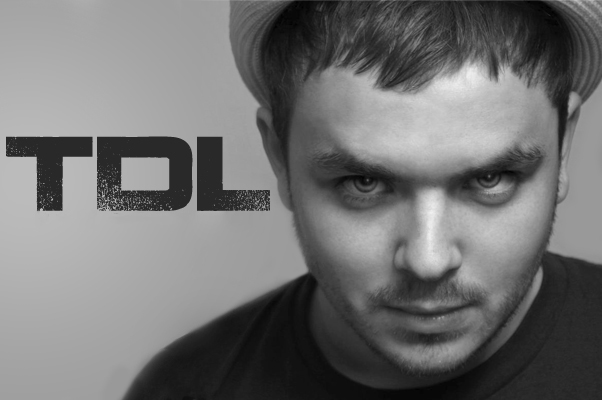 Today we feature a very exciting project for any of you vocalists/lyricists out there to get involved with. The project has been made by Make Ish Happen and their featured producer available for collaboration is called TDL and is being described as the next ‘Alex Da Kid’. Listen to all of the brilliantly crafted 7 instrumental songs and get those ideas pumping!

Here is the link, check it out:

Since its launch in July 2012, Make Ish Happen have been making some great headway into the world of music.

We caught up with its Founder, Ben Massarin to ask him a few questions and find out a bit more.

Tell us how you got into music?

It all started as a kid when I taught myself how to play the keyboard by ear, then a few years later I got a computer and started using the first version of Fruity Loops. As a teen I continued to move into the world of production and engineering learning about different software applications such as Reason and Ableton Live. It was pretty cool because I got to work with a lot of local talent and my remix’s were being spun by a number of well established grime DJ’s which then led to me producing tracks for them including a collaboration with Titch called ‘Messed Up’.

I started experimenting with music and met a DJ called Sam Russo (check him out) who wanted to get into production so we decided to pair up and form a duo called Technoir. We released some music through an independent label called Stripped Digital, which was played by the likes of DJ Sasha. One of our tracks actually hit the number one spot for the go to download site at the time for radio and club DJ’s. Sam and myself started working with a manager and PR agent for about a year and we got to travel all round the UK, which was great fun. Sam went off to study at University to hone his production skills and it was at that point we decided to go our separate ways.

I spent the next couple of years working with a number of different people including a DJ/Producer called Adam Fierce and we had a weekly FM radio show supported by Milk n 2 Sugars with regular guest mixes from the likes of Ron Carroll. Unfortunately due to funding issues the owners of the radio decided not to continue with the station and it was at that point I decided to focus on the business side of things so set up my own media and marketing agency and it was during this time that I learned some valuable skills that spurred me on to set up Make Ish Happen.

What influenced your decision to start Make Ish Happen?

To be honest it was due to the frustration that I had seen many artists going through when I came to development, management and marketing. There were a lot of people who I was talking to that were unhappy with their managers for a number of reasons and they kept saying how great it would be if I was their manager because of all the contacts and resources I had built up over years of being in a media and marketing business. It is really hard for people in music to focus on being creative because many of them have to do everything themselves.

With all that in mind it made sense for me to step into the management role because it was something I was good and music has always been my one true passion. My role at the start of this journey was to take the pressure off by providing access to a team of people and resources that I’d build up whilst running the media and marketing agency to support them. I saw Make Ish Happen as a development and management platform for talented people whether this is a music artist, fashion designers or maybe even an independent record label. We had the skills, the team and the resources to help build things from the ground up including graphic designers, website designers, photographers, video producers, recording studios and much more so it was a no brainer for people to want to work with us.

Is there anything exciting you are working on at the moment?

Our roster of producers are currently working on new material and we are collaborating with a number of very talented people to create some truly great music. A number of these collaborations will be taking place from relationships we have built through Music Gateway. A number of our producers are getting quite a bit of attention from record labels and publishing companies both in the UK and the US. Initially we expected the independents to be more interested but over the last few months we have had some really positive responses from a number of majors, which is nice because it shows we are moving in the right direction. We have a number of super talented artists, singers, songwriters and bands that we have signed who are also getting some great attention too.

As exciting as all this is for us a company the main focus for us is to keep building the brands, ramping up performance schedules and fine tuning the music ready to showcase to the right people in the industry.

What do you have planned for the future?

For us it’s a case of keeping things moving and collaborating with other companies to help grow our business. Realistically we would expect to see a number of people on our roster getting signed and for us to help them take that next step in their career. However, this will only happen if the right opportunity and the right deal is put on the table because there is now so much we can achieve independently that a deal is now becoming a nice to have rather than a necessity.

We have some new signings planned and will also be forming some strategic partnership to help expand the business. There have already been discussions around Make Ish Happen undertaking co-management of artists signed to other companies which is really cool because it’s not often you find people who are willing to work together in that context. This will be a great move for us because we will all support each other with the contacts, people, tools, and resources that we have all built up over the years.

What’s your opinion on Music Gateway?

Music Gateway is a brilliant service, it makes finding talent a lot easier for us and it’s the kind of platform needed to succeed in the music industry today. You should keep an eye out for the regular opportunities we have for members of Music Gateway to work with us. We will be working closely with their team to find the next superstars to join our roster and to work with us going forward.

Get involved with this great opportunity today and get pitching! We really are getting so excited by the constant number of high profile projects that are appearing on Music Gateway every week but remember even if you are only just making your first footsteps into the industry why not post a project yourself? You never know where it may take you. 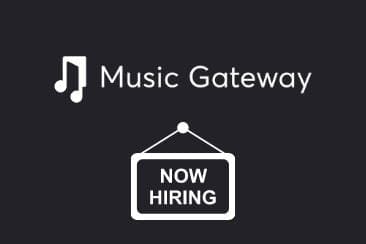