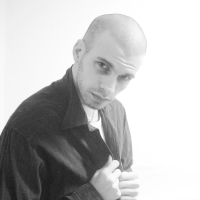 It’s been 12 years since those good and first times of Music Production & Mixing, with a huge melomaniac personality which led him to a DJ career. Perhaps this 2014-season would be the most intense, with ambitious projects, aims to achieve and some others to be held – like his recent #1 hit “Everything I Need”.

Born in Buenos Aires, 1987, he was fed with Music in all its manners, not just “House” or “Dance”. On one hand, a rock and roll father and a heavy metal brother and, on the other hand, a tipically sweet & melodious mother. Different kinds of qualified people were making buzz in South America and Cristian is a stand out long time ago, so as his own label Dbeatzion Records, with a solid list of artists such as Jerome Isma-Ae (recently interviewed), Manuel De La Mare, Kevin Sunray, Eddie Amador, JL & Afterman and others.

Apart from keep the success achieved with “Everything I Need”, Cristian released the 2nd volumen of his sample pack called “Big Room House Kickdrums” which has been #1 for ONE MONTH, beating-up other long term best-selling packs from Toolroom, to mention a big one.

A wide range of important labels wish to book the young Poow in different kinds of Compilations or new Singles, and he’s found in about 200 Albums already, along with important DJs of the global scene (Dimitri Vegas & Like Mike or Avicii to mention a few).

We know him as a connoisseur of Music (regarding concepts, genres, evolution and psychology), and he could find a place in almost every genre of what we call Dance Music (in spite of his works for Rock, Pop and Latin bands). From the Underground to the Mainstream, with an amount of effort that he is only aware. Supports from Chuckie, Erick Morillo or Paul Oakenfold have paid off eventually; so as his recent remixes for Dance Music legends Eddie Amador and Daniel Portman. Two idols to him.

Such a big breakthrough it was back in 2011 with “Rhythm Is A Dancer”, making a little stop on his Progressive House career, now mixing it up with vocal and happy-pop remixed tunes. By finishing 2013, he released one of the biggest works ever (it took 5 months until reaching a final powerful version) with the famous Spanish singer Sweet Ross (she works with Coca-Cola and got #1 on iTunes two times in a row - nothing else to say!). The track in question was named “Follow Me (Closer)” composed, written and arranged by them both.

We’re seeing towards the 2014-summer-season now, waiting for some surprises, apart from something we already know… a remix for Kathy Brown! And a possible whole new album?