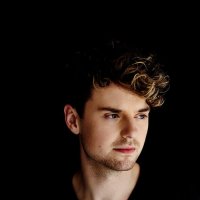 Stephen Sims is an exciting young male singer/songwriter/composer/producer. His music has already captivated a global audience.

- KINGS OF A&R: 'Sims is gifted with an amazing voice'

- EQ MUSIC : 'A voice that is liquid golden in purity and delivery'

- CAESAR LiveNLoud : 'He has such a good voice and the song is beautiful'

- THE SONIC REVERIE: 'His songwriting talent, once again, defies his youth'

Simms' pieces are a mix of interesting melodies, instrumentaion & sound design. Creating an atmosphere unique to any given media. Wether it be the intimate sound of a piano, a symphonic orchestra or a contemporary fusion.

His pieces have captivated a global audience recieveing critical acclaim from mulitple music producers,writers & composers (Kings Of A&R, EQ Music, The Sonic Reverie, VHNYC). Already at the early stage in his career he has been awarded mulitple times for his songwriting in the UK. Also recieveing awards as a vocalist by the BBC, CYS Wales, Vocalist Universe Online.

Working on many compostions, he is now writing/producing for media globally. Finding recent commercial success with his co-written song 'Tell Me'. A composition with american artist Valerie Broussard - the song charted Top 10 in Grammy-nominated DJ, A. Walser's radio playlist - syndicated globally throughout America. Following this he has been working with top US billboard charting songwriter Curtis Richardson.

Simms has most recently been working with companies in Sweden, Denmark, US, UK, Aus, NZ, Italy following pending releases in different outlets. Including being asked to commision a piece for Bafta winning director Danney Mulloys' film 'Home'. The film is backed by the United Nations and recently had its first preview at the SXSW Film Festival 2016. - more news on this to follow this year.

'Creating specific pieces for media and a client, has always been at the heart of my writing. If I can capture an emotion and narrative within a score. Only then have I done my job' - Simms

* A new e.p of soundtrack work is coming soon via bankland records.