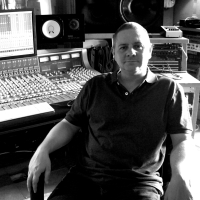 Award nominated James Peach is multi-instrumentalist, all round writer (chords, melody, top-line & lyrics) and multi-genre producer with releases on major labels such as Universal, Ministry Of Sound & All Around The World. He is credited on over 50 commercial releases including:

Some people James has worked with:

James works closely with and has work represented by some of the music industry's top publishing companies, giving him exceptional in-depth knowledge of current trends and requirements from the world's top acts, artists and labels, as well as providing essential and established contacts.