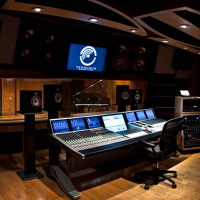 Andrew Koss is an accomplished producer, songwriter, and engineer, actively working in New York, LA, and Nashville. He attended Berklee College of Music in Boston, MA where he holds a dual BA in Song Writing and Music Synthesis . He is also a classically trained multi-instrumentalist, and has developed his skills on guitar, piano and drums. Combining both classical and contemporary musical experience, Andrew has a strong sense of melodic composition and song arranging. In addition, Andrew is also accomplished in the recording studio environment with an advanced level of knowledge in production, tracking, and mixing techniques.

Andrew's recording career began in Boston, where he engineered and produced tracks for a wide variety of artists, spanning genres from pop to metal and everything in between. Feeling limited by the constraints of working in a smaller production studio, Andrew was determined to realize his dream of creating a non-restrictive, comfortable workspace that fostered musical vision and creativity. Thus, Terminus Recording Studios was born, focusing on blending the most up-to-date recording technology with the classic sounds and colors of time-tested, classic vintage gear.

WIth the capabilities and power of a world class recording studio behind him, Andrew is uniquely situated to create "radio ready" demos and songs for sync and licensing. In essence his ability to quickly produce first rate polished recordings is appealing to many sectors of the music industry from publishing to film and TV.

Currently, Andrew is focused on developing further opportunities as both a writer and producer, co-writing with talented writers, working with new artists, and continuing to create professionally constructed and recording songs.

Andrew lives in Manhattan with his wife, Maxine, daughter Rebecca, son Gabriel, and their two dogs, Sable and Charlie.