An Interview with Stuart Epps

We caught up with Stuart Epps to find out about his role as a music producer over the years and to have an insight as to how to adapt to such a constantly changing industry. 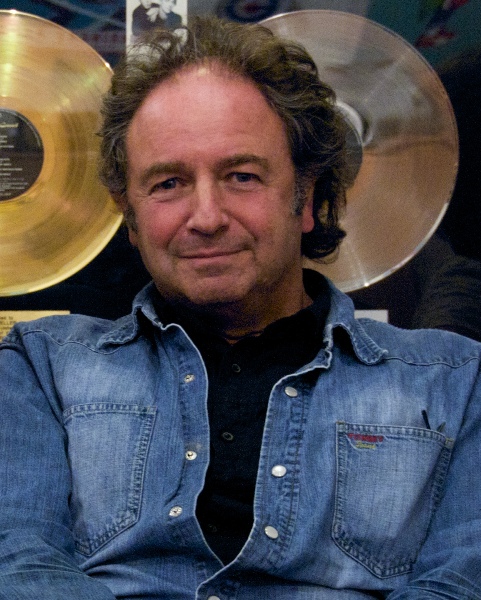 What was it like when you started working in the Music Industry?

I was 15 years old, and my close friend Clive Franks, who I went to school with, was already working for music publisher, Dick James. He was being promoted and needed to find someone to fill the role, which was actually ‘office boy’. So I went along for an interview, passed, and became the office boy for the Beatles music publisher, which was extremely exciting.

There was a bit of a progression, from office boy to disc cutter. I was cutting demo discs for Elton John and the Beatles. Then I went to assistant engineer in a small recording studio and from there to studio engineer. I became good friends with Elton John and went to work in A&R at the record company, which we started as DJM. I worked there for five years and went on to tour with Elton.

What were some of the interesting stories from working with Elton?

I met him when I was 15, he was about 21, and I thought his music was absolutely brilliant. He was just a very nice guy and we became good friends. I went on tour with him for about 3 months when I was 18. Many stories come to mind, some too horrific to mention!

Elton’s quite a character and I could fill a book of stories with him. I was only at DJM for 4 years and so much happened in that time. Seeing him go from small clubs and universities to seeing him playing Madison Square gardens and huge arenas with hundreds of thousands of people buying his records was quite an experience.

You worked with a range of new artists, some not so new. What is the main difference you find when working with an established artist, are they easier to work with or more of a challenge to satisfy?

It’s true, that working with established artists and people that have done it for many years has a lot to it. Obviously they’re great musicians and they’re practised in their art and know what they’re doing, and because they know what they’re doing, they can be more demanding. I’ve worked with Oasis and Robbie Williams, and some of these people have fairly large personalities to go with their extremely large talents, which sometimes means they can be slightly difficult to work with. With new artists, of course there’s inexperience, and that’s where I’m supposed to come in, with my years of experience in helping them make records. There is a big difference between working with new artists and the more established ones. Are they easier to work with? They’re all difficult to work with in their own ways, they’ve all got artistic temperaments, but I guess, so do I.

What’s your preferred music genre to work with and why?

I do like all genres of music really, there are only two genres that I can’t really get into and they are rap and country. I’ve worked with so many artists in rock, soul, and blues, and I can find great pleasure in working in all sorts of genres. As for my preferred genres – I love big ballads (I grew up with Elton John) but I also like quite heavy rock sometimes. I worked with Led Zeppelin, Bad Company, and Twisted Sister.

I think when you’re a record producer; generally, your musical tastes should be quite wide and not honed in on one genre.

Music with passion is my preferred genre.

What’s your favourite studio of all time to work in, and why?

I have to say the Mill Studios. Mill Lane is the most amazing studio. I was there from the moment it was bought and everyday that it was being rebuilt into a studio, which took two years. At the time it was the most advanced and glamorous studios in the world. I worked there on and off for 15 years. But I’ve also worked in Abbey Road and Capitol studio in L.A. I’ve been incredibly lucky to work in some amazing studios and they’ve all got their own atmosphere. I just love working in them.

I’ve found that you can make great music and great sounds in all sorts of different spaces; they don’t have to be the glamorous Abbey Roads or the huge studios. To create great music, it’s really in the head of the engineer or record producer.

You’ve seen the industry change massively over the years, how have you adapted to the changes that the online world has brought with it?

I’ve changed a fair bit, it’s taken a while, but you have to embrace new technologies. It’s amazing – I’ve been in it for nearly 48 years and in that time I’ve seen the technology change beyond all recognition. But at the end of the day it’s still music, people are still hitting bits of wood, and strumming guitars and singing, so some of it hasn’t changed. But the industry has changed and the Internet has made a huge difference to how we record and how we interact with our public. I have hopefully adapted as much as I can and I’m now working with artists from all around the world in what I call, remote producing, which is .wav file sharing with artists in their own homes and studios. It’s quite remarkable really, what you can achieve these days and adapting to it has been a pleasure that has broadened my possibilities as a producer.

With our concept of connecting Music professions globally online to find hire work and collaboration opportunities, what are your initial thoughts on Music Gateway?

I’m all for it! It’s absolutely brilliant. What I didn’t say before is that to a certain extent, record companies have become closed shops to the artists in the street and it’s almost impossible for someone in the street to play their music to record companies. It used to be possible; I used to be in A&R and see appointments from people who would just come straight into the office and play me their music, but I don’t know if that’s possible anymore. So companies like Music Gateway can act like the middlemen, A&R in the way that connecting professionals and young songwriters in all walks of music to seasoned pros and producers like myself, that’s a great thing.

In which direction do you see the industry heading in the next decade or so?

It’s a long time and things do happen very quickly. I’m sure technology will increase and Skype is an amazing invention. I’m sure within a short time the speed of Skype and connectivity will mean I can be connected to many musicians at once. We could do Skype recordings and productions with a guitarist in South Africa and a drummer in Australia. Technically there will be huge advancements. Also, the record companies are fast decreasing and they’re just becoming distributors now. Artists really have it in their own hands to handle their own careers and to record the songs themselves. It’s good that it’s put the whole thing in the hands of people rather than companies. This is where Music Gateway will become very important because you still need co-ordination between the various roles that you need to get your stuff out there. So it’s important that Music Gateway features in that.

I look forward to making more music, it will go on forever obviously and it’s always great to discover new talent. Working in the industry has been totally brilliant. Thank you!

If you wish to further find out more about Stuart visit his official website.