Want to know how to get your music on the radio? We can help with radio promotion!

Delivering 1,000's of weekly playlist streams, we understand that relationships with industry gatekeepers are key. We've established ourselves as a trusted partner delivering quality campaigns to influencers, curators, digital platforms and radio stations around the world.

Ever dreamt of hearing your music on the radio? With radio promotion, this is no longer a dream, but more of a reality! Our radio promotion team has a wide variety of contacts they can leverage to get your music played on the best radio station for you.

Our approach is tailored to suit each artist, carefully planning each campaign to deliver results. With 30 years of combined industry experience, we leverage our powerful network of influencers & professional tastemakers to help you get the best results.

We have a hardworking team of radio pluggers working directly with some of the biggest radio stations in the world. We work to get you heard – whatever your genre. 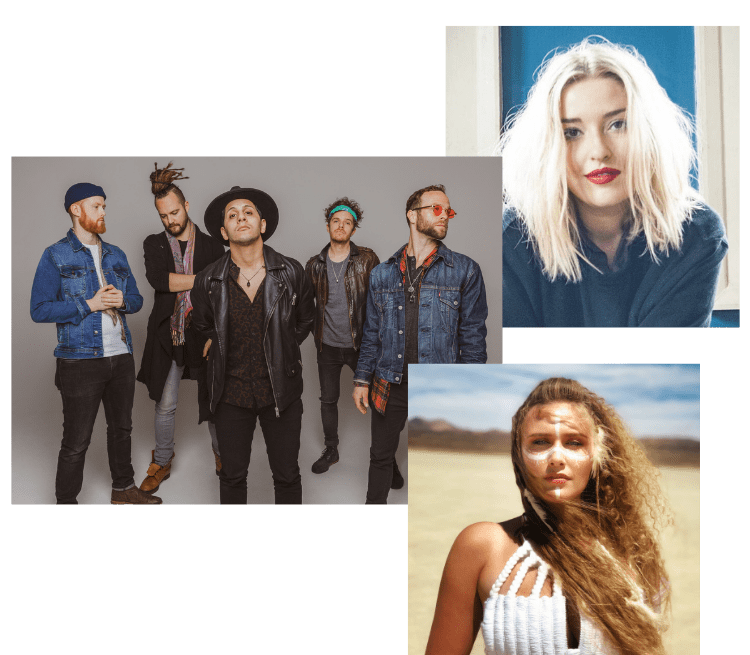 Nowadays, streaming is the most common way for listeners to consume music. That’s why focusing on your streaming presence is so important! We can help you with making an impact on music streaming services, and provide streaming promotion services.

We help to get your music heard and grow your audience by working directly with independent music curators worldwide.

When it comes to Music Marketing, we promise to deliver tangible and REAL results using industry and innovative marketing techniques.

Our team comes from world-leading music businesses, radio, press and more – so they know their stuff. Allow us to accelerate your marketing, drive real fan engagement and growth. 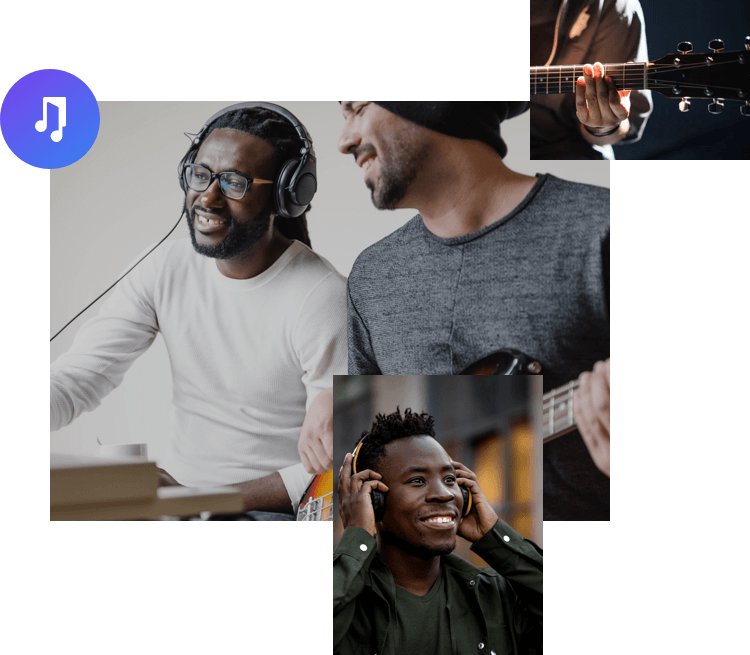 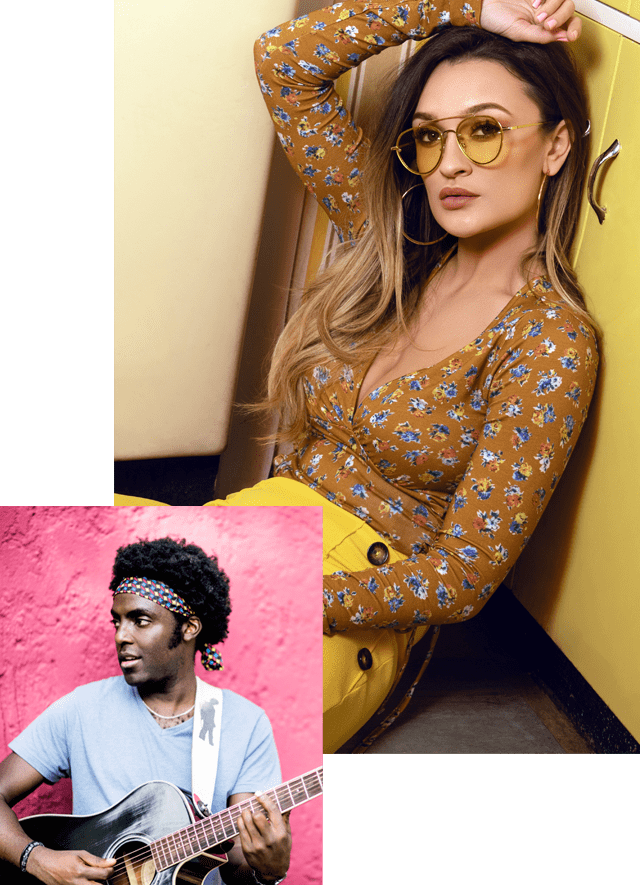 With over 30 years of experience working with artists, we can help create the perfect brand for you. We will help you get the right look & branding, connecting you with leading industry producers and creatives.

Artist development and branding is the starting point of a professional career in the music industry. It’s time to level up!

Want to discuss your requirements?

Feel free to jump on a call with us, we're glad to run through your needs and our services. We’re passionate about delivering excellent results in a totally transparent way, so drop us a line.

Radio Promotion might not be the first thing on your list when you’re thinking about how you want to get your music heard, but you definitely shouldn’t overlook it. There are many aspects to releasing music and ensuring its success – from social media and promotion to playlists and merchandise  – and they are equally important.

Radio promotion for indie artists can be a valuable tool, and a good radio campaign can kickstart a career. You want to make sure you get the best radio plugger possible to increase your chances of getting your music played. In this article, you’ll learn all about how to get your music on the radio. We’ll be breaking down what a radio plugger is, some of the top radio promotion companies out there and

What Is Radio Plugging In The Music Industry?

Radio Pluggers in the music industry come under the music PR job role umbrella. In the simplest terms, a radio plugger’s job is to get their client’s music (signed with major labels and independent artists) played on the radio.

Global radio, regional radio and radio promotion have changed massively over the years. Being played on the radio now includes traditional radio, online radio and in some cases also online streaming services such as Spotify promotion and Apple Music. If you’re part of a large record label, they’ll usually have in-house radio pluggers, but you can also hire freelance radio pluggers to do the job as well.

If you’re promoting your music in multiple ways, for example across press, streaming, advertising and more, it would probably make the most sense to look for music & radio promotion companies. They’ll be able to help out with all of that in one place, making sure your track is looked after in the best way possible across the board.

Ultimately, a good radio plugger is someone who has built some great contacts through networking and experience. The job role varies from office work like sending emails, making phone calls and meeting with clients, to going into radio stations, negotiating the ideal time slot for advertising on the radio and meeting with DJs and producers.

Why Do I Need Radio Distribution?

Radio promotion and radio pluggers can’t guarantee that your music will get played on every single station that you want as your target market. However, the best radio promotion companies can guarantee you’ll get more airplay than you would have without a plugger.

Getting your music under the noses of the right people is a radio plugger’s specialisation. They have the time to keep up with all of the latest hot radio stations, online streaming trends etc. As an artist, you’ll have so much on your plate, that having an extra pair of hands will take some of the load off your back.

That said, you will still need to consider target audiences, ad campaigns, your average ad rate, the time of day you want your song played and a ballpark figure of radio ad costs for your radio pluggers.

Having your tracks played on the radio and on music streaming services ultimately gets you more listeners and followers while growing your fanbase, but radio advertising costs can vary so it is worth shopping around for the best deals if you want cheap radio advertising. Your radio promotion company or plugger will ensure you keep a good relationship with the radio stations you’re working with to hopefully ensure regular plays.

Without a radio plugger, it’s really hard to separate yourself from all of the other musicians out there. Your online presence can get lost amongst the thousands of competitors and gaining a large following online can be a strenuous and time-consuming business. With everything else going on, you don’t need the hassle, so leave it up to the professionals and rest assured your music is in good hands!

How Much Does Radio Promotion Cost?

There isn’t really one set radio plugger cost for radio promotion. An FM radio campaign cost can vary, and if you’re using a freelance plugger they usually have their own fees. Larger, more well-known and experienced radio pluggers are going to cost you more money.

They’ll have a larger amount of good contacts but that’s not to say they’ll do a better job than a less well-known plugger. Small pluggers will still have their fair share of contacts and probably fewer clients and more time to spend on getting you the very best placements.

You can also hire a radio promotion company with a team working from a radio promo hub. This can help keep your radio plugging cost down and is often the first choice for getting radio play for independent artists. radio pluggers for different amounts of time.

If you only want to plug one single it’ll cost you less than setting up an entire campaign for your new album release. Radio pluggers will usually take a basic fee and then receive bonuses based on targets met. On top of the basic fee, you, as the client, will be expected to pay any costs from the campaign.

How To Choose The Best Radio Promotion

There are tons of radio pluggers out there but which are the best radio pluggers UK? It’s worth investing a little extra time to find the right fit for you. Here are a couple of things you should be looking out for when on the hunt for a radio plugger:

At Music Gateway, our dedicated music promotion and music marketing team works tirelessly to ensure your music’s success and guaranteed radio airplay. Whether that be placements in a movie or TV series or played on the top radio stations – we work with our artists towards their goals through a bespoke campaign that is built to work for them – including social media campaigns, email marketing, plugging and much more.

We’re so proud of any placement our artists get, some to date are Mutya Buena (formally of Sugababes) X Electric Pineapple and George Holliday X Isaac Taylor played on RTE Radio 1 (Ireland’s biggest radio station). Anish Sood’s single ‘Running Back To You’ played on Radio 1 plus placements on BBC Introducing and more.

Hopefully, after reading this article you feel more knowledgeable about radio promotion in the music industry and what to look for should you take the plunge to hire your own radio plugger. Of course, there are other options to get your music out there, so if you simply don’t have the budget to stretch to radio promotion or plugging, make sure you explore your other avenues. Social media is your friend, read our article for tips on how to utilize it to the max here.

If you are looking for a platform that offers everything you need in one place, why not try Music Gateway? We can help you with artist development, promotion services, music publishing, improving your streaming presence and providing Sync opportunities. Sign up for free today by clicking the button below.