Promote your music on Spotify & grow your fanbase

We help to get your music heard & grow your audience by working directly with independent music curators worldwide. Our approach is tailored to suit each artist, carefully planning each Spotify campaign to deliver results. With 30 years of combined industry experience, leverage our powerful network of influencers & professional tastemakers. 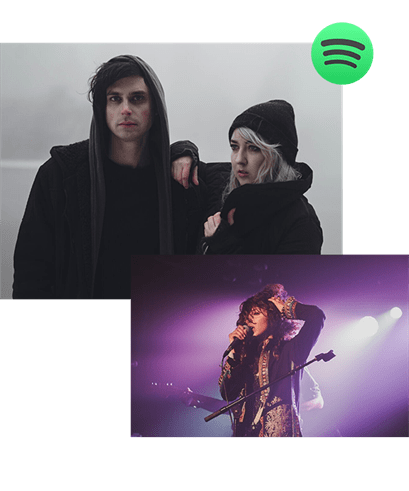 Are you a Spotify curator, influencer or do you support artists?

We work directly with independent Spotify curators, supportive music blogs and individuals who receive music submissions from artists. Let’s talk about the benefits of working together. We want to help creatives learn how to promote music on Spotify and get them real Spotify promotion. If you want that too, then let’s join forces! 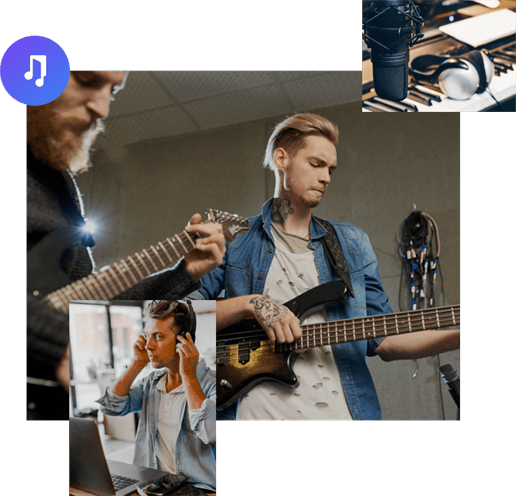 Can you believe that Spotify has been around since 2006?! It feels like only yesterday that I was creating some of my first playlists, consuming music from bands that I’d never before heard of.

Since Spotify’s launch, it has grown in popularity and is currently boasting a whopping 271 million users including amazing top Spotify playlist curators. That’s a huge amount of potential fans for your latest release! However, there’s so much more to releasing a single than just uploading it to Spotify.

The streaming platform provides a range of promotional tools to help boost your fan engagement – Driving in those much-wanted streams and royalties!

How To Pitch Songs For Spotify Playlist Promotion & Spotify Promo

Every artist dreams of having their music placed in an official Spotify playlist. Not only does it introduce your music to potential new fans, but it also generates a crazy amount of streams (and we all know what streams equal).

But, how do you get your next release placed on an official Spotify promotion artist playlist? Well, here’s how:

Pitching your next release puts your music directly in-front of Spotify curators – Just what you need to land one of the big official playlist placements! Spotify will also add your song to your followers’ Release Radar Playlists, ensuring all of your fans know about your latest single and you’ll get more people listening.

However, it’s not as simple as pitching and waiting. Your Spotify account needs to have fan engagement for Spotify curators to take an interest – it’s music business after all! This is one of the first steps in Spotify music promotion. Ask your fans to follow you on Spotify and add your music, especially your latest release, into their own playlists. The more traction your music has, the more likely you are to be placed in a big playlist.

Make sure you share playlists that include your music on social media and always tag Spotify in the post. You never know who’s watching!

Sharing your music online is one of the best ways to get the word out. However, be smart about sharing information. We’ve already established that your Spotify account needs lots of engagement to interest the big Spotify curators. Therefore, you might as well include links to your Spotify account in your social media posts.

Sharing Spotify links on Facebook, Twitter and Instagram will create a Spotify player, allowing potential fans to quickly consume your music – All whilst boosting your streaming algorithms on Spotify itself.

You can also integrate ‘follow me’ buttons and Spotify players into your artist website, allowing fans to engage with your Spotify artist profile account without leaving your site. It’s all done by copying and pasting a simple piece of code, available at Spotify for Artists. This code works with the majority of website builders and social media platforms. Be sure to include Spotify links in all of your platforms – You really want to release new music and get the word out.

The streaming platform has made its official branding (Fonts, Logos, Images) available to artists to aid their real Spotify promotion. Try creating interesting artwork for Instagram – A never before seen band photo perhaps? Include the Spotify logo in the corner of the photo to help soft sell your music on the platform.

Unless your music is consumed by the masses, it’s very unlikely that releasing a track with no prior Spotify promotion service will make an impact. The song will likely be swept under the carpet. Nobody will know it exists. Even if you have a large following, it’s always wise to promote your latest release. Spotify promotion companies can help you with this, but you can also attempt to do it yourself if you have a lot of time on your hands!

Want to know how to promote music on Spotify? Here are a few quick-fire tips when planning your next release:

Tik Tok is a fast-growing social media platform. Especially with young demographics. With its current popularity, it seems silly not to captivate on the potential engagement.

Like Instagram, Tik Tok allows you to embed music from Spotify into your posts. Maybe it’s worth contacting a few friends that use the platform, asking them to include your music in their videos? You never know, their Tik Tok could go viral, bringing your music with it!

Spotify can make an artist overnight if your music is placed in the right playlist. That’s why so many are desperate to place their song in front of Spotify curators. The best thing about it is it’s very achievable if you follow the right steps in understanding how the Spotify algorithm works and moving with the music markets.

My final piece of advice would be: Don’t rush your release. Take your time to plan every movement, every post. Utilise Facebook scheduler to schedule a month’s worth of posts in advance, each including a link to your Spotify account. Plan smart and creative ways of engaging fans to drive your Spotify engagement; stand out from the crowd!

Pitching your music for greater monthly listeners and reaching more professionals in the music industry has become a key strategy for running promotion campaigns for artists. With so many opportunities to promote your music and your Spotify account, there’s no reason why you can’t reach larger audiences every day. Getting help with music promotions services can help you on your way, get in touch with our promotions team who, with  years of experience, can give you all the guidance you need to skyrocket your career and boost your Spotify!

The sky is your limit. Good luck!

You have 1 new chat

Hey there! 👋 Are you looking to promote your music?

Would you like to see what our Artist Services team can offer?

Sure, show me what you can do.

No thanks, not at the moment.