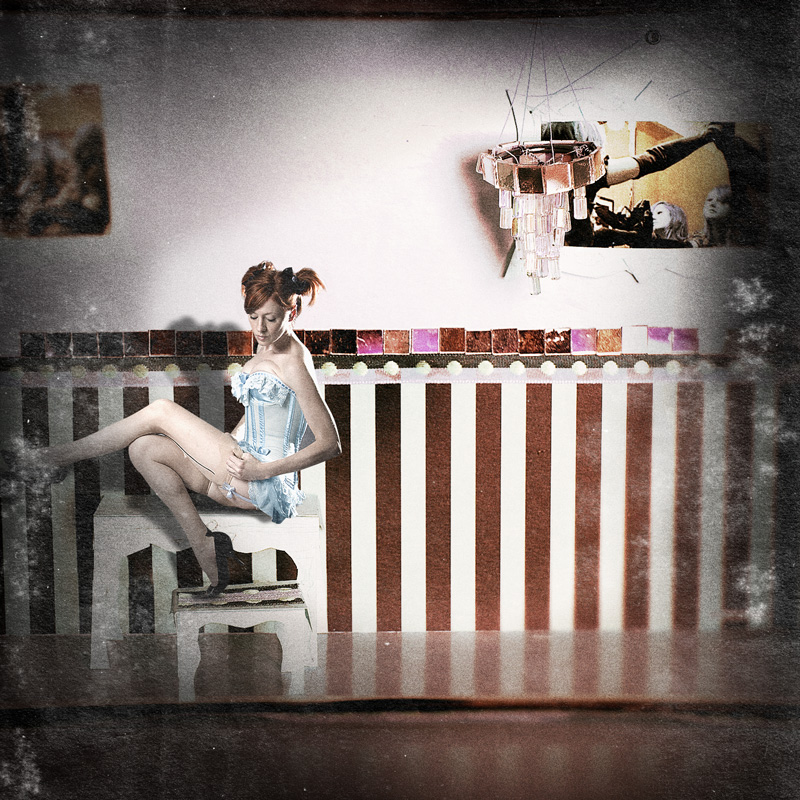 #So tell us how you started out in the Music industry

The industry itself is a bit nebulous, so I can’t say I ever envisioned this sort of future.  I have always found myself constructing a song in some way or another, but a series of events / decisions put me in Los Angeles and a bass player I played alongside at this — Rock and Roll sort of church connected me to a friend he thought I might collaborate well with, which is how the EP, Glow came about.  I wrote with said friend for a year whilst working in the entertainment industry & as a barista.  It was exhausting.  But after about a year & 1/2 we got a call from a network to write and produce a few songs for their internal library.  That became an ongoing situation, which I’ve really enjoyed – writing in different genres; producing tracks on contract has expanded what I didn’t even know I could do.

#What do you consider to be significant moments in your career?
There’s the usual bits – Emmy Nominations, invitations to exclusive parties at legendary studios with legendary audio engineers, Mastering a project (the final wrap), or every single time someone sends me a piece of gear for free (OMG. I fall in love). There are actually a lot of moments, really, but partly because I’m still amazed or in awe of music itself. It took a long time to get to where I’m at, and even though I am a great deal far from having a hand-wired console in an abandoned castle on a small island off-shore Northern Scotland (complete with Jacuzzi and a stocked wine cellar), I’m relatively impressed to be sauntering out of bed extremely late, making a coffee and spending the day in this sonic adventure of some sort till One A.M. (unless I have to do admin that day, which is “significantly” no fun).
#How important do you think sync opportunities are for
independent artists?

Very important! It really depends, though, on what your goals are and if you can track down the list of DIY admin or responsibilities you’ll need to undertake. Growing up in the Midwest of the US, I was very aware being from a lower-income family meant my only option was to sell art in order to create it. The very first synch I licensed was an acoustic track I wrote recorded by a friend who was still in school for engineering. It didn’t make any sense at the time this was a “career opportunity”, but it would be a long time after that writing songs turned into a full-time (well… over-time) job. Placing a song can generate sales but streaming changes the financial landscape, which is where synchs can make up the difference, funding an artists next project. The memory-association a consumer will have with a song on TV or in a film/commercial will always be present. So, there is a bit of a science to it. In my case, I discovered I loved the discipline of songwriting, so I committed to selling songs to networks and building my own library, creating my own releases. I jumped in – no regrets, no refunds! An independent artist could make the sort of income that many commercial actors make in LA; some individuals have a fluid ability to create art, and undertake all the no-fun admin bits of self-employment. It’s another lifestyle even if you’re not the next David Bowie. The reality is, music fuels the heart, motivates the world; peace-keeping or escapism, it’s a thread that sometimes just keeps all of us moving forward and getting out of bed in the morning.

#You have your tracks placed on various primetime TV series, when you first had success in sync, what kind of impact did that have on you?
It did kick off this artist career, which I’m not sure if I intended to have (or thought was possible), actually. I had performed on a series of tracks I wrote and sold to ABC/Disney at the start without really thinking long-term. In fact, I had lived most of my life without a TV, oddly enough, and just thought writing music for a network was a “moment in time”. I suppose spending my late teens, early 20’s working behind-the-scenes in a theatre (occasionally on stage), graduating to commercial production houses and on film sets, the mystery might be sidelined – humans are levelled, fame is irrelevant. And I’ve always been interested in the metaphysics of a thing. There’s a whole a methodology to the business I had to quickly learn! The biggest impact I think it had was discovering I had terrible social skills. Strange, right? And also, I can’t quite explain what I do… I didn’t go to school but I can find the 5th. Still, I’m happy it forced this life-long course on top of all these philosophers I want to peel through. Now, I also get to understand voltages and song structure and the art of (business) war. *Wink*

#How did you come about these opportunities and how hard was it to put yourself forward?

I went through some minor soul-crushing, self discovering moments.  After all, we are producing art.  The ability to connect into my own “deeper self” and produce something from that requires exploration, time and discipline.  Mindfulness.  I spend a lot of time on my own, and that uninterrupted space is the resource that I extract from for creating; this space of listening to the world, to my inner self.  But I’m very private and introspective to begin with, which helps.  I also have this sort of personality that would just love to watch the stars move across the sky or hop on a ship and see what happens.  But I also shudder at restraints unless it’s a self-imposed challenge… so I don’t know what to make of myself.  If everything is an adventure, it’s not difficult to keep at at something regardless of failure.  I needed to learn when to actually respect a boundary (I can do anything, right?)
In the end, opportunity is something we all desire.  Every time I’m given one, it only compels me to make the most of it.  I think I went off on a tangent… 🙂

#How do you feel about the current climate in the sync world, and the place of platforms like Мusic Gateway?

This is a big question. It seems to me as though your platform could be a game-changer.  There are many companies with different structures.  And by this I mean goals, demands, responsibilities, etc. under the regulations and cash-flow of the entertainment business.  How does one measure whether or not an endeavour is worth-while?  I always suppose it’s found in the aftermath: what a thing produces (proof/pudding, all that), which means a lot of information has to be understood on first evaluation.  No one can do this when just starting out.  Music is still a “wild west” complete with gunslingers, sheriffs and greed.  The rules keep changing, so adaptation is important.  And what I mean by this has to do with exchange.  The transfer of creativity into currency and back.  If I feel like a collaborator and valued, it’s inspiring and everyone will benefit, I will continue to produce, release, exchange, produce.  There’s this fluidity when everyone in – each department, let’s say – gets to do the thing that they’re naturally skilled at.  And in the long run, it’s companies like Virgin who seem to creatively enterprise and expand.  I think with inter-connectivity also being part of your platform, you’ve already stepped beyond a typical licensing house.

#What advice would you give to those looking to get their music synched?

Your first priority should be to get signed up with your PRO and understand what this means financially so to be responsible to yourself, and to others investing in you whether it’s a co-writer or a patron.  In the UK it’s PRS, in the US we have several (BMI/ASCAP/SESAC).  And second, figure out your agreements with absolutely everyone involved.  Who helped create the produced version of the song?  Did they get paid or will they own a piece of it instead – same with musicians and co-writers.  And if you’re just starting out, make sure to know who you’re working with. You don’t have to say yes to working with someone who wants to invest their resources if it’s not someone you would want to be friends with. These relationships are key in all businesses.  And since nothing is free, remember, some people do not play fair – not everyone is enjoyable to be indebted to.   Even if your currency is exchanging musicianship (playing/singing on each other’s music), in the long run, reputation is everything; how we handle business really matters.  I get this seems nebulous!  We can all make things on our own, but say yes to people who treat others with respect.
As for the artistry, I would say always craft something you love first.  Writer/produce songs you enjoy listening to.  A song is set in stone once published – even if it’s not released to the public for sale.  It doesn’t need to be perfect, just something that makes you happy, even if it’s screamo, hardcore, chaos.  Anything authentic, with a disciplined talent is an easy sell.

#If you could pick any TV series to write for what would it be?

Honestly, I’d love to write sing-a-long pub songs my grandparents might like for Guinness.  Even though I’m gluten intolerant and had to stop drinking that gorgeous stuff around 21.
If you’re interested in Sync you can check out our newly launched Sync Portal by clicking the image below:

Join for free
Everything you need to promote and earn.
Join Music Gateway and get started for free. Join fo Free No credit card needed.
Free download
Download your FREE artist pack.
Join Music Gateway for free and get your free artist pack. Join for Free No credit card needed.
Don't
miss
your
chance
Promote, licence, collaborate and earn. Join for free

Ginger & The Peppers – Music Video for ‘Out of Phase’

The Brazilian band release a stunning new video for their hit track ‘Out of Phase’. Ginger & The Peppers have announced their glorious debut...

Rise of a New Singer-Songwriter Aspiring singer-songwriter Dylan Cornwell is making a name for himself in the music industry. Having already signed with a...