How important is Audio Fidelity to a modern consumer? 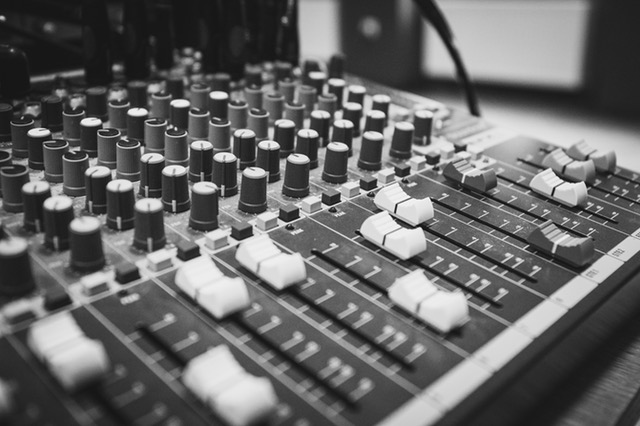 When Steve Jobs announced the first iPod on October 23rd 2001 he described it as “The Walkman of the 21st Century”. This statement was bold by any stretch of the imagination but over 15 years later the claim seems almost an understatement, as this device was the beginning of a global revolution in how modern consumers listen to and access their music. Before the turn of the century audio fidelity was at the forefront of consumers priority list when it came to music; hi-fi stereo systems were all the range and your collection of physical music media, whether it be vinyl or CDs, were prize possessions. Then Jobs unveiled the 5GB iPod with the promise of “1000’s of songs in your pocket” and suddenly everything was different.

The idea that you could carry your entire music library with you wherever you go wasn’t just an exciting prospect to consumers; to some it was a dream come true, and rightfully so. However this amazing opportunity came at a cost, the quality of the audio. In order to fit “1000’s of songs” on to a 5GB device the size of the files needed to be incredibly small and therefore heavily compressed.

You may be asking yourself: why does that matter? Well the sound quality of an audio file comes down to two parameters: Sample Rate and Bit Rate. CD quality audio (e.g.: audio on a physical compact disk) has a standardised quality of 16bit/44.1kHz. 44.1kHz is the sample rate, so in this instance 44,100 points of data are taken for every second of the audio signal. These points of data are joined together to replicate the analogue signal being recorded, so the higher the Sample Rate the closer the digital signal is to the original. The Bit rate simply describes the detail of each of these points of data. The most common Bit rates are 16bit and 24bit.

So in short: the higher the Bit/Sample rates, the greater the quality of sound and size of the file. So if you want small files, you sacrifice quality and therein lies the problem. MP3s became the norm, as they were small convenient file formats that allowed Job’s dream of 1000’s of songs in your pocket to be a reality. iPods and other MP3 players became the main way in which consumers listened to their music, leading many old school artists and producers to ask themselves the question: why bother spending hours and hours trying to achieve the greatest possible recording in a multi-million pound recording studio when the end the result will most likely be played out of low quality audio hardware in a heavily compressed and neutered file format.

However we have come a long way since 2001 in terms of technology. Our music players aren’t 5GBs anymore; they are much larger and more robust. So that should be the end of the issue right? Enter: streaming. Now we don’t even need to have a digital file downloaded onto our devices, we can instantly access and stream any song from all of human history directly from the Internet. But big audio files take up more bandwidth to stream, so once again small compressed files are favoured and audio fidelity loses once again.

So it seems to be a pretty bleak time to be an audiophile or enthusiast, or is it? In the past few years the whole situation seems to have taken a turn in an unlikely form: the Vinyl revival. In 2016 vinyl sales were at a 25-year high. Suddenly Vinyl is cool again, and audio fidelity comes hand in hand with Vinyl records. Whilst the quality of the audio may not be the main reason for this rise in interest, it is at the very least a useful bi-product. However for general everyday listening, digital music is still the king.

Internet speed and digital storage capabilities are also improving at a steady rate, so streaming/downloading large high quality audio files is a reality. In the not too distant future we could finally be able to achieve the best of both worlds: unlimited access to as many songs as you could imagine right at your finger tips wherever you are in the world AND do it at the high level of audio fidelity the world was used to decades ago.

Ultimately fidelity is still an incredibly important aspect of the professional audio landscape at an industry level and should be considered as so from the perspective of a creative. Music Gateway facilitates this by not allowing MP3’s to be uploaded to the Sync Portal, instead only allowing WAV of FLAC (Fully Lossless Audio Compression) Files. As we know MP3s are extremely compressed files with low Sample and Bit Rates and offer a low level of audio fidelity; whilst WAV and FLAC are larger, higher quality file formats. This means tracks uploaded to the Sync Portal are presented as high quality professional products with no compromise to the quality; and as the service is accessed by over 35,000 Music Industry Professionals, Agencies, Music Supervisors, Record Labels, Publishers across 114 Countries all of which expect a high quality product, this is a great representation of all the work on the Portal.

For the vast majority of modern consumers; audio fidelity is simply a means to end. The decision on where they access their music and how they listen to it will be motivated by other factors such as ease of use, quality of service and cost. The quality of the audio won’t be at the forefront of most listeners’ minds. Therefore it is down to the industry professionals to tackle the audio fidelity issue and make sure general listeners are being provided with high quality audio as standard, so that the industry does not stop moving forward.

Check out the Sync Portal and see how you can use it to access and work with over 600 music supervisors and 300 advertising agencies non-stop, whilst keeping 100% of your performance income