Very few have dared to be as bold and outlandish as Strange, and DSTNY. is only the beginning.

In January 2020, UK drill rapper and songwriter Mista Strange made UK music history with his Blackbox Freestyle. Rather than just tired braggadocious lyricism, Strange would defiantly reveal his sexuality to the world. This revolutionary act set the internet alight. Soon after, Strange was appearing on National TV, talking candidly about his experiences as a gay rapper in a hostile homophobic industry.

Now, Mista Strange calls out the genre once again on his brand new single ‘DSTNY’, out on 4th June 2021 on all streaming platforms. Strange also releases a completely self-directed music video, debuting on GRM Daily on release day.

A song that is sure to stop people dead in their tracks and say: “DID HE REALLY JUST SAY THAT?!”, DSTNY. is set to break boundaries in what Strange describes as his ‘destiny’ to become the first openly gay rapper in the UK.

It tells the story of a young gay black man’s trials and tribulations growing up on the cold, unforgiving London streets. His music brings together the two worlds in an uncompromising fashion, comfortably standing alone in a scene awash with carbon copies.

Who Is Mista Strange?

Growing up in West London, Strange first began putting words together in school. But like so many other young men growing up in London’s forgotten boroughs, the allure of fast money saw Strange become a cog in the capital’s economic underbelly, which before long resulted in his homelessness. Then, the revelation of his sexuality came at huge personal cost to Strange, as he lost many of his childhood friends leaving him with few people he could trust. Refusing to be defeated, Mista Strange distilled the chaos, and unleashed the unapologetic track ‘Open The Gates’ on his 19th birthday.

Allowing nothing to stand in his way, an ever-resilient Mista Strange threw himself headfirst into music, and this was when he was able to pen the two life-changing tracks that graced the Blackbox platform in early 2020. Since then, Strange has lived up to his name and has been an anomaly who’s been single-handedly spearheading a change in an antiquated industry.

Earlier this year, Strange became a brand Ambassador for Zalando, where he wrote and released an exclusive track ‘Be Yourself’, and starred in their most recent advert.

Not a member? Why not… You can sign up now for free! 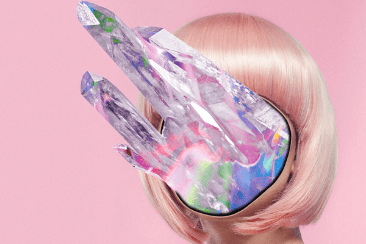