He’s worked with the best names in music, are you next in line? An Interview with James Sanger.

If you’re looking to give your artistic career a kick-start it has to start with making great music. This is the most important part of any artists career, you don’t get anywhere without a good hook! Working with professionals who specialise in developing artists and their music is a tried and tested method to make great songs.

With this is mind we caught up with James Sanger (responsible for Keane’s success on their debut album “Hopes and Fears”) about his role in artist development and why he is now using Мusic Gateway to find the next talented artists and bands to work with.

You can check out his project by clicking HERE. Now, here’s a bit more about the man himself… 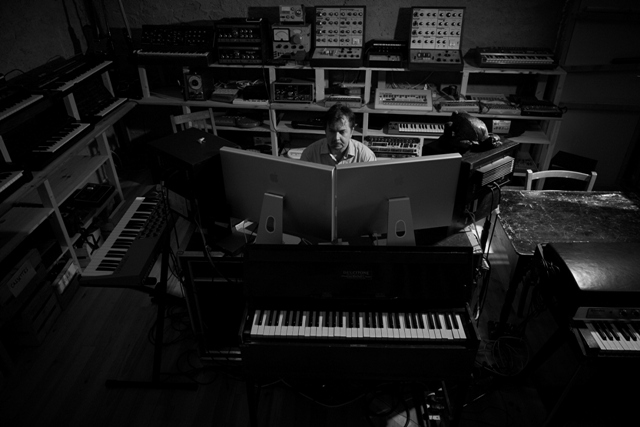 How did you first get inspired to work in the music industry?

From an early age I suffered from really bad asthma and often I would wake up in the night with harmful asthma attacks. These were potentially life threatening, quite often I’d not be able to breath and would pass out thinking I’d died. As a young child my Mum would sing to me to help me sleep so I credit her with starting me off with music.

By having a succession of near death experiences this gave me a deep routed desire to create something  lasting, create art that would live on so to speak. So I wrote a book of poems when I was 13/14 and it was not long after that I started putting my poems to music. I got a four track tape recorder when I was 15 and used to write and record songs all the time. I was on that four track every days for years and years… until I got an eight track!

When I left school I went busking and soon rented a flat in Brighton where I used to give private lessons in recording with computers, samplers and sequencers. I had lots of clients, some singer song-writers some DJs and even some classical composers. In those days computer sequencers were really in their infancy. I learnt Dr T’s KCS, then Pro 24, then Cubase on the Atari and so on.

So this is how started working with and developing artists?

Yes, I first started of helping lots of people learn computer sequencing and sampling, but mostly I was making music with them and recording songs… and it was great fun… making a living out of making music ! Some of my clients got record deals with their music that we had made together… and it wasn’t long before I got my own record deals… I had a small distribution deal for my first record, then I got signed by Triumph records, then Indochina records.. then China Records and then I signed a bigger deal with Echo Records and  Chrysalis Publishing. Then I moved to London.

After a while I got a call from Bryan Ferry’s manager who said that Bryan really liked my ‘sound’ and wondered whether I would like to go into the studio with him and help him. It wasn’t something I had ever thought about doing so it took me off guard, but I agreed to do it qnd a few days later I was in Bryan Ferry’s own studio helping him with his record!  The job I was doing was called ‘Music Programming’ and at that stage I hadn’t even known that what I was doing had a name.

I worked with Bryan for over a year and it was there that I met Brian Eno and lots of other great artists. I then got asked by Brain Eno to come and work with him programming and setting up music gear with him in his studio which was great and I did that for quite a while. I met a lot of other great artists at his studio and I had a music industry manager who was finding me work and things got really, really busy and exciting. I was doing lots of programming for a few years (I only had a few days off!) and I worked all round London and Europe

Your career was really kicking off here then!

Yes I was working almost all the time and I was then asked to go over to Los Angles and work with Rick Nowels. This opened many doors as I ended up working on material for Madonna, Mel C,  KD Lang, Bryan Adams, Sinead O’Conner (who I had worked for in the UK as well ), Dido who’d I had also worked for in the UK..and lots of other people. It was a pleasure to work with these artists.

I had a great time and came back to Europe to work on an album in Switzerland with Phil Collins.

How did you get involved with Keane on their debut album “Hopes and Fears”?

Well when I came back to the UK,  I wanted to stop doing so much programming for other people and wanted to start developing my own acts and get more involved in the writing and producing of records. So I set out to find a band that I could use some of my programming styles I had developed when working with artists like Dido. So it was great to find Keane and get them interested in signing a development deal with me, which they did. We made a great record, at my studio  which was then signed to Fierce Panda records and then Island records.

Now I mostly develop new artist and bands. I’m always wanting to make new sounding records and I like to develop innovative records that sound unique and inspiring. I don’t have high overheads and I like to spend the time on a project at my own studio rather than going to an expensive studio and having to rush the production. I suppose that is why some say my sound it quite ‘vibey’, ‘genuine’, ‘quirky’ and ‘original.’ I take the time to make everything new and interesting. 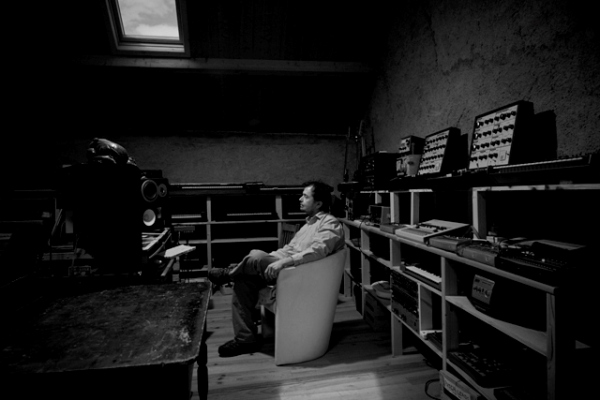 ‘James in one of his synth programming rooms’ All photography by Deniz Saylan.

Favourite album you’ve worked with and why?

I couldn’t possibly choose, they are all my favourite!!

Tell us about your most recent projects, do you vary into different genres of music or stick to a select few?

I have recently done a real range of styles.  I even ‘rapped’ on a song which people who know me will agree I’m probably the most un ‘rap’ person there is! Usually my ‘sound’ is indie / pop, with electro undertones. I like to make epic but sincere, artistic productions and make each record genuine and unique.

You have an artist/band development project on Мusic Gateway right now. So what qualities should the artist/band have to work with you?

The artists I work for all have a similar ‘maverick’ quality. They are ‘visionaries’ and love the art and artistry of making music. They share my passion for the drama and passion of a great song. So that’s what I’m looking for, a bit of drive and passion! (Pitch here)

I chose Мusic Gateway as I felt it was great platform for finding new talent. Let’s hope we find the right artist! I received a number of great pitches already so it’s off to a good start.

What’s your plan for the future?

I’d like to continue developing more great bands and artists. I am just happy making music, and happy to be making a living out of making music.

Thank you for your time James and we urge you to pitch on his project. With a wealth of experience he certainly knows how to make those killer great songs!

If you are looking for a platform that offers everything you need in one place, why not try Мusic Gateway? We can help with music management, artist development, promoting your music, improving your streaming presence and providing Sync opportunities. Try it out for free today by clicking the button below.

Since 2011, Alex Rainbird has been discovering and showcasing the finest independent music. Joined by Beth Paterson as of 2017, their goal is to provide the...