The First EVER Мusic Gateway Showcase!

The First EVER Мusic Gateway Showcase!

The Great Escape Festival, perhaps one of the biggest showcases for emerging artists in the UK kicks off today! For the first time ever, Мusic Gateway will be hosting a showcase of its very own at The Pipeline in Brighton on Saturday. Taking place amidst the chaos that is The Great Escape, three artists from our artist development and music promotions roster will be taking to the stage to show off their artistic talents! As well as this, we wanted to give our members the chance to play and the chosen winner of this slot is artist Amber T! (More about Amber below).

The lineup includes some incredible upcoming acts! Set time below…

Who Is Amber Titchener?

At just 15 years old, Amber Titchener has already garnered a significant following on social media and is one of the freshest young talents bubbling up on the global music stage! Self-taught on the guitar, keyboard and ukulele, the UK singer/songwriter began wowing audiences with her local Open Mic nights at the tender age of just 8. 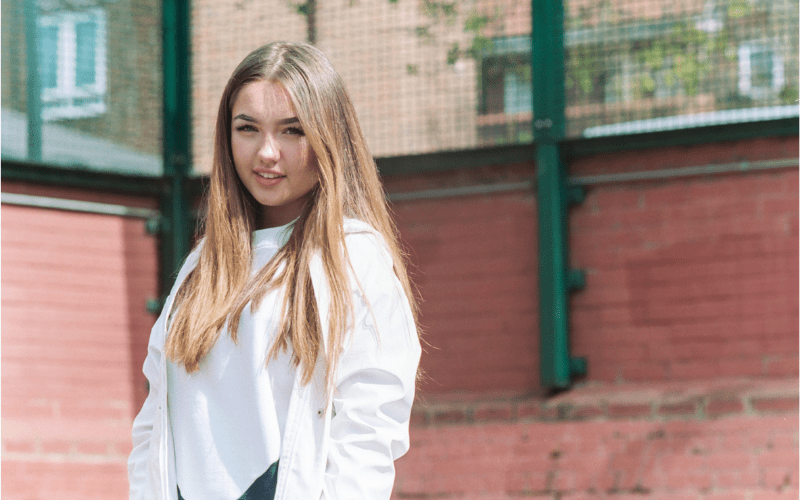 Creative, confident and pioneering in her sound, Amber’s talent led her to perform at the world famous The Shard, where she became the first acoustic performer to play the Open Deck. Amber has even recorded at Metropolis Studios and at Tileyard Studios in London. Yes, that’s the same Tileyard where the UK’s biggest Music Industry network event is held (and she was the youngest artist to ever perform there)!

In the past two years, Amber has notched up over 80 gigs nationwide. Garnering huge interest throughout the industry at such a young age, 2019 is set to be the biggest yet for Amber! She is currently working with a plethora of top producers and songwriters. She recently had a co-write released by Rubika, called “The Final Call” which has already had nearly 600,000 YouTube plays.

Her first single TICK TOCK was recorded with Mega Asian/British Producer Dr Zeus. The video was filmed with Director Luke Biggins (Joss Stone, Stefflon Don, Wstrn, Steel Banglez etc.) and Producer Rebekah Bird. The track was released in the early hours of the 7th April after a Radio One exclusive play and interview. If that wasn’t impressive enough, within four days the track had reached over one million YouTube views! This has led to TV interviews on the BBC South East Today, numerous press interviews, a live session on BBC Radio Kent, BBC Introducing and BBC Introducing Featured Artist.

She is now recording a second single with Dr Zeus and is preparing to write and record a third. With a total of over 800 million YouTube views and over 300 Million Streams, Dr.Zeus is in constant demand. This includes artists from all over the World, with names as big as Snoop Dogg and some of Bollywood’s biggest artists!

Amber is also working with legendary singer/songwriter Connor Reeves, and top Producer-Songwriter Reece Pullinger ENV Music, who is currently writing and Producing some of the biggest dance artists in the World, she is undertaking writing, recording and vocal sessions. Amber will be releasing a number of singles through 2019 alongside her many gigs and preparing for her GCSE’s.

Want to watch Amber perform live and get the chance to speak to her? Come down to our artist showcase and meet the Мusic Gateway team and artists!

With the summer sun (fingers crossed!), and music from great upcoming artists, there’s no doubt it’ll be a fantastic day! Make sure to tag us on social media @musicgateway, and share any pictures or footage that you have of the event under the hashtag #MGTGE19

Admission is free, although we can’t guarantee you a place due so make sure to get down early! Click here for more details on the event…