What are The BRIT Awards – 40th British Music Awards

What are The BRIT Awards – 40th British Music Awards

The night was one to remember from outrageous fashion to awkward speeches. So, why are these music awards so key to the music industry? We take a look back at how the awards have influenced the British music experience.

What are the Brit Awards?

The BRIT Awards are pretty much the UK’s answer to the Grammys. Celebrating the best of British music artists and welcoming international stars to the stage.

Over the years The BRIT Awards have always given us something to talk about. We have watched as some of the biggest stars in the music industry put on show-stopping performances and this year was no exception.

When are the BRIT Awards?

It was a standout year as The BRITS celebrated its 40th anniversary. February 2020 saw London’s O2 arena filled with a new generation of pop stars on the line up from Billie Eilish to Mabel and Dave to Lewis Capaldi.

The show aired on ITV Tuesday 18 February from 8 pm until 10 pm, with red carpet highlights being shown on ITV2 from 7 pm.

As enjoyable as it can be to watch a cringe-worthy on-stage outburst or an awkward awards show fail, the true office gossip comes from the performances which leave you wanting more.

The wave of new talent has definitely hit the scene this year with pop evolving at an ever-increasing rate.  Previous winners such as Ed Sheeran and Taylor Swift didn’t manage to get a look-in. The winners were decided this year by the 2020 Official Voting Academy including around 1200 British music industry experts such as artists, retailers, promoters, agents, publishers, labels, producers and media.

As the award show reaches its 40th year, there have been a lot of significant changes introduced to the awards ceremony. The organisers have handed over more control to artists so they can have more of a say in their performances. The award categories were also revamped on the night to just nine, meaning plenty more time for the music performances.

Artists were encouraged to create performances distinctive to them, which guaranteed memorable moments in the 2020 UK music awards. With only nine awards being presented on the night it meant more recognition for those who took home the prize.

The Critics’ Choice has been renamed as the Rising Star Award and was awarded this year to singer Celeste. As the winner, she received the classic Lady Britannia Brit statuette, after nearly a decade of rest having been re-designed each year since 2011 by a guest designer.

Winner of the international female award was awarded to the amazing Billie Eilish, she has perfected her art as she started creating hits from her childhood bedroom.

However, the night’s big winner was Lewis Capaldi taking home two awards. His worldwide hit and heartfelt ballad ‘Someone You Loved’ is similar to that of Adele’s ‘Someone Like You’. His infectious sense of humour and likability came across during his speech as he thanked his mum and dad ‘for making love’, and awkwardly dedicating his prize to his late grandmother.

The outstanding contribution award didn’t feature in the 2020 ceremony and the awards for best British video and the best international group were also dropped. With countless memorable winners and performances to pick from, we look back at the ones who have stood the test of time.

The category for Outstanding Contribution is a Lifetime Achievement award and has been around since The BRIT Awards began, with the very first winners of the award being The Beatles back in 1977, so, it was a surprise that this category was eliminated for the 2020 ceremony.

Sir Rod Stewart was the final performer of the night as he joined Billie Eilish, Celeste, Dave, Harry Styles, Lewis Capaldi, Lizzo, Mabel and Stormzy! Stewart first performed at The BRITs in 1993 where he picked up the Outstanding Contribution award, one of his many global accolades.

Pink is the latest artist to win the award in 2019 which coincided with the release of her single ‘Walk Me Home‘. The star put on an extravagant performance, with multiple outfit changes as well as a duet with Dan Smith from British band Bastille.

Presented by Terry Ellis a year before Freddie Mercury’s death in 1990, Queen were awarded the Outstanding Contribution BRIT Award.

The English rock band picked up the award in 1991

Sting presented Elton John with his BRIT in 1995.

Prime Minister Tony Blair presented the award to David Bowie in 1996. The megastar from Brixton was acknowledged with the Icon award in 2016, following his death in January the same year.

In the late 90s ‘Girl Power’ took the world by storm. The Spice Girls were handed the award by Will Smith, two years after Geri Halliwell showed off her iconic Union Jack dress at the BRITs.

Kylie Minogue was given the honour of handing Sting (Former member of The Police) his Outstanding Contribution Award in 2002.

As this year’s winners took to the stage it got us thinking about some of the previous ceremonies and the Top 10 most iconic BRIT winners.

Robbie has bagged himself a whopping 18 BRIT Awards. He has achieved a record win with more Brit Awards than any other artist in music history. He is by far the king of the BRITS. He took home his first award back in 1998 with a steady winning streak up until his latest in 2017.

Seasoned BRITs Veterans Coldplay have won an impressive nine BRIT Awards, since their first album back in 2001. They have won Best British Group a record FOUR times.

Previous BRIT School graduate and absolute BRITs queen have nine BRITs to her name, matching Coldplay. Adele stole the show in 2012, as she won both Best British Album for ’21’ and British Female Solo Artist. In 2016 she had a successful sweep when she won 3 out of 4 awards she was nominated for.

Back in their very early days, the boys picked up Best British Single for ‘Could It Be Magic’ in 1993. Over 20 years Take that have racked up 8 gongs in total, including Best British Group in 2011.

Before Adele had taken the world by storm, Annie Lennox was already considered the undisputed queen of the BRITs. Her career spans three decades winning an impressive 8 BRITS throughout!

The Sheffield band have managed to pick up 7 BRIT Awards, they had a memorable moment in 2014 when frontman Alex Turner pulled off a mic drop on stage as part of his acceptance speech saying ‘invoice me for the microphone’ after winning Best British Album. Later justifying it to Mojo explaining ‘What else was I supposed to do?’

It’s hard to think that this British pop boyband was put together on the XFactor. They have had an impressive career and achieved Best British Single in 2012, BRITs Global Success in 2013 and 2014, as well as British Video for an amazing four years in a row from 2014.

The most successful international artist from the BRITs is no other than Irish rock band U2, with an impressive 7 awards to their name.

Michael Jackson is one of the few to win EVERY Brit he was nominated for!

He picked up the coveted ‘Artist of A Generation’ Award in 1996, topped off with a memorable performance. He has also earned himself 5 other BRITs.

Mancunian rock band Oasis were awarded six BRIT awards across their career, and unforgettably in 2010 they were presented with the BRITs Album Of 30 Years for their influential record ‘(What’s the Story) Morning Glory?’.

Live performance is the essence of the music industry. The BRITs 2020 didn’t disappoint as we saw that energy along with audience interaction celebrated in almighty fashion.

Dave’s performance was one that got everyone talking as he took to his piano to perform ‘Black’. In his extended version of the song he created verses for the night on

demanding justice for the Windrush generation and the victims of Grenfell. He earned himself a standing ovation at the O2 Arena and the performance was immediately trending online.

Some of the most thrilling performances in BRITs history include Someone Like You performed by Adele in 2011. The performance is enough to give you goose-bumps and is arguably the moment which excelled Adele’s career into pop stardom.

Adele returned to the BRITs stage in 2012 after an incredible year for the artist. She dominated the ceremony as she won two prizes including best British female at the BRIT Awards ceremony, but was at the centre of controversy as her speech was cut short after she picked up the prize for best British album.

Controversy has hit the BRITs stage over the years. At the 2017 BRIT Awards, The 1975 had a cheeky go at their critics as they took to the stage. During their performance, they displayed messages across giant screens at the O2 Arena such as ‘out of tune’ and ‘shallow’.

Viewers were particularly confused and believed the show had been hacked by someone who disliked the band. The reality was that the quotes were used in their video for ‘The Sound’, from their album ‘I Like It When You Sleep, For You Are So Beautiful Yet So Unaware of It’.

Jessie J hit out at the BRIT Awards in 2016, for failing to recognise her as a performer at the UK Music Award show. Just like Adele she attended the BRIT School and was awarded the Critic’s choice in 2011.

With a further two British Female Solo Artist nominations (in 2012 and 2014) she has never been asked to perform at the ceremony. She is considered one of ‘the greatest singers in the US’ after performances at the Grammys and VMAs but has never performed at the BRITs.

Globally recognised BRIT School Alumni and one of the most iconic soul singers was Amy Winehouse. By the time she performed ‘Rehab’ at the 2007 Brit Awards, she was no stranger to controversy. Many knew who she was but it wasn’t always for her music.

Getting back on the stage allowed her to remind everyone of her incredible talent and what made her famous in the first place. Her talent shone through and she was able to make the Brits stage feel like an intimate lounge set.

Having performed back in 2013 with ‘One Way or Another (Teenage Kicks)’, One Direction took home their seventh Brit in 2017, for British Artist Video of the Year. Their sentimental ‘History’ video beat off competition from nine other nominees, including ‘Pillowtalk’ from former bandmate Zayn.

Accepting the award on behalf of the band was Liam Payne. He was the only member in attendance at the ceremony that year and was presented with the award from Simon Cowell the recording head of 1D. Despite not being there on the night Louis Tomlinson, Niall Horan and Harry Styles thanked their fans on Twitter.

Following the One Direction hiatus, Harry Styles launched his solo career. Returning to the BRITs Stage he captivated the audience as he performed at the 2020 Brit Awards.

He performed a heart-rending version of his single “Falling” while wearing a white lace jumpsuit. He captured the emotion of the song as he finished off the piano ballad, on a flooded stage.

It’s clear to see that the BRIT Awards are an important night for the British music industry and celebrating British music artists.

If you see yourself as the next up and coming artist why not submit your music here or find out how you can collaborate with other artists.

We know the BRIT Awards 2020 is a night sure to be remembered! 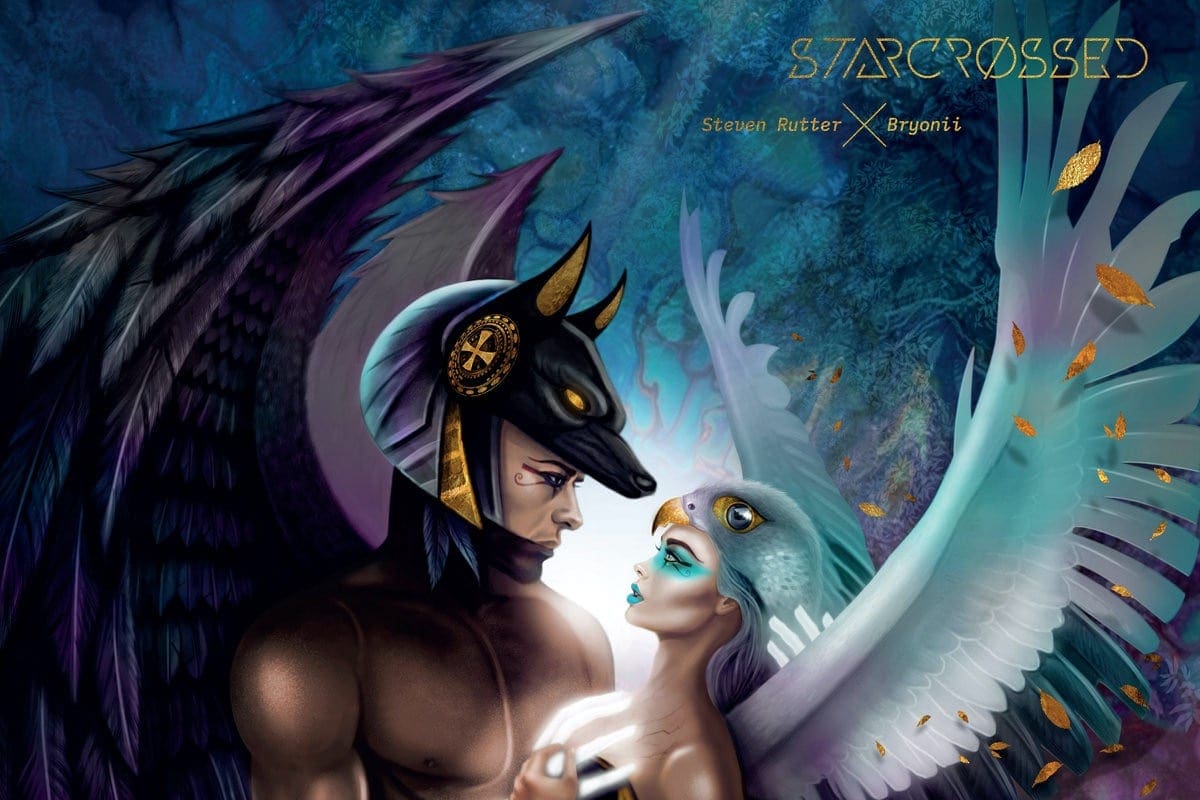 Evocative electronic soundscapes. Met with ethereal and colourful waves of voice. A combination that relays an immersive blend of contemporary pop...

In new single ‘Shame’, Marlon Percy explores feelings of inadequacy and the guilt we all feel under the microscope of social media, with a... 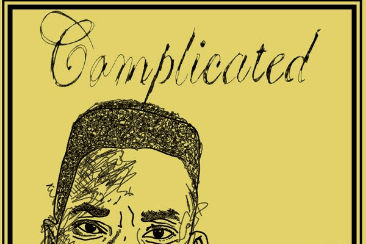 After years of hard work to establish his niche, London rapper Motiv releases ‘Complicated’. Loaded with clean beats and steady flows, it...