If you haven’t ever come across After Effects, it is a post-production software that gives film and video game creators the opportunity to add visual effects, motion graphics, and compositing.

In this article, we will take a look at the best After Effects plugins and provide a list of our top 10 favourites. Stay tuned for everything you need to know!

What Are After Effects Plugins & Why Do I Need Them?

Very simply, a plug-in is a software component that adds a specific feature to an existing computer program. We see plugins used extensively in music software such as Pro-Tools, Logic Pro X, and Cubase 10.

These can be specific types of compressors or other effects. Not necessarily made by the creators of the platform itself, but instead made to work on the platform.

The great thing about plugins is that they allow you to more quickly stylise your project. Very much in the same way that plugins for vocal recording software allow musicians to achieve a specific timbre or effect. Third-party plugins allow filmmakers and game developers the opportunity to make their creations jump right out of the screen.

How To Install After Effects Plugins

You might be wondering how to add a plugin to After Effects. To use a plugin, you first need to install it on your machine so that the platform can see it and utilise it.

If you are wondering how to install plugins in After Effects Mac, it’s a very similar process. The only difference is that the Plugin Folder is located in Applications\Adobe After Effects <version>.

If a plugin doesn’t come with an installer as part of the process, you can generally install plugins by moving them to the After Effects Plugin Folder.

While it’s a great tool, the installation process is a little more involved. The question of how to install BBC plugins for After Effects is common. Fortunately, Boris FX (the company behind the BCC+ suite) has a guide on their website.

What Are The Best Adobe After Effects Plugins?

Now for the main event.

What are the best Adobe After Effects plugins? Let’s take a look!

One thing every aspiring filmmaker or video game developer needs in their Adobe arsenal is a cartoon effect After Effects Plugin.

Whether you want to recreate the famous A-Ha video for ‘Take On Me’ or take it even further and experiment with different cartoon effects, AKVIS Sketch Pro is a good place to start.

It has three easy to use cartoon conversion styles – Classic, Artistic, and Esquisse. Which gives you different looks depending on the kind of thing you are after.

Whilst it does come with standard presets, the user is totally in control of all the parameters. So you can really customise the look of your images.

Orb is one of the best free after effects plugins on the market.

Built by Video Copilot, it allows you to create beautiful and engaging planets for those all-important orbital sci-fi shots.

Orb includes a Physically Based Shader, so you can create realistic textures for the surface of a planet. Such as Shadow Masking for when one planet sits in front of another. As well as a really nice feature that places stars in the background to lend a bit of authenticity.

The team over at Video Copilot has a number of other excellent plugins including Optical Flares.

This allows you to create lots of different kinds of lens flares. Perfect if you’re looking to show an interplanetary sunrise or even just indicate a passage of time or a moving vehicle.

The lens flares work perfectly in a 3D space and often require little tweaking. Making this a really useful go-to plugin for lots of different uses.

Moving away from sci-fi and live-action sequences. After Effects also provides loads of options if you are creating dynamic title sequences or working with infographics.

If you find yourself putting this kind of sequence together, a plugin like Shadow Studio is really useful.

Shadow Studio allows you to create tons of different kinds of shadows for text and graphics that can either be stationary or animated to move with the sequence. Giving your titles and graphics a real pop of 3D.

Boris Continuum (or BCC for those in the know) markets itself as the Swiss Army Knife of After Effects Plugins and it’s very easy to see why. The plugin delivers nearly 350 creative effects with over 4000 presets. Some of which have won academy awards.

If you’re interested specifically in After Effects music video plugins – Boris Continuum also has some potentially useful tools such as Beat Reactor which drives VFX to music.

It’s not cheap ($995 as a one-off or $295 as an annual subscription) but you’ll be hard-pressed to find a more comprehensive plugin toolset.

After Effects’ default glow engine is widely regarded as a little underwhelming.

AE Scripts have worked hard to remedy that by providing a beautiful glow machine that works straight out of the box.

Whether you’re trying to create lightning, a deep-sea explorer’s head torch, or a neon wasteland, Deep Glow is a really useful plugin to have around to really stylise your project.

A nice feature it has is built-in gamma correction. This means your gamma is always perfect no matter what colour space you are working in.

However, a camera shake After Effects plugin can be an incredibly powerful tool. You can communicate a mad rush, an earthquake, or even just fast motion with the plugin.

Camera Shake from Red Giant not only allows you to add a shake to your footage and adjust the level of shake, it also includes really handy tools such as a Motion Blur Group.

This allows you to add a blurring effect to the shake. Which makes it look more realistically filmed and also adds to the sense of fast-paced movement for the viewer.

After Effects can be a daunting prospect. If you’ve come this far, you’ve probably spent hours, weeks, and months painstakingly putting together your project. You’ve had the idea, developed it, executed it and now your scenes are cut. You’d be forgiven for thinking your project is nearly completed.

There are still many creative decisions to be made before you have the complete product. With that being said, After Effects is a great software that allows you to polish your project and make it perfect.

You might read this article and think that After Effects as a software is a bit of an empty vessel. We would argue that that isn’t necessarily the case – with enough knowledge, time, and patience, you could use the standard settings in After Effects and create things quite close to what the plugins listed above can deliver.

Hopefully, the above has given you a little inspiration of places to start with After Effects plugins. The best advice we can give is that the most productive way to learn is to play with the plugins and see what results you can create!

We hope that you enjoyed this article! Over at Music Gateway we have plenty more film content for you to read. Check out Different Types Of Transitions In Film, What Is A Digital Imaging Technician & How Can I Become One? and The 8 Best Video Editing Software Programs, we know you’ll love them!

Are you an independent filmmaker, or interested in the crossover between music and film? Then check out our article on music supervisors. With our concierge and service and extensive music library, allow us to help you find music for your film. Sign up free for Music Gateway now! 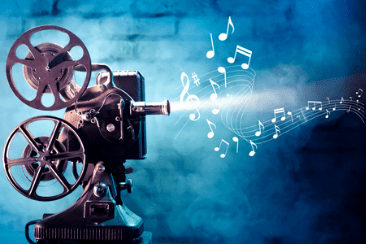 We understand cinema as the audiovisual theatricalization of events that someone scripted. But, we must also pay attention to the representation of events... 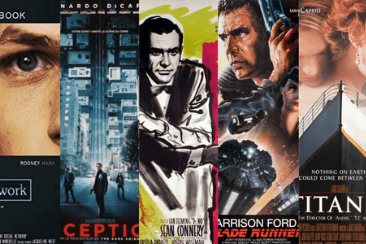 Movie scores can either make a scene stand out by being conspicuous, or inconspicuous. Without music in a film, the film would fall flat. A film score can... 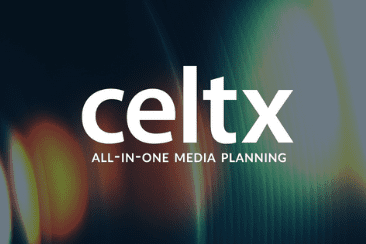 Celtx Script Review: Is Celtx Any Good For Creatives?

Are you wanting to write a script? Is Microsoft Word just not doing it for you? Well, the good news is that there are many different types of helpful...