If there’s one thing Hollywood loves, it’s gangster movies. But what is it that makes them so riveting? Does it touch on the deepest and darkest parts of ourselves that want to be ruthless criminals? Is it humanity’s innate desire for power and respect?

Interesting as it may be, we’re not here to answer these deep questions! What we are here to discuss are the best gangster films of all time!

In this article, we will count down our top 10 picks for the best gangster movies. Be sure to stay until the very end to see which gangster film takes the number 1 spot.

If you don’t, we’ll have you whacked!

Edward James Olmos’s American Me is one of the best Mexican gangster movies of all time. American Me is an epic depiction of thirty years of Chicano gang life in Los Angeles. The film focuses on a teen named Santana with his friends Mundo and the Caucasian-but-acting-Hispanic, J.D.

They form their own gang and are soon arrested for a break-in. Santana finds himself in trouble again and goes straight from reform school to prison. Spending eighteen years there, he becomes the leader of a powerful gang, both inside and outside the prison.

When he is finally released, he tries to make sense of the violence in his life, in a world much changed from when he was last in it.

The film is gritty and depicts harsh realities of gang violence, prison and the drug sales which finance gangs lives.

In recent years, Korean cinema has taken the western world by storm. OldBoy is both brutal and lyrical. Writer-director Park Chan-wook’s existential nail-biter includes hard-to-watch torture scenes that will have you avoiding dentists, sushi bars, and badly appointed hotel rooms!

This genre-bending epic sports excellent cinematography as well as extremely well fleshed out characters. One thing to note about this gangster movie is how well-paced it is, as it keeps you captivated at every plot twist.

OldBoy is truly one of the best Korean gangster movies of recent times.

John Singleton’s directorial debut Boyz N The Hood is a great achievement in filmmaking. The film sparked a whole sub-movement of films that addressed street life in Los Angeles during this period of fear and rioting. Boyz N The Hood is a cautionary tale about living the gangster lifestyle; and how even if you don’t choose it, it might choose you depending on your life circumstances.

The film also serves as a warning to the audience about the effects of gentrification and how institutions proliferate crime to keep people down.

While themes of the community gang life have been explored a number of times in cinema, none put into words its effect like Laurence Fishburne’s Furious Styles did on a Compton street corner.

Boyz N The Hood employs a loose, episodic structure. Singleton’s script is a masterclass in making complex social and political issues easily digestible to the average audience. This is astounding considering the writer–director was only 23 when the film was released.

For what this film achieved and what it did for the culture, makes it one of the best gangsta movies of all time.

The Irishman is the newest of the films on this list but that doesn’t take away from the film’s impact. This epic gangster movie sports an all-star lineup, veterans of the genre if you will, with Joe Pesci, Robert De Niro, and Al Pacino. The Irishman is directed by none other than Martin Scorsese, the man who has mastered how to make good gangster movies.

The film, which runs for 3 hours, was a Netflix exclusive and is a fictionalised re-telling of the true story of the disappearance of Jimmy Hoffa. Based on the book I Heard You Paint Houses by Charles Brandt.

It is still arguably one of the best gangster movies on Netflix as it cleverly jumps between different time periods in Frank Sheeran’s life. This is in order to illustrate the long and complex relationship he has with crime boss Russell Bufalino.

They are able to do this with the same actors with some clever anti-aging CGI technology. De Niro has never looked better this side of 2000! This film is a beautiful ode to the genre and a worthy contender for best true story gangster movies of all time.

Quentin Tarantino pays homage to the heist-gone-wrong thriller. There is some clear influence from Kubrick’s The Killing and Scorsese’s Mean Streets, among others. However, Reservoir Dogs is the be-all, end-all heist gone wrong gangster movie.

A gang of colour-coded crooks (Mr White, Mr Pink, etc), execute a jewellery robbery. The job didn’t exactly go to plan and they flee to their warehouse to reassemble. Tarantino masterfully highlights each of the character’s flaws which ultimately leads to their collective demise. It would seem here that there is no honour among non-tipping thieves.

Despite the clockwork theatrical dynamics, most of the scenes are restricted to the warehouse. It’s violent, intelligent, well written and includes fantastic performances from Buscemi, Roth and Penn.

Snatch is easily one of the best British gangster movies. Directed by none other than Guy Ritchie, this rollercoaster of sharp dialogue, hilarious characters, and excellent performances make it a worthy contender for this list.

Guy Ritchie exploded into cinema with his debut film Lock, Stock, and Two Smoking Barrels. While both films could be on this list, Ritchie improves on the British gangster formula with Snatch with his all-star cast and heavy stylization.

Notable actors shine in this modern classic with Benicio Del Toro, Jason Statham, Stephen Graham and many more. However, it is Brad Pitt who steals the show as a sweet-talking, tattoo-sporting gypsy prizefighter. Much of the movie is about the different sects of British gangs — gypsies, bookies, and London crooks.

The film has undertones of international gang commentary between Irish and British. All of this packed into 100 minutes of violent crime and rollicking fun.

Hollywood action meets the sensibilities of the French ‘Cinema du Look’. This is director Luc Besson’s first English-language film and put him on the map as a mainstream director.

Leon: The Professional is a twisted, Pygmalion story as it concerns lonely hitman Léon (Jean Reno), who trains the streetwise 12-year-old Mathilda (Natalie Portman) in the art of killing.

Gary Oldman gives one of the best baddie performances in any gangster film. His Beethoven-loving, psychopathic Stansfield has EVERYONE on the edge of their seats. A truly hateable character is testament to Oldman’s excellent ability to play the villain, who goes out with a bang.

Al Pacino’s Tony Montana was based on real-life mobster Al Capone. The movie itself is a remake of the 1932 original of the same name. The movie depicts a Cuban refugee who arrives penniless in Miami in the 1980s. As the story goes, he grows into an extremely powerful and ruthless drug lord.

This extremely violent gangster movie has a special place in everybody’s hearts. Filmmakers have parodied the ‘say hello to my little friend’ line countless times. This film’s significance in terms of pop culture cannot be understated and makes it a worthy top-3 contender in the best gangster movies of all time.

While we could have picked The Godfather Part II in its place, we thought we would go with the one that started it all! Francis Ford Coppola’s masterpiece, The Godfather, is an adaptation of Mario Puzo’s novel of the same name. Marlon Brando gives a stellar performance as Don Vito Corleone, the patriarch of the Corleone crime family.

We can confidently say that this is the most iconic gangster film ever made. Every cinephile can vividly picture Don Vito holding the cat, a horse’s head in the bed, or Michael shutting the door on his former life. The Godfather depicts some of the most expressive and emotional moments in film history.

We’ve already established that Martin Scorsese is a true master at directing the best gangster films. In Goodfellas, we see the rise and fall of small-time gangster Henry Hill (Ray Liotta).

You get everything you expect from this Scorsese masterpiece. Freeze frames, tracking shots, and the legendary voiceover.

In typical Scorsese fashion, he had his incredible actors engage in a lot of improvisational dialogue. This spawned one of the best parts of the film where Joe Pesci’s intimidating character asks Henry the all-important question: ‘Funny how?’.

Pesci’s terrifying yet captivating character earned him the Oscar for Best Supporting Actor and rightly so. Throw a great performance by Robert De Niro in there and you have yourself the greatest gangster movie of all time!

That Was Our List Of The Best Gangster Movies

So, there we have it! We hope you enjoyed our list of the best gangster movies of all time. We’ve looked at some modern gangster stories as well as thrown it back to the golden era of cinema. With legendary directors ranging from Martin Scorsese to Francis Ford Coppola, it is clear the gangster genre sports some unreal talent.

So what are you waiting for? Put on your finest Italian suit and have yourselves a gangster movie marathon! There’s plenty of great films to choose from on this list to give you a headstart.

Would you like to read more exciting film and movie content? Then head over to the Music Gateway blog – we have got you covered! There’s a range of articles for you to check out. For example, the Best End Of The World Movies, Best Business Movies and so much more! 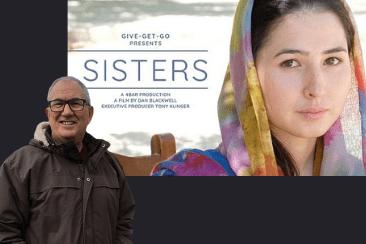 Interview With Tony Klinger On His Recent Project ‘Sisters’

We recently caught up with writer, film-maker and producer Tony Klinger to talk about his new documentary ‘Sisters’. We talk all about the challenges he... 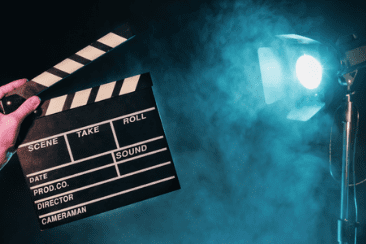 Opening scenes are of vital importance. They serve to set the mood, tone, the literal setting, and the characters. In fact, the success of a movie can rely... 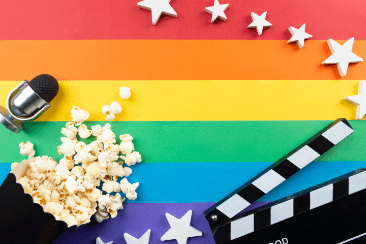 Best LGBTQ+ Movies Of All Time: Our Top 10 Favourites

In this article, we will be reviewing 10 of the best LGBTQ+ movies of all time! You can find some of the good LGBTQ+ movies on Netflix and Amazon. There are...