Everybody has lost themselves in a video game at one point or another, be it arcade games such as Pacman or open-world epics like Skyrim. But what makes a gaming experience truly immersive and captures all your senses? Great game soundtracks.

Video game soundtracks have come a long way since their inception, from small 8-bit blip sounds in Nolan Bushnell’s Pong to fully-fledged orchestral arrangements in the present day. Under great composers such as Hans Zimmer.

You could say video game soundtracks are as important as the gameplay itself in losing yourself in the world of your chosen genre. Whether you’re killing zombies or saving princesses, these game soundtracks make you feel as though you’re on top of the world. Or, in other instances, creep the living hell out of you!

In this article, we’re going to take a look at our top 10 picks for the best game soundtracks of all time. You’re going to want to stick around for this one! Stay tuned to see if we mentioned your favourite.

We think the best videogame soundtracks are those that transport you to another dimension and allow you to step into the creators worlds. Escapism is ultimately what gaming is all about and these game soundtracks certainly immerse you without distracting you from the task at hand.

To accomplish this, it is vital that the soundtrack matches the tone of the game and the setting in which it is in. While it would be fun to cast spells and explore dungeons to a disco-funk soundtrack, it wouldn’t feel very authentic!

Additionally, music is essential in bringing a character to life with the use of leitmotifs and theme tunes. One that instantly comes to mind is the characters in Zelda who have distinctive personalities and therefore different leitmotifs. A catchy theme tune will immortalize a character or place and become forever synonymous in the players’ heads.

Bearing in mind our criteria for what makes a great game soundtrack, here we go counting down our Top 10 Best Game Soundtracks.

Alien Trilogy is a first-person shooter released in 1996 developed by Probe Entertainment. Fun fact: it was one of the first games to implement motion capture technology into a video game and received a lot of hype for this matter. It certainly lived up to the hype as it was well-received by players and critics alike.

The Alien Trilogy game soundtrack has been noted as being a large contributing factor to the game’s atmospheric and gripping nature.

This ominous masterpiece is as terrifying as the gameplay itself. Root used samples of Xenomorph screeches from the films woven in between huge synth landscapes and hard-hitting drums samples. Creating what would become a timeless classic in the Alien Trilogy game soundtrack.

It would be criminal if we didn’t show some love for a newer game on this list! The virtual reality rhythm game, developed by Beat Studios, takes place in a spectacular neon landscape as the player chops up blocks representing beat patterns.

The Beat Saber Original Game Soundtrack for the EDM lover is what candy is to a baby! The VR smash hit game soundtrack can be described as powerful, uplifting, and genre-bending music. With clear rock influences put into the context of drum and bass.

Now introducing ad-ons, such as the Linkin Park pack, this game has a lot of future potential to be added to it’s already great concept.

Bully is a third-person, open-world classic developed by Rockstar Games. The game follows the protagonist, James ‘Jimmy’ Hopkins. Who rises through the ranks of the Bullworth Academy to eradicate bullying from the school for good.

The Bully soundtrack is iconic in it’s own right and is adored by many players which harks back to years long passed. It encapsulates the school spirit of the in-game characters with its upbeat percussion paired with an indie-rock feel. The Bully ‘Big Game’ soundtrack is extremely catchy and there’s no song better to fight the Jock Boss!

The Assassin’s Creed series, developed by Ubisoft, is a much-loved series by casual and hardcore gamers alike. Be it in the Holy Land, Renaissance Italy, or in the golden age of piracy in the Caribbean, Jesper Kyd’s game soundtracks provide an expansive soundscape to compliment the stunning visuals and excellent storyline. We could have put any of the Assassin’s Creed soundtracks on this list. But we feel the one that started it all deserves the spot.

BAFTA award-winning composer Jesper Kyd takes you back centuries with his hauntingly beautiful string arrangements and choir vocals. The instrumentation perfectly meshes with the era of The Crusades as you follow Altaïr Ibn-La’Ahad through his missions as an assassin. Jesper Kyd’s Assassin’s Creed Original Game Soundtrack is certainly one for the history books.

Capcom’s Resident Evil 1 was released in 1996 and is accredited with defining the survival horror genre. The fact this series has so many sequels and even feature films displays its popularity. Due to the great story-telling as well as its unnerving atmosphere.

The Resident Evil 1 game soundtrack creates a disturbingly eerie climate for players that will stick with you for decades after hearing it. With dissonant synth sounds and abrupt changes, it leaves you no choice but to stay on the edge of your seat.

The longevity of this soundtrack is a testament to its impact on people as it traumatized a generation. You will struggle to find a better game soundtrack to raise your pulse as you unleash against hordes of the undead.

Kingdom Hearts is a role-playing game series created and developed by Square Enix and Disney. It was first seen in 2002 and the genius behind the soundtrack is Yoko Shimomura. Her scores are well known for their lightheartedness and accessibility for all. With airy flutes and gorgeous piano lines.

The game soundtracks were performed by the New Japan Philharmonic Orchestra and the Tokyo Philharmonic Orchestra. Who provide beautiful textures to match the playful visuals on screen. There are achingly beautiful moments in the score when the orchestra swells to a huge crescendo. It’s certain to pull on the heartstrings of any music lover.

Activision and Infinity Ward’s Call of Duty: Modern Warfare 2 is a fan favourite of the franchise. Due to its killer story mode, as well as the fantastic online multiplayer mode. For this installment, none other than Hans Zimmer took the reins in composing a modern masterpiece.

One of the most iconic game franchises of all time paired with Hans Zimmer, what does that get you? A darn good game soundtrack! Zimmer displays his composing prowess in this heart-wrenching story of brothers in arms and betrayal.

He translated his talents from films to the video game industry. Creating one of the best video game soundtracks ever. His use of strings layered with aggressive drum tracks creates an industrial tone to the music. Which, matched with horrific images in-game, is detrimental to evoking a reaction from the player.

The Halo series is a hugely popular sci-fi series developed by Bungie and  343 Industries. We follow Master Chief John-117 in the war against the Covenant in order to save humanity from extinction.

Straight from the loading screen in Halo 3, an angelic choir soaked in reverb greets you in one of the most stunning sci-fi soundtracks ever created. The bittersweet human voices match the emotion of the game perfectly. It’s no surprise that Halo is the best-selling video game soundtrack of all time.

The great thing about the Halo series is that each of the game soundtracks has its own feel and characteristics. For example, the original Halo had a very disconcerting and mysterious vibe to the music whereas Halo 2 was characterized by more aggressive sounding strings and percussion instruments.

No top 10 video game soundtrack list would be complete without mentioning the Final Fantasy series. Developed by Square Enix, this science-fantasy franchise is truly in a league of its own and has entertained millions of gamers for decades.

Nobuo Uematsu, crowned the ‘Beethoven of video game music’, is a world-renowned video game composer and a huge celebrity in Japan thanks to his work on the enduring Final Fantasy Series. The much-loved scores are even performed at sell-out events by orchestras across the globe.

Upon Uematsu’s resignation in 2004, other notable composers have filled in his stead. It is worth mentioning one of our favourites of the bunch, the Final Fantasy XV Original Game Soundtrack, which was composed by the aforementioned legend, Yoko Shimomura.

With arguably the most iconic theme tunes ever attributed to a game, Mario has our golden seal of approval. It will come as a surprise to nobody that Mario is the best-selling video game franchise of all time with 256 different games and over 690 million copies sold!  Nintendo’s everlasting Mario franchise has touched the hearts of many gamers of all ages and will continue to do so for generations to come.

The original 8-bit theme is infectious and you are unlikely to ever forget it. Upon hearing it, the Italian plumber in his iconic red outfit immediately springs to mind on his quest to save princess peach. The triumphant arpeggio after completing a level and hitting the top of the flagpole is a sound wrapped in nostalgia for countless people.

Whilst perhaps not the most complex or sophisticated game soundtrack on this list, we have no doubt that it is the one that everyone will know.

That Was Our Review Of The Best Game Soundtracks

So, there we have it! That was our Top 10 Best Game Soundtracks!

We chose a range of golden oldies along with some newer entries that we couldn’t go without mentioning. Next time you decide to fire up your consoles or computer, why not take a punt with one of the games on this list!

If you liked this article, why not check out another on our blog! We recommend, Game Designer Guide: How To Become A Video Game Designer, Esports Team: Our Guide On How To Make An eSports Team, and What Musicians Can Learn From The Video Game Industry to get you started! 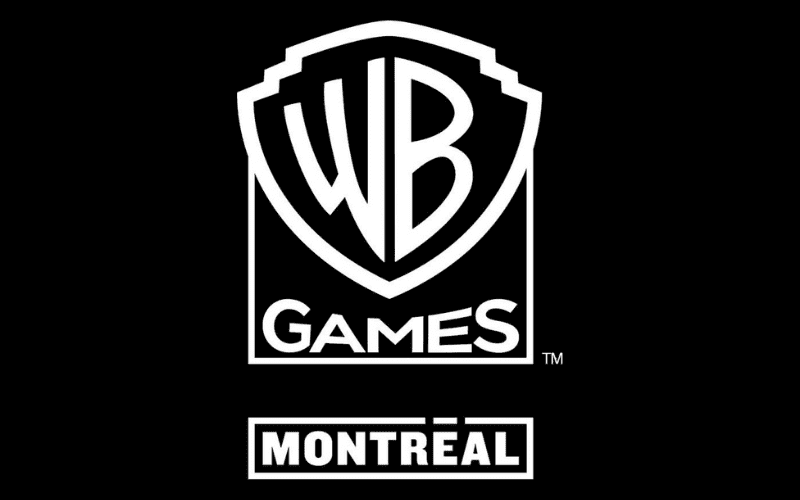 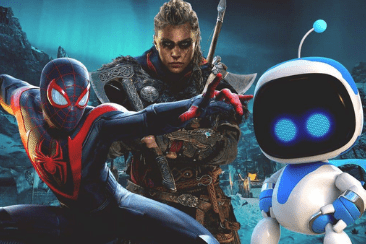 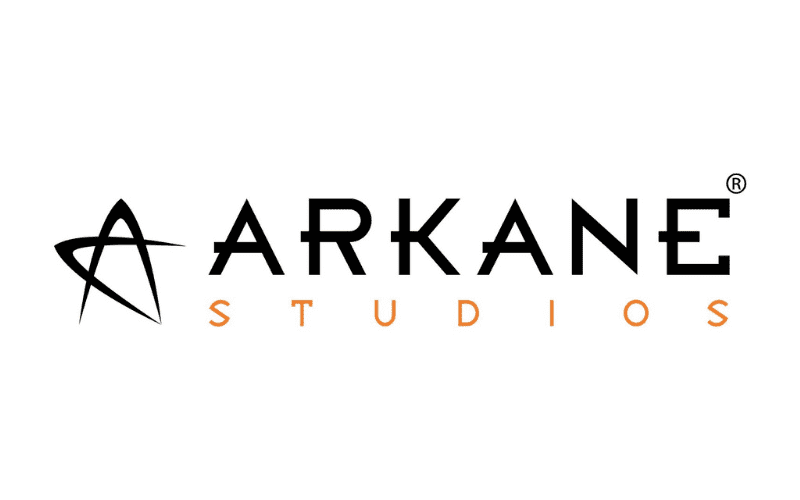