How to Write a Song: Lyrics

In the first instalment in our ‘How to write a song’ series we covered The Basics to writing a song.

Now we’re going to talk all things lyrical. Words exist to convey meaning, the bread and butter of language and communication, they are the air that a lyricist breathes, but that doesn’t mean they have to make sense, as a lot of lyrics do and don’t. Wondering how you can take your lyrics to the next level? Read on… 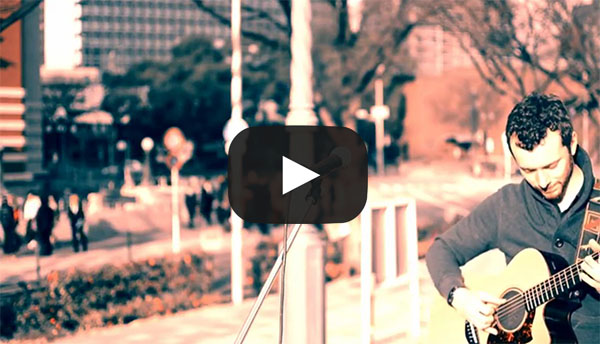 What are you writing about? Knowing what you’re writing about, whether it’s a story or trying to get a message across, or even if it’s just nonsensical ramblings about a particular feeling you have can greatly help you get the right words out. (A great example of nonsense in lyrics is Melancholy Hill by Gorrillaz “Up on melancholy hill, there’s a plastic tree. Are you here with me?”)

Words when spoken are inherently musical. They form shapes and sounds that can be used musically with or without meaning. It’s important to recognise that even if your lyrics don’t make sense, they can have an impact, simply by existing in the mind of the listener they create subconscious associations with experiences that the listener has had throughout their life. Having said that, best not to think too hard about what you’re writing, just be aware of your word choice, each word has a certain flavour that can work towards your emotional payload, or against it.

Start writing, don’t censor yourself before you’ve even put anything down, as a celebrated writer once said: “Write it, then get it right”. Brainstorming and streams of consciousness can be surprisingly useful. Fill a page or two of ideas, then you can worry about organising it and taking the best bits, maybe it will fall into place first time, maybe it will take a few days/weeks and a huge amount of edits. The important thing is that you write it.

Jot down the structure in terms of verse bridge chorus middle eight, having a feeling of where you are going and what each section means to you will help you define what your lyrics are trying to accomplish in each section.

Context is important, consider placing an uplifting chorus using major chords next to a minor based verse or bridge to really emphasise the feeling in each.

An obvious one, but has to be said, practise. The more time you spend writing lyrics the better you will get, simple.

You don’t have to rhyme in your songs, but chances are you’re going to want to, as more than 90% of songs include this important technique, it’s a really good one to learn how to do right.

It’s hard to talk about rhyming without mentioning rap, so before we get into when where and how we rhyme, here are two songs that have excellent rhyme techniques employed.

This is a great example of rhyming because the verses are fast and have internal rhymes that move and repeat, demonstrating that there’s so much you can do with rhyme and it doesn’t have to be just at the end of the line. The chorus words slow down, stretch out, are simple and contrast nicely with the verse. 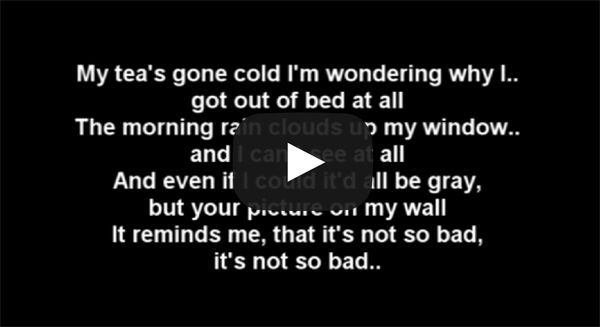 Love him or hate him, he knows what he’s doing when it comes to lyrics. Some would say he’s a genius, I don’t know if I’d go that far, but listen to Stan, and hear the master at work. Perfect example of rhyme in the context of a story, there are examples of internal rhyming and imperfect rhymes, and many great examples of knowing the rules and how to break them.

So with that said, what are the ‘rules’ of rhyme and how can you use and abuse them in your songs?

Rhyming is used to emphasise words, so you can put focus on things that are important to your song, it’s a very musical technique of writing and if you’ve written the melody first and are putting words on top it should be obvious where the rhyming words are going to go.

It’s not the end of the world if you write the melody second, though you are likely to fit the accented notes around the rhyme words, though eventually you can experiment with using the rhymed words.

These two aspects don’t have to be written separately, writing lyrics and melody together is not only possible, it’s somewhat common, so give it a try if you haven’t already.

Keep it simple, the fewer words and syllables you rhyme with, the easier a time you’re going to have writing and fitting everything together.

Young and gifted, my tongue’s prolific

Young and tongue, and gifted and prolific are both internal rhymes here.

Gifted and prolific are also good examples of imperfect rhymes, as they sound similar, as the ‘I’ in g-i-fted is stressed to rhyme with the ‘I’ in prol-i-fic, but the ‘ted’ in gifted, doesn’t quite fit with the ‘fic’ in prolific.

Another important thing to consider when rhyming is the Rhyme Scheme.

Rhyme Scheme’s are kind of like chord progressions, they are able to create tension and release, and are very musical, even when not set to melodies.

All it means is how each line relates to each other lines; you might have a rhyme that goes like this:

Here we have an AABB-CCxx structure, you could break it up into AABB, and CCxx. The AABB is fairly common and straightforward, rhyming the words at the end of each line with the words in the next, this sets up the pattern and the expectation of the listener. So when it is followed by CC we are expecting there to be a DD, but by breaking the pattern the last two lines are emphasised in the melancholic way that Simon and Garfunkel had intended.

Other common rhyme schemes include: ABAB, ABAC, ABCB, AAAB, ABBB, but they can be much longer such as ABAB-ACAC.

When writing rhyme, it’s best not to get too caught up in the technicalities of how you are going to write each verse and plan each word etc. however being aware of these things is incredibly useful for when you have written a verse or an entire song, and something isn’t working, and just needs a little tweak. Then knowing about internal rhymes and schemes can be very useful.

Inspiration is a tricky thing. It comes and goes, but just because you’re not feeling inspired doesn’t mean you don’t have to write. Get out of the mind-set that you can only write when you’re inspired, it’s simply not true, and will severely limit how much you can accomplish. By that I mean that there’s no such thing as inspiration, of course there is. But that doesn’t mean you won’t come up with good material when you’re not particularly inspired, and if at the end of a long session you’re still not coming up with anything, don’t push it, go do something else and come back to it. But do avoid the trap of going weeks, or even months at a time of not writing simple because ‘you’re not inspired’. It’s an excuse.

Reread what you’ve written, go over it back to front, and get someone to read it out for you, think about how it fits into your themes and what you’re trying to say. Take it into another room and work on it, write outside, clean your room and let your subconscious take over for a while.  All of these things are great ways of forcing your mind to process the same information in different ways and can help you move past any blocks you might encounter.

Go out and live life, some people spend so long writing songs, that they start writing songs about writing songs, and that’s not to say they aren’t good songs, but maybe fewer people can relate, and it all gets a bit neurotic and heady. Go to the park, meet up with a girl, get drunk, or quit your job (maybe not that last one), but do whatever you need to do to build up experiences that you can write about.

Last but not least, enjoy it, writing is supposed to be fun, and therapeutic at that. If I don’t write at least one thing a week, it starts to boil up and I end up letting it out in uncontrolled and weird ways (I won’t go into that here, but I’m sure you can imagine).

Song Comments For Music: How To Show Appreciation For Singing

Over the years we have seen thousands of talented singers pass through our auditions. In that time, our judges have delivered many song comments for music...

How To Promote Music On TikTok & Make Money From It

TikTok as a social media platform is certainly one that you need to jump on board with if you haven’t already. There is so much scope right now in terms of...