Music Jobs: The Publisher Who, Why, How, Where, When?

To best understand what publishers do you have to be familiar with the concept of Copyright and how it works. Music Publishers deal with the Publishing Copyright – the song and the lyric. Managing those copyrights involves a number of responsibilities depending on the type of deal. Here I will describe the Publisher’s role and responsibilities for the different deal types. 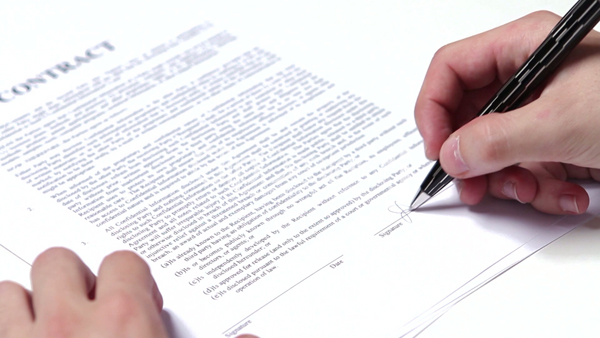 With this deal the rights to a song would be assigned to the publisher (they will own them) for a certain period of time (term) and in return they would have to actively look for opportunities to license the song and earn royalties for the songwriter. They would often keep 10-20 % of the income however the contract is always subject to negotiation based on the circumstances. The publisher would have more control over the licensing, however the artist would still be able to deny a license due to their Moral Rights which in the UK state that the author of a musical work has the right:

1. to be identified as the author of the work or director of the film in certain circumstances, e.g. when copies are issued to the public.

2. to object to derogatory treatment of the work or film which amounts to a distortion or mutilation or is otherwise prejudicial to the honour or reputation of the author or director.

A simple example would be if the singer of a band is a vegetarian, they would be able to deny putting their song on a fast food restaurant advert.

With this type of deal the songwriter would have to assign all of their compositions made during the term of the contract to the publisher. In return the publisher would provide an advance and start actively looking for opportunities to exploit the songwriter’s catalogue bringing revenue to both sides.

Advances in the entertainment industry are “recoupable but non-refundable”. This means that the publisher would keep the income from exploiting the songs until the advance is paid back, and once this has happened the income will be split accordingly. If the advance isn’t “recouped” however, the songwriter has no obligation of paying it back to the publisher.

By using an administration (admin) deal you would keep the control over exploiting the songs and the ownership of their copyright. The publisher will then be responsible for registering your songs with collection societies such as PRS, and collecting royalties due to you. They will also chase up any royalties which haven’t been paid and keep a percentage of all royalties as payment.

Why do you want one?

They would have experience in licensing songs for TV, Film, Covers, Remixes, Adverts and pretty much anything that might require music. They would have the understanding of how to deal with synchronisation contracts and would maybe be able to negotiate better terms. Furthermore if they are looking after the publishing side of things, you would have more time to concentrate on writing new songs, instead of having to worry about publishing related issues.

When should look to you get one?

You have two options here and they both have their good and bad side.

Starting to look earlier in your career:

In principle publishers would be interested in successful artists/songwriters maybe with a record deal behind their back already. There are publishers however that would sign you before a label, and help you find one, or offer label services alongside publishing ones. Publishers can be a big driver for developing your career, as the right sync deal can bring you a high amount of publicity and industry attention. On the other hand you need them more than they need you, so they will have the leverage when negotiating the deal, including advance and income splits.

Waiting for the offers to start appearing:

If you don’t rush into getting a publishing deal and you see that your career is starting to develop nicely, it might be worth waiting some more. Attracting attention from a number of publishers at a high in your career would mean they need you more than you need them as you have a number of offers lined up. In order for them to beat their competition, they then have to offer better terms than them and maybe a higher advance, and you have the leverage in this situation. An interesting example of such a technique is when The Darkness signed a $3.5mil deal for 2 albums back in 2003. The only issue with this method is that you would have to wait a while to reach that stage, and a publishing deal might be quite helpful in the meantime.

Whichever option you choose, having a publisher is key to making money in the music industry, as their experience and contacts within the sync circles could be the difference between featuring your song on a Hollywood blockbuster and having worldwide success or not.

DUET SONGS – 17 Of The Best Duets Of All Time

by Ruth Scammell Singing together is a very good idea and can be really enjoyable. Duet songs are a different kind of performance but it doesn’t make...

What Is A Chord & How To Play Them

Music chords are the harmonic framework found within music. Learning how to use them can provide a greater understanding of music theory which can be...

What Is An ISRC Code & How To Get One

If you’re asking yourself, ‘do I need an ISRC code’? Then the answer is yes. Yes, you do. These codes are 100 per cent necessary if you’re releasing music...