This article is part of a series looking into the process of making a music video on a budget. Read the previous articles here:

Music Video on a Budget – What can you afford?

Music Video on a Budget – What is your concept?

The key element to a successful, cheap video shoot is planning as much as you possibly can. A certain amount of improvisation will be required for the shoot itself most of the time. However knowing what you’re going to shoot and the shots you definitely need is absolutely imperative.  Remember that more footage is always better than less, so maximising your time to get as much footage as possible is the aim.

Most of your costs- as we’ve discussed previously- will come in the form of your camera, your locations, your props and your people. If you can plan everything else, you can seriously cut down your budget. A good place to start is by producing a storyboard; even for the not particularly artistic this shouldn’t be a problem; stick men will work just as well. I’d advise drawing out each shot on small slips of paper or post it notes at this stage so that you can move around shots and the order of events if need be. This is a much more flexible way to approach your planning. If you want to then draw these shots up into a better format later, feel free. 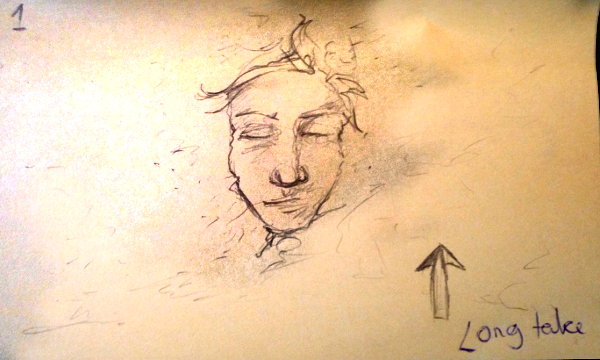 Most people will have a relatively good eye for what looks right on camera, but there are a few notes to make for those with less knowledge of film. Firstly, you have roughly 5 types of shot.

If you’re not confident with a camera and don’t have anyone with filming experience involved, avoid making your shots too complicated. It’s better to have a simple shot you know you can get right then gamble on a complex one.

The second is the 180 degree rule. Whenever cutting between shots, avoid wherever possible turning the camera angle 180 degrees or more. This can be very jarring for a viewer and disorientate them. However this could be used as an effect if that’s your intention.

It’s important to try and include information for your camera movement in each shot- for every frame you draw try and explain what the camera is doing- usually via a dark or specifically coloured arrow or notes included in brackets. You might not know the technical terms, but that’s not a real problem. The main point of this is to get your ideas down and consolidate your concept into something more practical and feasible.

Not only does this give you a framework to build from but it should also raise flags about any potential issue or extra cost. Will it be reasonable to produce this shot with the equipment you have? Will you need a crane or tripod for certain shots? A hand held camera will come with inevitable movement and jittering, so if you want a still frame you’ll probably need to get a tripod.

Our storyboard went through a three part process; initially the Musician drew a simple stick figure version of the shots as he envisioned them. He brought these to me to turn into slightly more detailed shots. I started initially with the key moments then filled in more incidental shots, and we added details for camera direction. We should have included more thorough details at this point, ideally, as later we found it more difficult to show what we wanted to happen with the camera.

Now we had all the shots put together we laid them out on a table in order to rearrange and imagine the length of each shot. Once we had the correct order the Musician took a quick snap of each image and uploaded it onto his computer. Using basic video editing software he put together a rough cut of the storyboard to the latest version of the track.

After you’ve worked the storyboard out put together a shot list- work out exactly what shots you need to film to get each image in your storyboard. From here you can then work out 1) who you need, 2) where you need them and 3) what props you need.

Try and organise your shot list in a way that will be more practical for you. Which shots take place in the same location or from the same angle? Which use the same props or cast members, and can you film those shots together?

Remember, a storyboard is a guideline; don’t add more stress to yourself trying to adhere to it if it just won’t work practically

As we were taking time out of our professional Filmmakers schedule for shooting and editing, we put aside a portion of our budget as payment for them. As a result we had to make sure we had as much planned as possible, as well as a copy of the accompanied storyboard to pitch to the Filmmaker.

Our Filmmaker said that for her, the most important part of preparing the video is making sure that everyone is on the same “creative wavelength and that you have shared as many examples of other art and media that compliment or contradict your vision as you can.”

Taking some time out to look at examples of other similar music videos, shots, pictures and styles that you’d like to emulate is very important. Equally, looking for things you want to avoid is also invaluable; you’re not looking to copy anyone else’s work, but it makes it a lot easier to get everyone on the same page.