The Best MIDI Keyboards For Sale 2020

Welcome friends! In this article, I will give you a hands-on rundown of five of the top USB midi keyboard controllers for sale today that gives you good advice on what to purchase for your DAW / beat maker and home recording studio set up.

Sit back, reflex and soak up my insights aimed at saving you bundles of time scouring the internet.

Just to start you off, let’s explain what is MIDI?

Very much like the professional sports sector, Music has always developed alongside (and intertwined) with technology.

The first iron-framed piano allowed Beethoven and his contemporaries to push the instrument ever louder experiment over 7 octaves (more in some cases) rather than the 5 afforded to Mozart on the Harpsichord.

Rickenbacker’s (or Rickenbacker as they were at the time) electrification of the lap steel guitar paved the way for a new wave of amplification and playing, and Leo Fender’s electric guitars changed the face of music forever.

The musical world before the 1980s was populated by specific tools.

MIDI In The Dawn Of The Digital Age

But the dawn of the Digital Age and the rise of DAW controls and virtual instrumentals (free VST Plugins) such as AVID Pro Tools X, FL Studio, Steinberg’s Cubase, Reaper, Logic Pro X and Ableton Live also brought with it a new tool in the musician’s arsenal.

MIDI (Musical Instrument Digital Interface) was a standardised digital language that was the brainchild of Roland founder Ikutaro Kakehashi in conjunction with the likes of Oberheim Electronics, Sequential Circuits, Yamaha, Korg, Kawai and Moog.

This universal digital language allows musicians to use MIDI keyboard controllers not only to make a huge array of sounds from one individual keyboard but also to allow them to use those devices to talk to other systems and sync together using a common clock and BPM.

MIDI could be used to trigger sequencers, other MIDI instruments and load sounds or voices from other sources, empowering musicians to the extent that the only limit to what could be created was their own imagination.

MIDI In The Modern Day

Fast-forward nearly forty years and MIDI is as ubiquitous in music as guitars. Whether you are using a MIDI keyboard with pads to trigger loops and backing tracks for performances in conjunction with a software like MainStage 3 or Ableton.

Whether you are playing directly into your DAW to be able to re-create a world of different sounds, or whether you are programming complex drum patterns – the world of MIDI keyboards is one that can seem daunting.

Here are the top five that appeal to me:

In the MIDI game, it’s not an overstatement to say that AKAI is one of the biggest players. They have a range of keyboards to suit every budget and requirement.

It’s a mini midi keyboard that packs a punch, lightweight and portable and doesn’t require any power supply apart from the USB connection, which means it’s incredibly good if you are going to use it for live performance.

It has 8 very responsive pads that you can assign to triggers or drum sounds or whatever you want and an A/B Bank button which means you can have up to 16 options.

It also has 8 knobs which you can assign to controls such as volume or LFO controls for Synth sounds, etc.

I have experienced some issues with the joystick pinging random MIDI notes rather than carrying out the pitch bend so you need to be a little careful in choosing the correct software instrument.

The MPK has a built-in arpeggiator which works perfectly.

A lot of the key buttons are backlit which lets you know which bank or which octave is live and even which pad is currently responding.

You can also add in a sustain pedal input via the jack on the back which gives you a few more options for using more of the traditional piano sounds.

On top of all this, the AKAI MPK also comes with a free download of Ableton Live 10 Lite! This means you can get started with music production straight away with a free DAW included.

Overall, the AKAI MPK is a great all-rounder cheap MIDI controller keyboard and perfect for a working recording studio or for live performance.

Let’s get the obvious out of the way – this thing is weird.

The ROLI Seaboard looks like it’s come straight out of the console of some alien mothership lost in deep space.

It feels a bit like that too – the soft rubber keys feel strange like there’s some kind of gel beneath them that moves around underneath your fingers and responds to the weight of your press (semi weighted keys).

As well as subtle sideways movements to make with your fingers to achieve vibrato and you can even slide between notes and use the panel across the top to manipulate the sound.

Eagle-eyed movie buffs might recognise the Seaboard as one of the tools used by Ryan Gosling’s character in the scene in LA LA Land where Gosling performs as part of John Legend’s band and gets a nice solo on the Seaboard, showing off some of the instrument’s capabilities quite effectively in the process.

See The ROLI Seaboard In Action:

The cost might be enough to sink the idea for a lot of users but it’s no exaggeration to say that when it comes to how much you can manipulate and humanise each note, there is nothing like the Seaboard.

The functionality literally at your fingertips is astonishing and furthermore, the Seaboard forms part of the wider ROLI ecosystem which can lead you down a path to the ROLI Blocks for another totally different method of input and the software kits (including iOS Apps) that give you a totally new world of sounds and recording.

With the vibrato and modulation wheel effects right there on the keys, the Seaboard is particularly effective at some of the synth and stringed instrument sounds. On the ROLI website, there are some incredible guitar-like tones which you can’t really get from any other MIDI keyboard.

With the price involved and the added complication of essentially learning a new instrument in order to master it, this is a MIDI controller not for the fainthearted – but hey, since when have musicians been fainthearted? Fortune favours the bold!

While the launchpad is not technically a keyboard, in 2019 you can’t have a conversation about MIDI controllers without at least acknowledging the Launchpad.

The Launchpad was designed by Novation specifically for working with Ableton and so it is absolutely amazing in a live performance setting or a recording situation where you are reliant on creating loop-based music.

Bands such as HANNIE have really delved deep into what is possible with a tool like the Launchpad and for figures like Timberlake, they are a mainstay of the studio desk.

It is great for playing in drum sounds. But it can be used for so much more! The colour-coded display (each of the 64 pads are underpinned by Red, Green and Blue LEDs) matches the colours of your clips in Ableton. It can be used to launch clips and create entire songs as well as control the mixer, start and stop loops, arm tracks, and control volumes, pans and sends.

See The Novation Launchpad In Action:

The Launchpad is designed to work with Ableton Live & Ableton Live Lite. So if that is your major DAW, it’s very much a plug-and-play tool for music production.

It will still work with other DAWs, including Logic Pro X and Pro Tools X but there may be a little bit of set up required.

For me, one of the best things about the Launchpad is how it allows you to engage with your tracks in a more creative manner. Especially when you are looking at working with percussion or drums and looping. However, for some, it might be seen as something to be used in parallel with a more standard MIDI keyboard rather than instead of.

If the Launchpad on its own is a little too much of a jump, Novation also makes an excellent product called the Launchkey which gives you (25 keys)  25 number of keys with 16 LED pads which is a good alternative.

The Arturia MiniLab mini keyboard comes in at a similar price to the AKAI Professional MPK, and at first glance it looks very similar from a features point of view, but despite looking great with a white shell and wood panelling effect on the edges, there are actually a few features under the hood that give the Arturia the edge over the AKAI.

The keys and pads are velocity-sensitive which makes them a lot more responsive for performance, recording, pitch bend and modulation.

This responsiveness comes in really handy. Especially when using the Grand Piano D VST plugin that is sampled from a real Steinway Grand Digital Piano. It sounds absolutely gorgeous. The best thing? It comes with the keyboard as a free download!

From electric pianos to analogue mono synths, string machines to modular monsters, and everything in between.

The Korg nanoKEY Studio is a great tool for step-recording. The spaced-out key-buttons are velocity-sensitive and have a cool Scale Guide function which highlights the notes in a scale with a backlight. So even if you are relatively new to keyboards as a way of making music, the keyboard can make it easy for you.

The keyboard includes 8 trigger pads which can be used for drum sounds. A nice feature is that you can also use them to play chords in the key that you have selected.

And, being a Korg product the middle is graced with a touchpad inherited from the KAOSS PAD and Kasossillator. This allows you to control a synthesiser with one finger; Or control a plugin in the same way as the old-style KAOSS PADS work.

The nanoKey is Bluetooth compatible as well. This means it can be used either with a computer or on an iPad or iPhone with Garageband or KORG Gadget apps.

So Which MIDI Keyboard Is Best?

As with all things in how to make your own music, the answer to which piece of kit works best depends on what the use case is.

If you are looking for a cost-effective all-rounder, then the Arturia is probably the best model to choose. Especially given the additional software that comes with it.

If you’re looking at drum programming and live performance, then the Novation Launchpad is a great option. Plus if you’re new to recording and performing with MIDI then the KORG will be great.

Ultimately, the ROLI Seaboard is the coolest (in my humble opinion) of the lot. And the sheer capability of it is amazing! If your budget is unlimited and you have a bit of experience with MIDI, knock yourself out! 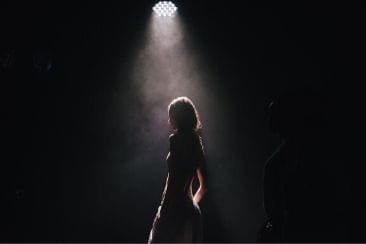 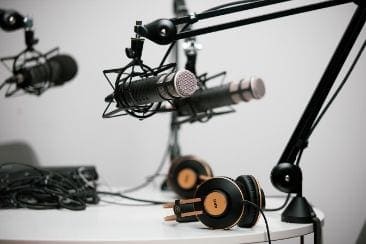