What Is An 808 Drum Machine And How Is It used?

Hip-hop and pop lovers will have definitely heard the phrase “808” at least a few times in songs. This is a reference to the revolutionary 808 drum machine introduced in the 1980s. There are many drum machines about, but the Roland TR-808 drum machine was one of the first programmable machines. The 808 is by far the most iconic drum machine of its time.

What Is A Drum Machine?

A drum machine is an electronic instrument that creates drum sounds, beats and other percussion sounds. Drum machines were introduced to emulate the sound of a drum kit and other instruments in the percussion family. Most drum machines that are produced today enable musicians & producers to programme their own beats.

These machines also create sounds using samples or from audio synthesis. Drum machines can be used for a range of things from playing simple beats on a loop to producing complex, multi-layered songs in many different styles. Invented in the early 80s, the most well-known drum machine was produced by the Roland Corporation.

Features Of A Modern Drum Machine

Pressure-sensitive pads: These pads make different noises when you tap them with your fingers. Depending on which sounds you allocate to each pad, whether it be a traditional drum sound or new snare, you can tap out a sequence that you can store and use within your music.

Built-in VST effects: Most modern drum machines will come complete with a range of weird and wonderful effects installed. You can experiment with these sounds to your heart’s content.

Programming and editing features: These features allow the artist to record their own sounds and mix them with the drum machine’s presets. Depending on the type of the drum machine, sequences and patterns can range from as little as 10 to over a thousand.

The History Of Drum Machines

In the 80s, drum machines shaped genres of music such as techno, dance music, hip-hop and pop, however, similar, non-electrical instruments have thought to of been around since 1206. Ismail al-Jazari, an Arabian engineer, designed a programmable drum machine that included levers that created percussion sounds.

There were also a few instruments invented in the early 20th century such as the Rhythmicon and the Rhythmate which had a similar sound to the modern drum machine. Selling around 100 units each, these machines were complex to operate and expensive to purchase – eventually, these models were discontinued due to their commercial failure.

The first “compact” drum machine to use drum sound synthesis was introduced in 1972 by Eko. The Compute Rhythm had a 6-row push-button format that allowed the user to play a pattern manually.

The main difference between early drum machines and ones produced after Ekos’ Compute Rhythm composer in 1972 was the way in which sound was generated. Older models used audio synthesis to make sounds rather than digital sampling. Many other music instrument manufacturers including PAiA, Ace Tone and Boss also released drum machines, but Roland’s TR-808 drum machine really shaped up the music industry.

Drum machines have revolutionised pop and other genres of music – the most popular machine is the “808”. This drum machine was created in 1980 by Ikutaro Kakehashi, the founder of the Roland Corporation. Its unique “dribbling” bass drum sound is what gained this machine so much recognition – the quest of the perfect low-frequency sound synonymous with an 808 is a tough process for musicians.

The TR-808 made sounds of many acoustic percussion instruments: the bass drum, toms, snares, rimshots, claves, a handclap, cowbell, cymbals, and the hi-hat.The TR in TR-808 stands for “Transistor Rhythm“. Using a step sequencer, musicians were able to program up to 32 patterns and were also able to place accents on individual sounds using the CR-78 feature.

The 808 was also the first machine artists could program a track from start to end. Producers had complete control over music production using the 808 with numerous audio outputs, volume knobs and DIN sync. It also included three trigger outputs which could synchronise with other musical equipment such as synthesisers.

Despite its glory, this drum machine took a while to be adopted by mainstream music producers. The machine was only popular amongst an almost cult-like network of underground artists. It’s affordability, ease of use and the “booming” bass drum made it become a very sought-after piece of equipment.

Eventually, the popularity of this item spilt over into the realm of popular music and featured on tracks from artists including Marvin Gaye and Whitney Houston. LL Cool J, Run-DMC and Public Enemy are examples of hip-hop artists that used the 808 during live DJ music sets and on stage as well as during production. The use of the 808 drum machine in this way led it to be described as hip-hops’ equivalent to the Fender Stratocaster guitar in rock music.

The New Yorker even wrote that:

“the trembling feeling of the 808 bass drum, booming down boulevards in Oakland, the Bronx, and Detroit, are part of America’s cultural DNA”.

Even after the 808 declined in use by hip-hop producers in the 90s, the drum machine still remained a key sound of east coast hip-hop beats.

In the UK, the TR-808 drum machine became popular through the electronic group 808 State, who’s name was influenced by the machine – with no surprise many of these groups’ songs heavily featured the 808.

“The Roland gear began to be a kind of Esperanto in music. The whole world began to be less separated through this technology.”

The rise of rave culture and acid house in the UK also gave the 808 a new meaning – the machine was prevalent in the dance scene in the UK during this time. The Roland 808 is still used occasionally in the 21st century. Rappers such as Kanye West put this iconic drum machine back into the spotlight with his 2008 album. Other musicians who have utilised the 808 for hit records include Dr Dre, Rick Rubin, Fatboy Slim, Afrika Bambaataa, Bassnectar, David Guetta, Albarn, New Order and Diplo.

After selling around 12,000 units, the TR-808 was discontinued in 1983, but it left an enduring effect on music. With the rise of samplers, digital audio workstations and other musical innovations, standalone drum machines became less common. You may still be able to find an original 808 machine on places like eBay.

Following the discontinuation of the 808 drum machine, in 1984 Roland brought out the TR-909 – the first drum machine to use MIDI. This meant that the newer model was synchronised with other musical instruments that were built by different manufacturers (as long as they also used MIDI).

The TR-909 was also one of the first machines to use samples for sounds. The TR-909 was not as successful as the 808 and it was ultimately discontinued a few years later, however, many cheaper alternatives were brought to the market by other manufacturers. Kakehashi has also been accredited for many other musical revolutions such as MIDI technology.

The most important element of the TR-808 machine is its sequencer. Through a row of 16 distinctively coloured buttons, musicians can easily program and store their own beats. Each of these 16 patterns has a first and second part along with an A and B variation (this will allow you to create a 32-step pattern when switching the pattern write knop to the 2nd part).

To start off with you must ensure the variation switch (top left) is in the A position. To start adding instruments into your pattern, use the instrument select knob to choose the sound you want to use first i.e. bass drums. Simply click the step buttons where you want the beats to happen and you should hear the drum hits. The positions where you sequenced in your drum machine hits will always stay lit up.

There are also a set of controls (top right of the machine) that will allow you to adjust sounds in real-time – this is where you can get creative.

To programme the 2nd part of steps, turn the pattern knob button to “2nd part” and select which pattern you want to edit in the same way.

After you have programmed a collection of patterns and set pattern lengths, it is now time to turn these patterns into a song. You will need to turn the mode knob to “manual apply”.

See a TR-808 in action playing some of the most famous 808 beats below:

Produced in 1982, Planet Rock, paved the way for a new sound in hip hop and techno. The crazy-sounding 808 kick and hi-hats pattern was one of the firsts songs to incorporate an 808 Drum machine.

The first time the world probably heard a hit track using the TR-808 drum machine was in Sexual Healing by Marvin Gaye. This song blended many signature 808 sounds such as the kick drum.

You could really pick any song off the Indian composer’s extraordinary Ten Ragas to a Disco Beat, a 1982 album that used the sound of 808 in new and strange ways. Many of Singh’s’ songs from this era also used the bass synth TB-303 in equally creative ways.

Love lockdown, like many other tracks on Kanye West’s 808s and Heartbreak album, is centred around simple, yet iconic 808 beats.

The end part of this classic Lil Wayne track is made up of only three sounds from an 808 machine: a looping sample, a kick and a snare. And it was produced by none other than Mr West himself!

Another popular song from this century that really brought back the sound of the 808. A classic from the 2013 ‘BEYONCÉ’ album, Beyoncé’s’ Drunk in Love single featured harsh processed drums, hi-hats and snare beats throughout.

Where Can You Get An 808 Drum Machine?

The rise in Lo-fi music and other genres that pay homage to early hip-hop and pop culture has influenced many companies to make replicas of the Roland TR-808 drum machine. So rest assured if your searching for original TR-808 results in nothing, companies including Boss, Alesis and Zoom produce machines that are used in the same way and sound similar to the TR-808 drum machine.

If you’re after the classic 808 but don’t want to invest in an actual drum machine, many hip-hop and trap drum kits include samples from the original machine.

With there being an 808 day taking place in just a few months on August 8th, why not embark on your own project?

The legacy of the Roland TR- 808 is still alive, and you can add to its vestige by producing your own music that pays tribute to the 808’s booming sound. Coming across an original 808 may be tricky but many drum machines can imitate the sound.

Pretty much all drum machines are also compatible with DAW software, so you have the chance to be even more creative with this piece of equipment!

At Music Gateway we also offer a range of free drumkits that include samples from original drum machines such as the Vintage Hip-Hop Kit and the West Coast Drum Kit. Experimenting with these samples will have you making 808 inspired beats just in time for 808 day! 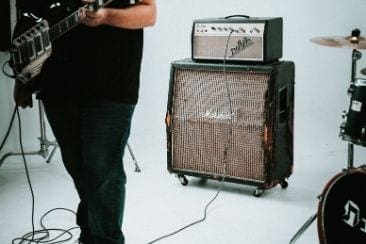 How To Use Distortion Creatively

Before we begin to discuss how to get creative with distortion, let’s firstly cover the question “what does distortion mean in music?” Distortion is... 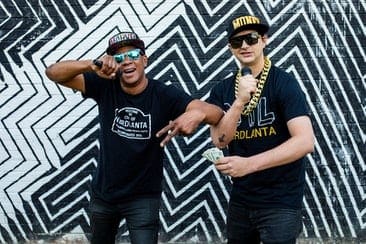 How To Become A Rapper (With No Money) – What Do You Need?

Do you have dreams of becoming a famous rapper? Do you have the talent and the drive but not much money? Then you have come to the right place! Rap music is... 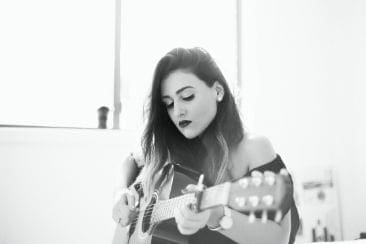 These unprecedented times call for unprecedented measures and ideas on how to stay connected to your audience and fans. Most of us have probably experienced...