Vibrato In Music – A Guide

Music professional or not, the term ‘vibrato’ will be a recognized one. Vibrato is a singing technique that can make any singer sound world-class!

Nowadays there is some confusion about what vibrato actually is. Vibrato in music is the subtle fluctuation between several pitches. The sound of vibrato, in the human voice as well as in instruments, can create a warmth and depth which may exceed that of straight tone performance or where sustained notes do not wobble between pitches.

With vibrato, the pitch oscillation should not surpass a semitone above or a semitone below the main note. Anything greater than that is technically known as a trill between two notes. Each rapid vibrato and slow vibrato are possible, depending on the musician’s technique.

Types Of Vibrato In Music

Before we go into detail about the types of vibrato in music let’s consider what vibrato is not. Vibrato doesn’t come from shaking or moving the jaw despite it being dramatized by singers such as Whitney Houston and Mariah Carey in the 80s and 90s.

It is also not a vocal trill; a trill happens when a vocalist sings between two adjacent notes very quickly. True vibrato actually revolves around a single note in contrast to a vocal trill which goes between two notes. There are three main components of vibrato: pitch, volume, and timbre.

There are several types of vibrato used as an instrumental and vocal technique:

Vocal trill vibrato is usually taught through the matching pitch to the ones played on a piano. The singer moves up and down in pitch through a half step (known as a semitone), starting off slowly then increasing in speed, following the notes played on the piano.

This is a vocal vibrato technique that trills back and forth between two semitones. As we know trills are not true vibrato, but they imitate the effect. Natural vibrato does not range as far as a semitone. Pure vocal vibrato happens from gentle changes in laryngeal airflow, though techniques such as trilling will produce an imitation of the vibrato effect.

The consequence of this method of learning vibrato is generally a ‘vocal wobble’, as it is hard to attain the rapid six to eight oscillations per second rate which is perfect for vibrato. Trilling needs to be limited, this is because there is a danger of becoming too accustomed to the physical motion of the trill that its quicker rate and wider pitch excursions unintentionally intermix with those of a singer’s typical vibrancy rate.

Airflow is controlled by the episodic and rhythmic movement of the abdomen, which creates a false vibrato. This technique only creates the illusion of natural vibrato and may weaken airflow over the course of performance. Plenty of singers develop this bad vocal habit in order to have some sort of vibrato when no healthily, technique-obtained vibrato is actually present.

Several singers aim to develop this type of vibrato and provoke the pulsating of the diaphragm. They do this by rapidly and rhythmically pushing on their abdomens below the sternum with their hands then vocalizing on a single note or they try to pant like a dog to train the abdominal muscles to pulsate on their own. Panting especially is usually counterproductive, as it sometimes causes light-headedness due to hyperventilation, which is the opposite of efficient and skillful breathing that should be maintained throughout sung phonation!

A singing vibrato that broadly (and fairly slowly) fluctuates between pitches is called a vocal wobble. It is commonly taught through the mating pitch to the one played on a piano. The singer moves up and down in pitch with a semitone. It starts off gradually and eventually increases in speed to follow the notes of the piano. The result of this method of learning vibrato is a vocal wobble.

The term jaw vibrato depicts the method of mimicking vibrato by rapidly quivering the jaw and tongue. Singers, as well as brass players, use jaw vibrato the quivering of lips, jaws, or tongue to adjust the pitch. Several singers call this the ‘gospel jaw technique’. The movement produces rapid variations in tone and in vowel formation, leaving the listener with the impression that the singer is generating vibrato.

However, the vibrato that is created by moving the jaw or even head does not typically have a natural sound, and the singer can look jittery when singing in this way. A shaking of the neck, mixed with the wagging jaw and a waving tongue is indicative of faults that originate from bad breath control and structural support.

Additionally, the tension that is produced by this method can be severe and can affect the health of the vocal instrument. The minor vibratory motion may be shifted from the larynx to the tongue or jaw without corrupting a good timbre. However, habitual shaking is symptomatic of technical difficulties.

Even though the terms “vibrato” and “tremolo” are occasionally used interchangeably, each of the two words describes a different aural phenomenon. Vibrato is a pitch variation where an instrumentalist or singer’s vibrato acts as a gradual rise and fall in notes. Vibrato alters the frequency of a waveform.

In contrast, tremolo is about volume variation. The sound of tremolo denotes small fluctuations in volume. Singers can generate a tremolo effect by changing the airflow through their vocal tract. Instruments regularly produce tremolo using electronic effects found in pedals and amplifiers. Tremolo signifies an alteration in the amplitude of a waveform. Notably, the whammy bar of various electric guitars is occasionally called a tremolo arm; however, this term is musically inaccurate. Pressing and lifting the whammy bar generates an alteration in pitch which would make it more of a vibrato arm.

Many instrumental performances involve vibrato – the use and technique depend on the instrument.

In order to play vibrato on a guitar, it requires gently bending a string back and forth after striking it. An electric guitar can also create vibrato using stompbox pedals or amp effects. Using the same method as with an electric guitar, an electric bass can produce vibrato too.

These are some of the classic instruments expected to be in an orchestral string section, which make sufficient use of the vibrato technique. Steady, delicate vibrato helps string players uphold notes and produce a full, rich sound.

Brass instruments generate various notes in harmony with the overtone series, and musicians regulate pitch by altering the embouchure of their lips using the instrument’s mouthpiece. Nonetheless, it is feasible to produce vibrato with the use of the diaphragmatic method, the hand rocking method also known as the “shake”, or even the jaw vibrato technique.

Woodwind players, in particular flutists, usually use diaphragmatic vibrato to change the airflow, as well as the pitch of their instruments.

How To Prepare To Sing Vibrato

A professional singer can create vibrato in every part of their vocal range, from the breathier high notes of their head voice to the resonant low notes of their chest voice. It is recommended that singers work alongside a professional voice teacher in order to learn the proper vocal techniques and exercises to gain consistent vibrato throughout their singing career. Here are some very useful tips to help prepare vocal cords for vibrato:

Warm Up To Relax

As part of a warm-up, it is important to do regular breathing exercises and gentle vocal falls from high head voice to your low chest voice. The larynx and vocal folds will more likely produce a natural vibrato when they are relaxed and warmed up properly.

The diaphragm offers the breath support needed to maintain sung notes. To help strengthen the diaphragm, it is a good idea to attempt an exercise where one deeply inhales and then sings a note ending in “ee”. When singing, place flat palms on the diaphragm, and push in with a gentle but firm pulse. Pulsing diaphragms don’t generate natural vibrato on their own, but they can produce the air pressure the voice needs.

Continue to do the same vocal falls as the warm-up exercises, this time try gently oscillating pitch as the voice goes from high to low. It will help to make an “oo”. Be aware that these methods do not instantaneously create vibrato, only airway vibrations can create the true sound. These exercises will help train the body and can complement any professional singing lessons.

Now You Know Everything About Vibrato

It is fair to say that when singing with vibrato, it can bring vivacity to a voice and technical variation to a song. This technique works best in moderation and some prefer it to be subtler when it is used.

You may not have heard the vibrato in your voice clearly yet, but stay patient as the vibrato will come. On some occasions, the wavering of vibrato can begin small and grow bigger. Why not try recording yourself singing while doing your exercises so you can listen back and ask yourself what worked best and repeat the process. 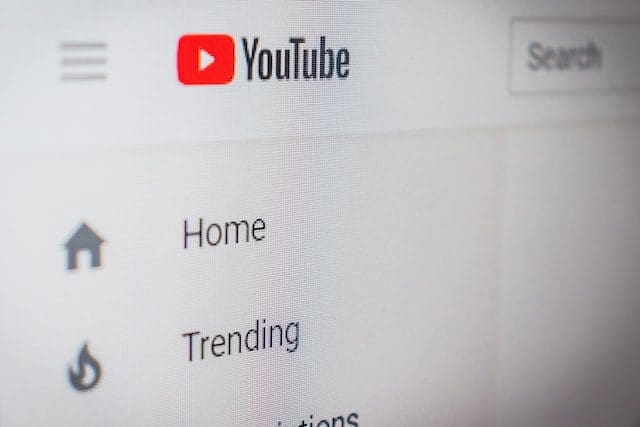