The story of EMI record label is a wild ride. Once a breathtaking force in the music industry, the tale is that of a journey of swaggering rise and painful fall. This proves that even for the giants, things can be fragile in modern times. EMI was once home for The Beatles, The Rolling Stones, Radiohead, Robbie Williams and many other greats.

Furthermore, EMI was known as part of the ‘big four’ of the music industry. The big four also included Warner Music Group, Sony/ATV and Universal Music Group. Nowadays, EMI Records is a legacy, living in the catalogues of the remaining labels.

Where And How Did EMI Start?

In 1897, Emile Berliner founded The Gramophone Company, which manufactured the first sound recordings on discs. The company dominated pop and classical charts alongside another London record company – The Columbia Phonograph Company.

By the 1920’s, things were going from strength to strength after the colossal hit of the First World War. EMI achieved their first million-selling record in 1926 with ‘O For The Wings of a Dove’ from Mendelssohn’s ‘Hear My Prayer’. Releasing recordings by prime artists of the era, The Gramophone Company was responsible for introducing revolutionary ideas. These included double-sided discs, stereo technology, magnetic tape recorder, and the first vinyl 33rpm LP.

Hit by the Great Depression later in the new decade, the company re-emerged as Electric and Musical Industries (EMI). This was as a result of The Gramophone Company and The Columbia Graphophone Company merger in 1931.

The 1960’s to the 1990’s was the heyday of labels and the music industry – and things looked promising for EMI. Their record breaking artists and unprecedented parties made the future look bright. EMI instantly positioned itself as an internationally focused company. The company operated across Europe, Russia, Middle West, Australia, China, India and parts of Africa, selling nearly four million records a year.

For the next half a century, EMI artists went on to collect number ones across the planet. During this time, Elvis Presley, Frank Sinatra, Nat King Cole, Peggy Lee and other greats released their multi-platinum hits on EMI record labels, such as Columbia, Capitol, and RCA. This followed by British invasion artists such as Cliff Richards and The Beatles. Albums such as ‘Abbey Road’ made EMI’s recording studio the iconic place where eponymous albums were produced. The studio was later renamed to Abbey Road Studios to pay homage to the record.

Acquisition of US record label Liberty/United Artists in 1979 meant that EMI owned iconic jazz label ‘Blue Note’. This had titans of the genre such as Miles Davis and Thelonious Monk among its roster. Other EMI recordings of the century include:

By the end of the century, EMI Publishing owned an impressive catalogue. This included ‘Singin’ In The Rain’, ‘Wizard of Oz’ and ‘Santa Claus Is Coming To Town’, as well as Rolling Stones’ records. This was after SBK Entertainment World and Virgin Music Group acquisitions in 1989 and 1992, respectively. This made EMI an uncontested global leader. In the 90’s, EMI stayed up-to-date. They added new British music heroes Blur, Spice Girls, Robbie Williams and Radiohead to its roster. Across the pond, EMI Music Publishing USA expanded with the acquisition of Jobete Music Publishing (including 15,000+ classic Motown songs!)

In the meantime, EMI continued its technological revolutionary traditions by launching websites in 1993 and 1994. EMI also made the first digital album download and the first internet video single. These were David Bowie’s ‘Hours’ (1999) and Lenny Kravitz’ ‘Dig In’ (2001).

It was around the turn of the century when things started to fall apart for EMI. The industry itself was still recovering from the crushing blows of late 90’s music piracy. Despite this, EMI Records launched the decade with grandeur, signing a whopping £80 million deal with Robbie Williams. By the end of the Noughties, the company experienced significant decline of the market share. This equalled a loss of $260 million in 2006-2007 alone, followed by Terra Firma acquisition. EMI’s stubborn reliance on the industry alone (unlike its competitors) paved the way for the company’s slow and painful descent.

EMI were smothered to death by Terra Firma, and felt the blow of the CEO Guy Hands (and later, Citigroup’s) inability to help. Things weren’t looking good, as EMI also lost some of its biggest artists to competitors.

The label’s infamous demise came to its conclusion when EMI acquisition took place in 2012. Prior to that, EMI had rejected Warner Music Group’s $4.6 billion bid to purchase the company in 2006, which would lead to the industry being monopolised by WMG. Instead, now it was decided to split EMI’s recording and publishing operations between major labels.

Where Are EMI Now?

In 2013, the merger of Mercury Records UK and Virgin Records birthed Virgin EMI Records, which operates as part of Universal Music Group.

With such a chaotic past, EMI have become a legendary record label in more ways than one. With a vast collection of artists historically on its roster, it is no wonder that its prestige lives on. Now merged with different companies, the future of EMI looks bright – despite being split up!

If you enjoyed this article, why not take a look at some of our others? From industry deep dives to artist how-to’s, we are passionate about supporting artists and those who love music. Sign up for Мusic Gateway for free today!

Over the last month, here at Music Gateway we have been running our Creative Cover Version Competition and we’ve been absolutely blown away with the... 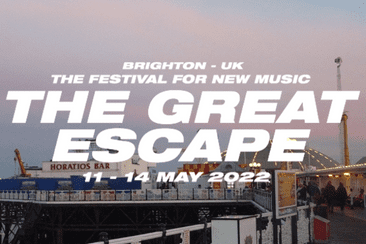