10 Ways to Promote Your Release

So, you’ve spent hundreds of hours working on your new single, making it sound the best it can be and putting nothing less than blood, sweat and (many) tears into getting it finished.

You’re all set for the big release and excited about the reaction it’s going to get.

But then you start to worry that this amazing music of yours might fall under the radar and not get the credit it deserves. Too many artists finish their records and then release them without further thought, missing all of the opportunities that they could have seized to make their material stand out from the crowd and increase their fanbase.

Remember, you have to have a decent-sized fanbase before you will get a record deal and the best way to do that is to spend some time self-promoting your releases and showing the world what you are made of.

Before we look at how to promote your new record, you should do some pre-release prep to make sure your release runs smoothly. So before you release anything, sit down and do the following:

Make it short, sharp and informative with photos and social media links. This will tell the media all about your release in an attractive one page document.

Pick a release date that is 6 weeks in advance (this approach is used by leading music promotion companies and record labels).

There is little value in putting out your record the week after you finished it with no promotion whatsoever, it will just fly by the wayside with the millions of other songs floating around in the unknown music realm.

Now that you are all prepped for your release, let’s take a look at the top 10 ways to promote your release:

This is an artist’s bread and butter and one of the best ways to promote your new record is to perform it live at gigs.

Set up a few local gigs over your 6-week pre-release campaign and be sure to take some copies of your single or some flyers with the download link on it so that people can pre-order it (always try and set up a pre-order function via your digital distributor if you can).

This is the most obvious thing to do, but also the most costly. Prices can range from £500 – £3000 for a 6-week promotions campaign focussing on media and radio.

If you have the budget for it then shop around and find a promotions company with a proven track record and a clear plan of how they will promote your record.

Plug your music on social media

Social media is very powerful and if you are serious about your music then you should plug your new record across all social media platforms.

You can set your maximum price for the day and ensure the ad specifically targets the right age groups, in the right locations and with an interest in your genre of music. Run a sponsored ad campaign about a week before or just after your release date and reach thousands of new potential fans.

Blogs are extremely powerful when it comes to new music. If you are able to get your new single reviewed by a major blog, then your profile will increase massively. Remember though, only contact blogs that work with your genre of music as many of them are genre-specific.

Be sure to send them a downloadable link to your song and your press release. This is probably the most effective way of increasing your profile at no cost. So do your research and get mailing!

Get on a playlist

This is the new modern way of getting mass exposure. Getting on a Spotify playlist is big business and can really break an artist. It’s not easy trying to get on a playlist but it’s worth the effort.

First of all, find a popular playlist that is similar in genre to your music. Then find out who the playlist curator is and send them the link to your music and a copy of your press release.

You will increase your chances of being playlisted if you have more than 250 Spotify followers and you have an artist verified status from Spotify.

An alternative approach is to create your own playlist of well-known songs (which are in a similar genre to yours) and then slot your single in the middle of the playlist.

TIP: you don’t have to be subscribed to Spotify to have an artist profile with them.

The local rag love a local success story! Reach out to the editor or entertainment editor and send them your press release and single and ask for an interview or a featured article on the run-up to your release date.

You will be surprised at how many local newspapers support local independent artists and it’s a great way of getting the local community behind you.

Get a remix done

A couple of years ago I ran an online remix contest for a single. I had hundreds of entries and picked 5 winners and made a special remix EP out of it and released it.

Turns out that one of the dubstep remixes by producer J.G.F got playlisted on some of the most popular mainstream EDM TV channels and thrust my profile as a vocalist into the stratosphere. Getting a remix done can bring in new potential fans and generate another stream of income for you.

You could always post an advert on Music Gateway to find someone to remix your single!

Get a video done

My clients often ask me whether they need a video to accompany their single release. In an ideal world where money grows on trees and flows out of taps, yes you should.

But with the average video costing £1,500 – it’s not always possible. But there are many alternatives. You can get a lyric video done, do an improvised low budget ‘mime along’ video from your bedroom, do a ‘live’ unplugged version of your song or get an animated version done.

Having a video will give you more options.

Whilst you could spend thousands on hiring a radio plugger to get you on the radio, you might want to start small. It’s very difficult to get on national radio unless you are killing it on regional and online radio. There are thousands of online community and college radio stations that support independent music.

Directories like the Unsigned Guide list all of the good radio stations. So take a look and send your new single en masse. I did this a couple of years ago and ended up being invited to sing live on both Croydon and Wandsworth community radio stations which both had thousands of listeners  – plus people can log on anywhere in the world to hear you!

Submit your song to BBC Introducing

If you are based in the UK then BBC Introducing is definitely worth a shot. BBC Introducing are responsible for discovering and supporting many of our biggest stars including George Ezra, Jack Garratt and Viola Beach. Simply sign-up and upload your song(s) which will be sent to a BBC radio DJ in your local region.

The BBC guarantee that your song will get listened to and, if the DJ likes it, then it could get playlisted on BBC radio and lead to national BBC Radio 1 coverage – which would certainly put a rocket up your music career!

Don’t underestimate the unconditional support from your friends and family either. Make use of their enthusiasm and ask them to spread the word. It’s free promotion after all!

Finally, as a music producer who has worked with many artists, both signed and unsigned, if I could offer any words of wisdom, it would be to release songs as regularly as you can to engage your fanbase and attract new fans. The more material you have, the more fans you will attract. Now go and start preparing for your big single release!

Get started on your creative journey by clicking below! 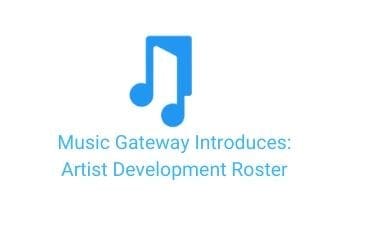 Alongside the Music Promotions roster we currently have here at Music Gateway, the Artist Development roster’s also an integral part of the platform.... 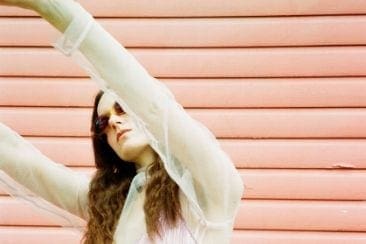 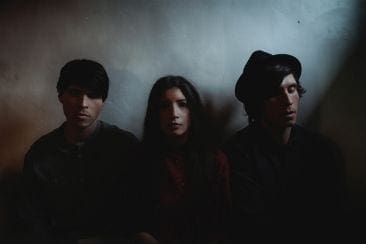