Most importantly, what does a week in the life of a session musician look like? Keep reading to find out!

What Is A Session Musician?

A session musician is someone who’s hired as a freelance to play during a session, either in the studio or on stage, usually as a backing instrumentalist.

Session players don’t have a permanent spot in the band but often tour for months at a time. They nurture their relationships with a variety of performers to ensure they remain in good favour of people they work with and keep their position as the top pick.

Imagine you’re an artist who wants to record an album which will lead to a series of shows played across the UK. You need drums on your track, but wait… You don’t play drums…

Well, that’s where the session musicians come in to play!

Making A Living Out Of Music

Of course, the work of a freelance musician has to be varied. Gone are the days of relying on live shows and studio musician jobs.

It’s difficult to land a consistent session musician salary, and earning a living from doing one thing is even trickier!

It’s also important to factor in the time of year. Summer is great for live shows and festivals. Christmas time is fantastic for function/party bands.

But the early months of every year are usually quiet for every musician – however, this is a perfect time to teach!

It’s difficult to set up a career as a full-time session player. It takes time. This line of work doesn’t run like your normal 9-5.

It’s not as simple as looking through the newspaper for ‘session guitarist jobs’ or typing ‘job vacancies session musician’ into Google!

People in the music industry need to know you exist (and can play well!) before they’ll book you for a live show or session.

The best way to boost your exposure is to be a social butterfly, spending countless nights hanging out at jams, sitting in on live performances and making friends.

You’ll need to build strong relationships with people, and have a lot to offer, both musically and otherwise. It’s vital for any freelance musician to be well organized, punctual, well prepared, and most importantly; nice

A Week In The Life Of a Session Musician

Introducing, a week in the life of a session musician!

I’ve recently had an incredibly busy week. So busy that my workday became 9 am – 2 am. That’s a 17-hour day!

But what makes me love this job so much is that every day is different. And it has to be if I want to pay my bills.

You’ll need multiple streams of income in order to make up a reasonable salary.

My week began with learning songs for an upcoming gig.

I usually like to have a setlist under my fingers long before a gig, but due to my previous busy week, I wasn’t able to do so.

The key to being a successful musician is preparation. Everything boils down to how organized you are.

I was booked to be the guitarist in a house band for a weekly jam. That in itself requires you to have an incredibly large repertoire before you even consider the house band sets!

To familiarise myself with the tracks, I began to prepare by listening through every song on the set list.

I created a Spotify playlist that I could listen to throughout the week just to internalize structures etc.

The next stage? Learn the set.

I chart every song I learn just so I have an easy reference guide next time I need to play that song. Fortunately, I could use my charts on the show – I didn’t need to stress remembering chord changes. This was great when on the show.

Having an iPad full of charts is perfect for house band musicians. You never know, a singer could ask to sing that song you charted three years ago and haven’t played since. If you have a chart next to you, you can’t lose.

I teach for three hours on a Monday. Finding work as a teacher is a great way to get by when the bigger jobs aren’t flowing in.

The best thing about private teaching? If you’re called away for a big show, you can always reschedule the lesson! Alternatively, have a friend cover you.

After three hours of teaching, it was time to get home, eat, and throw myself back into Wednesday’s setlist.

Tuesday starts the same way I start every workday. I wake up, shower, eat breakfast, and most importantly, take a Berocca.

I can’t tell you how fantastic one of those vitamin drinks are when you’re running on little sleep!

Afterward, I jumped straight back into preparation for Wednesdays show. I knew it was only a four piece band (drums, bass, guitar, and vocals). So I needed to learn both guitar and keyboard parts to ensure all key recognizable parts of each song were outlined.

On top of that, I’d been told that morning that some of the songs had either been changed or put in new keys.

A few hours of prep quickly took me into the afternoon. Rehearsals with a function/party band I frequently perform with (Central Avenue Function Band).

This was a seven-hour session to rehearse new material and record new promo footage.

This was definitely the busiest day of my week, so let me break it down…

I began the day with a guitar lesson. Then, I met with the established session musician, Adam Goldsmith, to work on areas of my playing that needed improving.

This was then followed by a recording studio session, during which we recorded Library Music (music for film, TV, radio, etc) for a licensing company.

For those that don’t know, library music is a fantastic way for musicians to make an income. The music you create is pitched to radio, TV, and film.

That three minutes instrumental you recorded could be used in the next big radio jingle or played during a new hit film.

I began late Wednesday afternoon with a few hours of teaching, before traveling to the show I’d been preparing for.

Music began at 9 pm sharp, finishing at 1:30 am. Remember that iPad full of charts I was telling you about? Well, guess what happened… A singer in the audience asked to sing a song I hadn’t played in years.

But, because I had a chart ready to go, we were able to perform together!

Make sure you’re ready for every possible outcome. This will increase the likeliness of you being asked to play again. Imagine this, you’re a singer-songwriter.

Who would you trust more on your shows?

Because I was prepared for that one moment in time, I was able to perform with someone I’d never met before. During this night that happened more than once!

Each performance I used as an opportunity to build my professional network and exchanging phone numbers with people I met.

Since that gig, I’ve had multiple inquiries about performing and recording with other people.

And now we’re now past the halfway mark in a week in the life of a studio musician! I spent most of this day recording library music.

The great thing about this kind of job is you have (most of the time) full creative freedom. The sky’s the limit when writing music for these types of media.

In between studio breaks I have time for over the phone, live radio interviews. I play in and manage an original Blues Rock band (Sun House) that have just released an EP. To help promote the band, I schedule radio interviews around my working week to get the word to as many people as possible.

Interviews are a fantastic way of telling your band’s story, but that’s for another blog! I wrap up my day with a few hours of teaching before heading home to rest…

Friday was definitely the quietest day of the week… But that doesn’t give me time to relax! Having some free time in your week is a perfect opportunity to catch up on those other jobs. Practice, read emails, brush up on your business knowledge, gear maintenance, keep your books up to date if you’re set up as self-employed… There’s always something to do as a freelancer!

If you’re still reading, you must be really determined to make a music career out of playing live as a session musician!

It takes a lot of dedication and persistence, so here are a few pointers and tips that I’ve accumulated over my years of experience, to point you in the right direction…

This is probably my biggest tip to anyone working or wanting to work as a musician.

Nothing says unprofessional like someone who’s double-booked themselves or has forgotten they were supposed to be at a session two hours ago. Keep your calendar up to date and always set reminders.

Even if you have a quiet day, put things like ‘practice’ or ‘read emails’ into your calendar. Trust me, it will help force you to do them!

I’ve touched on this a lot in this blog, and it shouldn’t be overlooked!

This gives you a strong reputation and you’ll get other musicians talking about you.

It’s simple, no one wants to work with people that are difficult or miserable. Music is a people industry. It’s built on relationships.

If you can’t be nice and form positive relationships with people, you won’t be hired for work.

Everybody says it… Work smart, not hard.

Time is money, especially in the music industry. Those three days you spent relearning songs because you didn’t chart them could have been spent networking or practicing.

Use your time wisely.

It’s easy to let both your physical and mental health deteriorate when you’re busy.

In an industry where image matters, you need to always look your best. Join a gym and eat well.

Make sure you get plenty of sleep. You’re going to need as much energy as possible to survive the late nights and early mornings.

We hope this article helped to give you an insight into a week in the life of a session musician!

Whilst you’re here, why not check out some of our most recent blogs such as our guide to Recording Guitars, Soundproofing or Vocal Recording!

If you are looking for a platform that offers everything you need in one place, why not try Music Gateway? We can help with promoting your music, improving your streaming presence and providing Sync opportunities. Try it out for free today by clicking the button below. 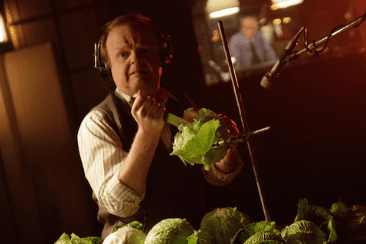 Foley Sound: What Is Foley Sound In Film & How Can I Make It? 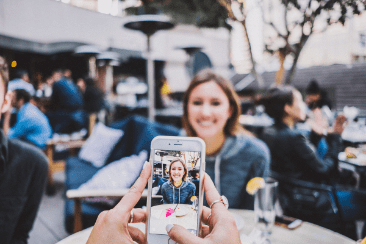 Remember those old days when we were seeking attention just by posting doubtful quality pictures on Blogs and Profile Pages like Fotolog or MySpace? ... 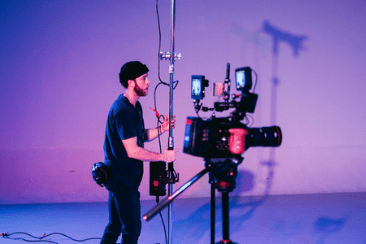 How To Become A Filmmaker In 4 Easy Steps: Our Guide