Which Are The Best Recording Studios in Los Angeles?

Los Angeles. The city of angels. Hollywood celebrities, TV and movie industries and breath-taking beaches – it’s no surprise this Californian city birthed some of the worlds biggest artists.

This city is also bustling with many up and coming artists and bands – and they are in the perfect place to forge a career in music! With a wide variety of recording music studios to choose from in LA, you will be sure to find one that meets all your needs and tastes.

LA has the most recording studios in the US compared to any other city, however, choosing from one out of the hundreds of available options may be tricky.

We’ve compiled a list of the best recording studios in Los Angeles, highlighting which ones are best for certain sounds, budgets and feel.

Frank Sinatra first gave life to Capital Studios in 1956 whilst recording Songs for Swingin’ Lovers! Since then this studio has hosted a variety of artists and bands including The Beach Boys, Bob Seger, Ray Charles and Green Day.

Capital Records was recently fully refurbished to guarantee they continued to be a cutting edge, state-of-the-art recording studio where artisan craft can continue to thrive as it has since the ’50s. Capital studios are packed with the latest gear throughout its three studios, echo chambers and production suites.

With great staff and Grammy-nominated and award-winning experienced engineers, aspiring rock artists and bands should no-doubt look into this recording studio in Los Angeles.

In the studio’s own words:

“In every decade since its founding, The Village has produced the favourite songs of all time. … Music is everywhere, but it sounds better at The Village.”

A Masonic holy place built in 1922 and converted into a recording studio in the late 60s. The Village Studios has had legends such as Fleetwood Mac, The Rolling Stones, and Phil Collins as well as many current artists including Taylor Swift, John Mayer, and Lady Gaga.

The Village often hosts events such as Halloween parties and concert series which makes it even easier for aspiring artists to informally check it out.

Click here to find out more about The Village recording studio.

Opened in 1987 in North Hollywood, Clear Lake Recording Studios has often been described as an alternative to big-budget Hollywood studios.

Famed acoustician, George Augspurger, designed its first of two studios and supplied it with a well-tuned control room, a huge live room for tracking, and 3 isolation booths. Along with great acoustics, Clear Lake Recording Studios keeps a remarkable collection of vintage equipment and digital music innovations.

With high-quality equipment, skilled staff and affordable prices, artists who are looking for a budget-friendly recording studio in Los Angeles should add Clear Lake to their list.

Said to be one of the oldest independent studios in the world, between the 30s-60s Electro-Vox Recording Studios recorded all of the “airchecks” from NBC/KHJ Radio Station located across the street.

In its early time, the studio also recorded all the demos for Paramount Studios artists including Nat King Cole, Sammy Fain, Johnny Mercer and many more.

The studios’ Ampex recorder was among the first handful of eight-track machines ever made and famed recording engineer Wally Hieder help build Studio A’s custom DeMedio console in 1967.

With one of the most remarkable instrument collections in the world, if you are looking for a recording studio in Los Angeles that carries a nostalgic ambience, then Electro-Vox Recording Studios is the place to be.

To find out about prices, get in touch with Electro-Vox via email: [email protected]

Since it was founded in the late 1960s by the Brolin Family, Paramount Recording Studios has a rich and fascinating history so it’s a no brainer that this studio would make the list for the best recording studio in Los Angeles.

Even from its conception, Paramount studios has had some high-profile clientele. Brian Brolin engineered recordings for the likes of Jimi Hendrix, The Jackson 5, Bob Dylan and Led Zeppelin.

Nowadays, finding a top American artist who hasn’t set foot in Paramount Recording Studios may be difficult. The most recent/notable success for the studio is Childish Gambino’s Grammy award-winning song and album of the year, “This Is America”, which was mixed in one of its many studios.

With an impressive eight recording studios: a large tracking/mixing studio with an 80-channel SSL 9000J with Ultimation, a mixing/overdub studio with a 56-channel SSL 6000E/G, various mastering studios, and five pre-production studios its easy to see why Paramount is flooded with artists.

Once owned by Charlie Chaplin and then A&M Records, Henson Recording Studios has become one of the industry’s leading recording facilities.

The studio at the heart of Hollywood offers extensive gear and home studio mix equipment, and many of the greatest music industry stars have recorded albums and filmed music videos here, including Van Halen, Michael Jackson, Lionel Richie, Coldplay and Katy Perry.

The studio also features a seasoned, dedicated staff of technical engineers who takes pride in anticipating and exceeding clients’ needs with professionalism. With attentive staff and a history of producing some of the biggest hits, aspiring pop artists should consider making a trip to Henson Recording Studios.

Get in touch with the studios’ VP, Faryal Ganjehei via email: [email protected] with any questions.

Sunset Sound was founded in 1958 by the arranger, Tutti Camarata, who had been working for Duke Ellington and Benny Goodman until he was hired by Walt Disney as a director of recording.

For the first few years, the studio only worked on Disney productions, however, in 1962 Sunset started to accept external clients.

Sunset studios are fully equipped with the latest software and hardware with many rare outboards. Studio 2 features a Neve 8088 desk, while Studios 1 and 3 have been equipped with custom Sunset Sound/API/DeMedio consoles.

Also, unlike many studios, Sunset still has its original echo chambers. If you are looking for a recording studio in Los Angeles that has both state-of-art equipment and carries vintage gear and hints of the past, Sunset Studios is the place to be!

To enquire about pricing and booking sessions click here.

Regardless of which studio from the list that has taken your interest, check out and listen to the music made there before you sign on the dotted line. Make sure the music is similar to the type you perform.

If you need specific help i.e. songwriter or an audio engineer, ask whether there are any staff who can help you with your project and the associated costs.

And don’t forget to do your homework when looking for the best recording studios in Los Angeles and the surrounding areas. Make sure the studio you select has the right equipment, staff, and the know-how that’s best for you to ensure your music becomes a hit in the city of angels! 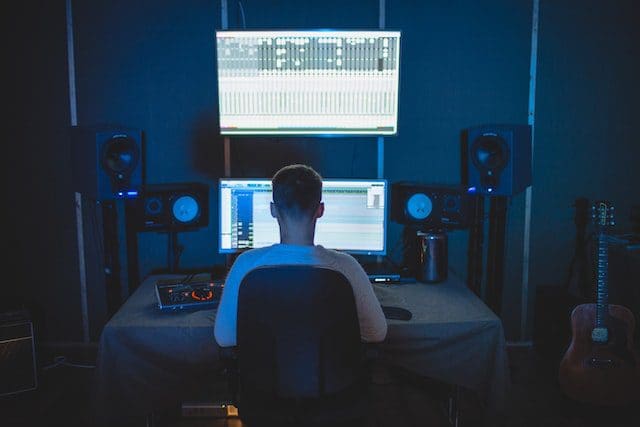 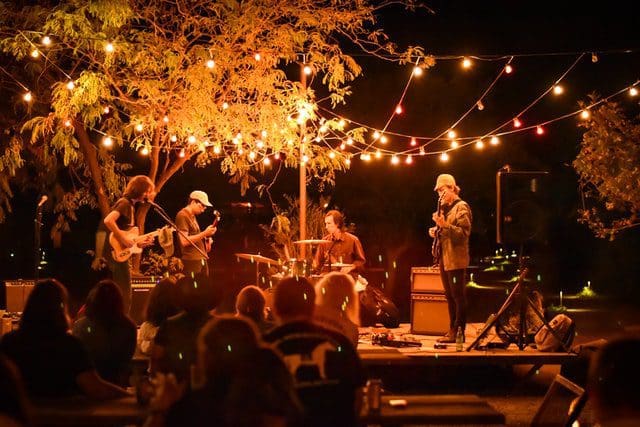 How To Get Your First Gig: A Musicians Guide

So, you have formed your band, maybe people have listened to your music and now you need to perform to an audience. Playing live is such a buzz and nothing...