What Is Protest Music And The Best Protest Songs

Social change and political expression have always had their place in music. Often, artists use their creative talent to send a controversial message that they relate to. In this article, we will take a look at the place protest songs have in music and their influence on culture.

After taking a closer look at what protest music is, we will discuss some of the most famous protests songs and the messages behind them.

You may think of protest songs and think of the 60s in particular. However, protest songs have been around for a long time and there are more coming out every day. Just think of ‘Earth’ by Lil Dicky, released just before earth day!

Let’s start with the basics…

What Is Protest Music?

Protest music is music that aims to send social messages and make a change (associated with a movement for social change or other current events through music). Often using the popularity of the artist to bring more attention to a particular issue.

Whether it’s songs about the world, police brutality, or even Donald Trump… there are plenty of issues that get addressed through art and music such as popular protest songs.

What Impact Does Protest Music Have?

Throughout history, protest songs have galvanized the oppressed into resisting their oppressors. Martin Luther King Jr said, “freedom songs serve to give unity to a movement”. The revolutions in North Africa and the Middle East have been inspired by rap music, which the authorities tried to ban, pointing again to the potential of political music to effect social change. However, the inevitable question that comes up when considering protest music is whether it really matters. Does it make a difference? Or do the commoditization of music and the banality of TV talent shows devalue its political potential?

When the government, media, and education is largely in the hands of the oppressor, whether that be overtly in authoritarian regimes or more covertly in a democracy, the protest song becomes one of the only ways to foster resistance as it speaks to the head as well as the heart.

Jimi Hendrix claims that “If there is something to be changed in this world, then it can only happen through music”. And there is a lot of evidence for how political music has made a difference. As Martin Luther King Jr claims, music was a key component of the American civil rights movement. There is no doubt that songs galvanize people to bravely face the brutal racial cruelty of the American south. Often non-violently.

The powerful are fully aware of the power of protest songs, even though they rarely acknowledge it. Soviets and Chinese clamped down heavily on any music that seemed to oppose the party. But such censorship is not just historical. As the Americans prepared to invade Iraq in 2003 with the ‘coalition of the willing’ (mostly blackmailed and threatened!’), the most successful female group of all time, The Dixie Chicks, appeared on stage in London. They said that they were ashamed that President Bush was a fellow Texan. The outcry in America led to them being blacklisted by many radio stations with DJs sacked if they played Dixie Chicks’ music.

As we face the many challenges of the 21st century with environmental destruction, rising population, diminishing resources, ongoing regional wars and the rising gap between the ‘haves and have nots’ or has George Bush put it the ‘have-mores and the have nots’, I trust that an uprising of popular resistance will find solutions. This is already happening in the Middle East and North Africa in 2011 but seems some way off in the more comfortable West. If solutions are to be found it will likely be artists and musicians who will lead the change as once again protest songs and political music galvanize public opinion in the direction of freedom.

What Are The Best Protest Songs Ever?

This is arguably one of the most famous 1960s protest songs. In 1985, Dylan told Cameron Crowe for Rolling Stone, “This was definitely a song with a purpose…I wanted to write a big song, with short concise verses that piled up on each other in a hypnotic way. The civil rights movement and the folk music movement were pretty close for a while and allied together at that time.” This song, along with “Blowin’ in the Wind,” cemented Dylan as a lead counter-culture figure.

Get up Stand Up is an overtly political song. Unlike CSNY, Bob Marley is best known for being the most prominent Reggae musician of all time, smoking copious amounts of marijuana, and for his political protest songs. (Alright, CSNY probably smoked lots of weed) And this track owns the best lines in political protest music history: “You can fool some people sometimes, but you can’t fool all the people all the time. So now we see the light! We gonna stand up for our rights!”

This song was mistaken as a positive American anthem for years and still is today by many. Ronald Reagan even used this song in his 1984 reelection campaign and tried to claim Bruce as a supporter!

Lyrically the song takes a realistic approach to the effects of the Vietnam war on those that were forced to go fight in Southeast Asia. But if you manage to only listen to the chorus, it can be seen as a patriotic anthem. The song’s lyrics are about a shell-shocked vet with ‘no place to run, nowhere to go.’ Bruce once said it’s about “a working-class man…It’s like he has nothing left to tie him into society anymore. He’s isolated from the government. Isolated from his family…to the point where nothing makes sense.” It’s not an overt political protest song, but it’s way closer to that than a national anthem.

Rage was one of the most politically active groups at a time when political protest songs weren’t and aren’t very common. “Killing in the Name” is the quintessential Rage Against the Machine song, with its confronting vocals that link police to racism with the line “Some of those that workforces are the same that burn crosses,” and with the ending refrain “Fuck You, I won’t do what you told me.”

Zach De La Rocha & Tom Morello almost inspired a riot at the Democratic National Convention in 2000. Then de la Rocha abruptly left the group, but Tom Morello has continued his political activity, most recently getting involved in the Occupy Wall Street movement. It was also used as a protest song about Simon Cowell and the X-Factor juggernaut by taking the Christmas number one in 2010!

“Fight the Power” was brilliantly used as Radio Raheem’s jam of choice. As well as musical motif to the classic Spike Lee film Do The Right Thing. It was Public Enemy’s breakthrough song, and it incorporates references to many parts of African-American culture. Including civil rights samples, black church services sounds, and the music of James Brown. And laying the smackdown on Elvis Presley & John Wayne for their on-the-record white supremacist views certainly is the cherry on top of this political protest firestorm of a sundae.

What’s your favourite protest song? Have I missed any seminal protest songs out? Do you think music has the power to make a difference in the world?

If you’re asking us ‘Where are the protest songs of today?’ ‘What are some pop songs about environmental issues?’ or even ‘What political protest song is most relevant today?’ we’d say Lil Dicky has done a pretty good job.

What To Keep In Mind If Writing a Protest Song

Finally, as you’re likely a creative and maybe thinking of releasing a protest song yourself.

Think about the risk involved. You’re always going to alienate at least one person in your audience by saying, singing or doing anything too opinionated. It’s worth doing some research on your audience (if you haven’t already) to see what their opinion is. As long as you don’t alienate your entire fanbase and you don’t mind losing a few fans, there’s no stopping you!

You’ll also need to work fast to make sure you release your music when it will make the most impact. That is – when the subject you’re writing about is in the news or is a very current and relevant issue.

That was our article on protest music! The place protest songs have within music is huge. They often have a bigger reach and impact than other means of sharing a political message. Whether you agree with them or not, you can’t help but appreciate how these artists use their creative talent to speak these messages so relevant to them.

Whilst you’re here, why not take a look at some of our other articles! How To Be Original In Music, 10 Inspirational LGBTQ+ POC Within Music and The Birth Of Dance Music are all interesting reads.

Showcase yourself and get discovered by fans and music reps through your very own artist site.  Collaborate globally with other musicians, songwriters producers and more. Finally, amplify your music to those that need to hear it with music promotion and professional sharing tools. Try all of this out for yourself by joining Music Gateway. Get your 14-day free trial, no strings attached. 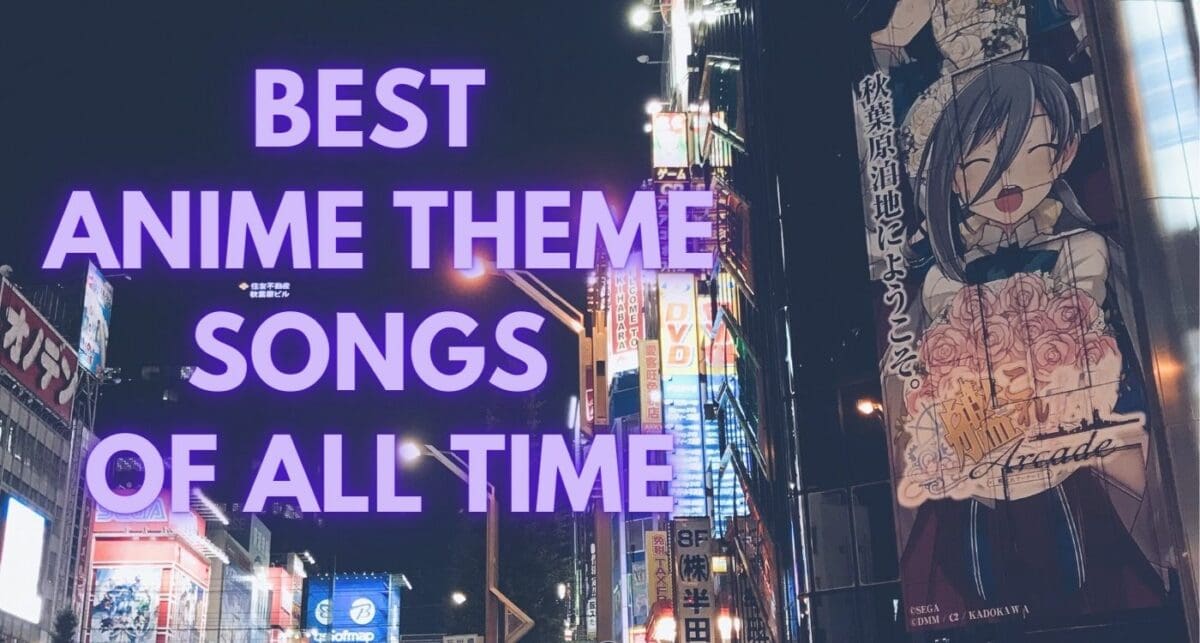 Best Anime Theme Songs Of All Time: Our Top Favourites

Anime is one of the biggest genres of TV and film in our world. Known for bright and brilliant animation, often wacky plots, and loveable characters, anime... 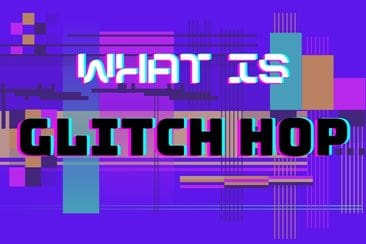 What Is Glitch Hop Music And Who Creates It?

Glitch hop is an inventive and rhythmic blend of hip-hop beats and electronic music – that no one really knows about! Let us explain it for you. 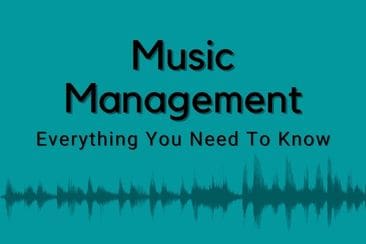 What Is Music Management? Everything You Need To Know

Music management is a complex and demanding job. In this blog, we’ll define what a music manager is, break down some of the tasks it incorporates, and take...