The Winners Of The Grammys 2021

The Grammys 2021 has just happened and we’re still taking it in. Want to find out who the Grammy Award Winners of this year are? All you’ve got to do is keep reading to see the full list of Grammy Winners 2021!

It’s arguably the biggest night in music, and despite 2020 being something of a bust for live music, the ceremony for the 63rd Annual Grammys on Sunday night (all four hours of it) was heavily focussed on live performance.

“I know that you haven’t been able to go to a concert in a long time, so tonight we’re bring the concert to you.” Said host Trevor Noah as he kicked off the show with back-to-back performances from Harry Styles, Billie Eilish and Haim.

While there are loads of Grammy winners to highlight, a couple really stand out – particularly the female Grammy winners. The Grammys 2021 was an historic event with Beyoncé setting a new record as the most awarded woman in Grammys history with her 28th award (for best R&B performance) – overtaking country icon Alison Krauss.

Taylor Swift also become the first female artist to win album of the year three times for her lockdown album ‘Folklore’ (previously she won best album for ‘Fearless’ in 2010 and ‘1989’ in 2016).

If you’re wondering ‘how are Grammy winners chosen?’, the Grammys operate in a similar fashion to the Oscars. Initially Recording Academy members and record companies submit records for consideration and it’s each of the Recording Academy voting members who gets to vote for the Grammy award winners.

After the submission, there is a screening process where 350 experts in different fields review the records submitted to make sure they are placed into the correct genre categories (R&B, Latin, Rock, etc.)

Once everything is allocated to a genre, the first-round ballots are sent to voting members. The members are encouraged to only vote in categories where they have some expertise in order to make sure the votes maintain a high quality.  Voting members can vote in up to 15 categories plus four categories in the ‘General’ field (Record Of The Year, Album Of The Year, Song Of The Year and Best New Artist).

The ballots are tabulated by an independent firm (currently Deloitte) before a final voting process were Final-Round ballots are sent out to members who again vote.

The results are not known until the sealed envelopes delivered by Deloitte are opened live during the  ceremony – only then do we know who this year’s Grammy award winners are.

As we’ve already mentioned, it was a huge night for Beyoncé and Taylor Swift who both made history. A category that is always of interest is the Best New Artist Grammy Winners – in this category Megan Thee Stallion beat some stiff competition from the likes of Phoebe Bridgers, Chika and D Smoke. From this side of the Atlantic, there were a couple of notable British Grammy Winners – Harry Styles for Best Pop Solo Performance (his acceptance speech also caused a bit of controversy as he dropped an F-Bomb live on TV) and Dua Lipa who won Best Pop Vocal Album.

Without further ado, here is the full list of Grammy winners by Category (Winners in Bold)

Record of the Year

Album of the Year

Song of the Year

“Sit On Down,” The Baylor Project Featuring Jean Baylor & Marcus Baylor
“Wonder What She Thinks of Me,” Chloe X Halle
“Let Me Go,” Mykal Kilgore
“Anything For You,” Ledisi
“Distance,” Yebba

Run To The Water, Cody Carnes
All Of My Best Friends, Hillsong Young & Free
Holy Water, We The Kingdom
Citizen Of Heaven, Tauren Wells
Jesus Is King, Kanye West

Best Arrangement, Instrumental or A Cappella

At the Minstrel Show: Minstrel Routines from the Studio, 1894-1926, Tim Brooks (Various Artists)
The Bakersfield Sound: Country Music Capital of the West, 1940-1974, Scott B. Bomar (Various Artists)
Dead Man’s Pop, Bob Mehr (The Replacements)
The Missing Link: How Gus Haenschen Got Us from Joplin to Jazz and Shaped the Music Business, Colin Hancock (Various Artists)
Out of a Clear Blue Sky, David Sager (Nat Brusiloff)

﻿Producer of the Year, Classical

Have You Lost Your Mind Yet?, Fantastic Negrito
Live At The Paramount, Ruthie Foster Big Band
The Juice, G. Love
Blackbirds, Bettye LaVette
Up And Rolling, North Mississippi Allstars

Upside Down 2020, Buju Banton
Higher Place, Skip Marley
It All Comes Back To Love, Maxi Priest
Got To Be Tough, Toots & The Maytals
One World, The Wailers

All The Ladies, Joanie Leeds
Be a Pain: An Album for Young (and Old) Leaders, Alastair Moock And Friends
I’m An Optimist, Dog On Fleas
Songs For Singin’, The Okee Dokee Brothers
Wild Life, Justin Roberts

“Stick That In Your Country Song,” Eric Church
“Who You Thought I Was,” Brandy Clark
“When My Amy Prays,” Vince Gill
“Black Like Me,” Mickey Guyton
“Bluebird,” Miranda Lambert

Producer of the Year, Non-Classical

That was our guide to the Grammy winners last night. The standout of the night was Beyoncé and incredible achievement of 28 Grammys during her career, which is an absolutely unbelievable feat and although live music took a beating in 2020, one thing is for sure – the quality of new music that still emerging on a global stage is, as always, of a very high quality.

Are You An Artist? Want To Be A Grammy Winner One Day?

If you have songs that you want to share with the world – we want to help boost your career and get them noticed, including promoting your music and improving your streaming presence.
Also, check out our Sync opportunities page to get your music in TV and Film. Try it out for free today by signing up or clicking the button below. Who knows, maybe one day, you’ll be a Grammy Award Winner!

At Music Gateway we are always looking at ways to expand on how we can help our musicians and creatives. We are constantly thinking about ways we can... 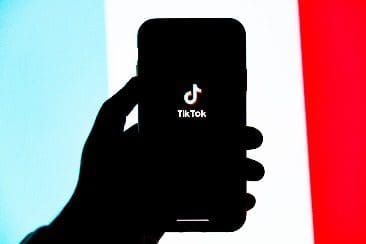 How To Get More Views On TikTok – Our Guide

So you’ve created your TikTok account and now you’re wondering how to get more views on TikTok? Well, there are many ways to gain more views and likes on... 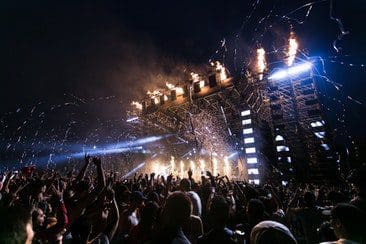 The Best Music Festivals In Europe

Are you an avid music festival-goer? If the answer is yes, then you’ve found the article for you! Although the Covid-19 pandemic is still ongoing, festivals...