Are Producer Tags Important And How Do I Use Them?

Producer tags are what helps musicians brand their music, as a way of adding an audio signature to their track. If you are a hip hop music producer and you want your music to stand out, and you definitely want your fans to get even more excited about your next beat, then keep reading.

What Is A Producer Tag?

A producer tag is something that any artist will use to show that they have made that particular track. It doesn’t necessarily need to be long, but just so someone listens to it and they know it is your music. There are so many famous examples and we will come to that a little later, but yes you do need one if you were debating if they carry any weight. It is also a good way to signify who you are as a producer if you are working with another artist in the music video / song.

How To Create a Perfect Producer Tag

If you want to know how make a producer tag stand out, then follow these steps below –

The best producer tags in the business are ones that you will have evidently heard of, and for good reason. Here are our favorites and we have kept it to just one producer tag per artist.

Have you heard of some or all of these rap producer tags on the list above and do you think you could write something just as good? Keep it brief and something that people will pick up on fast. Keep it fresh. Do these already give you some lit producer tag ideas for your music?

So producer tags have been known to start a wave of new music. Plugg music as a genre was first formed by the BeatPluggz collective in the early 2010s, whereby their producer tag was ‘Plug’. MexikoDro claimed, either StoopidXool or someone else from Beatpluggz recorded the vocals for the tag. Originally it was ‘Plugg’, and then got shortened to ‘Plug’.

Plugg music is a sub genre of trap music, and is dreamy, laidback, spacey. Having a jazzy and gospel atmosphere to it, it is interesting that this new wave of music hit because of a producer tag. They certainly do carry a lot of weight! Known for multi-instrumental harmonies and melodies, sparse, disjointed and relaxed drum programming with few hi-hats, and thick basslines. This music’s mellowness and instrumental beats – some without vocals – and trap and jazz tones and has some southern sound inspiration, harking back to Outkast makes it stand out.

In terms of producer tag generators, there are plenty out there.

You can sample a Twitch Streamer by saying your name. For example, go to a small twitch channel and comment. Say your name while recording. This is a free service.

This free service will allow you to create amazing producer tags that you will love. You don’t need to use your own voice if you don’t want to on this site. It means you can play with the style you want to create, and end up mixing and mastering a great final beat.

This website is slightly different whereby it allows you to use producer tags created by someone else to add into your music. They aim to support producers creating great voice tags, so protecting your sound.

Another producer will create a beat tag for you and before you decide to purchase the tag, you can always read reviews of the producer tags they made previously. This is not a service which provides a free producer tag, but it will be worth it when you have a protected tag you can use on your track.

Another producer tag platform is Voices 123, which focuses on the human voice and you can create a full beat tag. They do not create sonic beat tags, so if this is what you were hoping to create, it would be best to use a different service. A sonic beat tag is the harmony/rhythm at the beginning of the track.

This is the leading company when you are talking about voice tags in the music industry, so this would be a favorable platform to use.

If you choose to make it by yourself, a DAW will ensure you create one on your own steam that is just as professional as if you were in a studio. The DAWs that help you make your sound, may be any piece of software from an Ableton, FL Studio, Reason, Garageband to Logic.There are plenty of YouTube videos as well to help you.

Gunsoww & Aces to Aces create videos whereby they take you step-by-step through the producer tag process. Soon you’ll be a pro!

Why You Need Producer Tags

The number one reason for producer tags is that your quality beats do not get stolen by someone else after all the work you put into it.

Other Names For Producer Tags

If you want to listen to producer tag raps online, you can stream Sus rap producer tags by “No luv pluto” on your desktop and mobile through soundcloud. It is just 31 seconds long.

There are other YouTube videos and shorts that feature this style of rap producer tags.

Audio watermarking will prevent beat jacking when producers advertise their sound to the public. It is a further marker of the beat being made by that particular producer. They should be placed throughout your song, so it is clear who made the track. This way, someone couldn’t make a finished / complete song using just the beats and this measure prevents copyright on your track.

So I think we have covered the basics of what producer voice tags are and why you need them to protect your music. We have hopefully given you plenty of producer tag ideas now and what to do next in terms of creating one. Producer tags are all about branding, so as long as you know what you are saying and why this is a good starting point for your tag. Keep it short and let your style speak for itself.

Are You An Artist Or Musician? 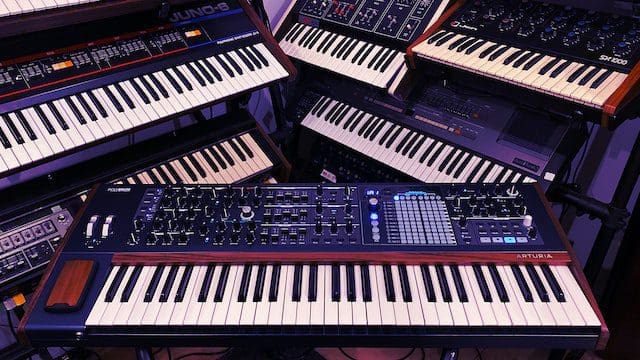 Yamaha DX1 : The Greatest Synthesizer Of All Time

Are you looking to find out more about the Yamaha DX1 features and what makes it such a special synthesizer? Do you want to know the Yamaha DX1 price and... 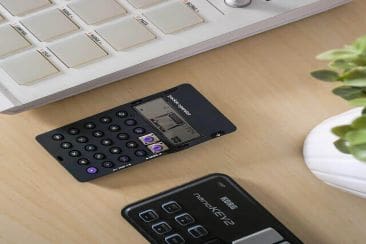 The Best Pocket Operators For Getting Creative On The Go

Have you been wondering if it is possible to create musical patterns from a portable, inexpensive device you can always use on the go? Enter the pocket... 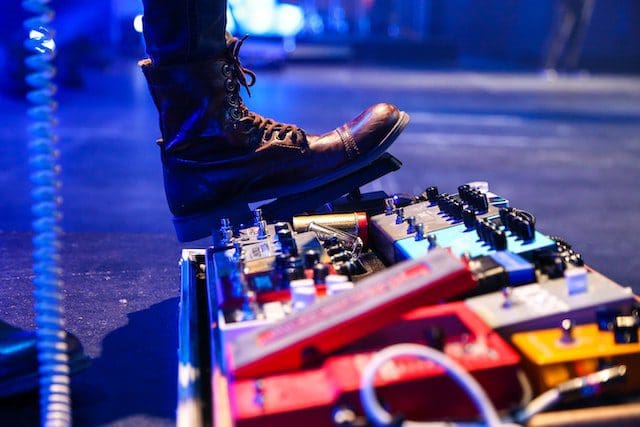 Are you looking for a new guitar pedal and have been looking at the Boss SD 1 Super OverDrive? Finding the best pedal for you takes time, and we want to...