There are so many weird, different genres of music that it can be hard to keep up. We’ve all had our ears chewed off by that random guy at the bar about the 64 different sub-genres of metal. But, what are the truly obscure music genres that we’ve never heard of? After a bit of research, we’ve found some of our favourites we want to share with you.

In this article, we will take a look at the different genres of music that you’ve never heard of. Stay tuned for some extremely weird music genres!

10 Weird Music Genres That You Have Probably Never Heard Of

Without further ado, let’s kick off our list of weird music genres.

Pirate metal is an extremely amusing yet quality genre. The songs in this specific genre tend to be sea shanties sung or shrieked in the style of heavy metal, but accompanied by folk instruments like the concertina.

The blend of folk and metal shouldn’t work, however, listen to bands such as Alestorm and you’ll know that it’s highly addicted.

Math rock is a specific style of indie rock. The name stems from the fact that it uses complex time signatures and unusual meters. Math rock first emerged in the 1980s before peaking in the mid-1990s.

Similar uses of nonstandard time signatures and variable meters have now been adapted to pop music. This consequently spawned the genre ‘math pop’.

In 2001, Steven Roden created an extreme and minimalist genre of ambient music called lowercase. On his album Forms of Paper, Roden handled various types of paper, recording the sounds before amplifying, stretching, looping, and otherwise affecting. He did this until he generated a type of ambient electronic music.

In the words of Roden, “It bears a certain sense of quiet and humility; it doesn’t demand attention, it must be discovered… It’s the opposite of capital letters — loud things which draw attention to themselves.”

Roden states that he has made lowercase music since the mid-1980s. However, it wasn’t until 2002 that lowercase gained attention from the media following the release of the compilation album Lowercase-Sound. This introduced the genre’s other artists to listeners.

Roden’s “Bell Is The Truth (Berlin)” is a perfect example of how beautiful and mesmerizing lowercase can be. For this particular track, Roden tapped light bulbs together in total darkness. He used their fragile glass surfaces and springs to create bell-like sounds.

As far as genres go, folktronica does sound pretty corny. However it’s also a pretty accurate description. Bibio is a UK artist who often blends electronic and folk or acoustic music, his music is a perfect example of folktronica music.

Bibio’s influence on Boards of Canada manifested in the Scottish duo’s 2005 album, The Campfire Headphase. This album is one of the best blends of folk with electronic music.

Other notable artists include Alt-J, Animal Collective, The Books, and Caribou. Of course, these artists additionally play other genres too.

Electronic music has existed in popular music since the late 1960s, so it’s highly possible that it merged with folk on many other releases over the last few decades.

If you mix heavy metal with anime and horror tropes, this weird and wonderful concoction gives you Cute Metal. A combination of metal and J-Pop (Japanese pop), Cute Metal emerged in the early 2010s.

It mixes the J-Pop melodies and idol personas with the darker imagery of metal.

The band that is credited with pioneering Cute Metal is the Japanese trio Babymetal. This particular band also displays musical elements familiar to EDM. They use electronic beats that skitter, build, and then of course drop.

Despite the fact it has ‘house’ in the name, there isn’t anything house-like about the Witch House genre. It was initially coined as a joke by Travis Egedy (aka, Pictureplane). The artists who got put into the Witch House box did have a unique and identifiable sound.

The genre is characterized as having slow tempo, chopped and screwed songs that embrace goth, shoegaze, hip-hop, drone, noise, and even industrial.

Outside of Pictureplane, artists like Clams Casino, Holy Other, and even Zola Jesus also include elements of the Witch House sound in their music.

Like many of the genres we’ve spoken about in this article, Witch House hasn’t endured. It took a few years, but eventually the genre burned out. However, it doesn’t make the genre any less captivating.

Germany’s music scene has a bunch of different musical styles at the heart of it. It has had a surprising history with reggae since the late 1970s. The first German reggae artists were primarily white, middle-class youths who wanted to create a counterculture for themselves.

In the mid 90s, the genre took off after the artist Gentleman released several albums. Unlike some of the other different types of music genres on this list, German reggae still thrives today.

The originator of Black MIDI is Shirasagi Yukki. In 2009, he created the first black MIDI, which was uploaded to Nico Nico Douga, a Japanese video site. The song is based on “U.N. Owen Was Her?”.

This particular track was the theme song for the Extra Stage Boss level stage in the Touhou Project, Shanghai Alice’s series of vertical-scrolling 2D shooting games.

With regard to the genre itself, Black MIDI music is sometimes called impossible music because it would be impossible for any musician to play by hand.

Black MIDI tracks are made by inputting as many notes as possible to the Music Instrument Digital Interface. The ‘more is more’ approach seems to be the case within this genre!

The most intense black MIDI pieces contain as many as 93 trillion notes, the maximum allowed by most digital synthesizers. However, the file size of those stems means they are impossible to save, play or record.

Black MIDIs are so called because if they were written in standard music notation, the compositions would be entirely black.

Vaporwave is one of the most divisive micro-genres ever created and has caused quite a stir in the music community. The artists who operate in this genre placed as much emphasis on visuals as the music itself.

Their album sleeves and videos would often include early 1990s computer imagery, Japanese lettering, checkerboard floors (and other 3D animations or stills), garrish pastel and neon colors, and nods to the cyberpunk genres.

Musicians who resided in this genre also sought to mashup various audio elements via sampling and software instruments and DAWs.

They incorporated everything from muzak and new wave to YouTube samples and even other micro-genres, such as Chillwave.

Skweee is a type of predominantly instrumental music originating in Sweden and Finland that merges synth leads and basslines with funk and soul-like rhythms.

Its name comes from the idea that one is “squeezing out” the grooviest sound possible. This genre was also a big influencer of dubstep during 2008-2009.

That Was Our Guide On Weird Music Genres

So there we have it! We’ve been through the weird and wonderful world of sub-genres that you’ve never heard of. A lot of these genres seem impossible to put together, yet they strangely work extremely well.

These weird music genres just go to show that there are no boundaries or limitations when it comes to music and song genres. Make sure you keep breaking new ground and you’ll find your unique space within music!

What weird genres of music did we miss? Let us know in the comment section below. If you enjoyed this article, why not share it on social media. Be sure to tag us @musicgateway!

If you enjoyed this article why not check out another on our blog? Here are our articles on Best Metal Bands, Best Rock Bands and Best Pop Songs to get you started!

Showcase yourself and get discovered by fans and music reps through your very own artist site. Collaborate globally with other musicians, songwriters, producers, and more. Finally, amplify your music to those that need to hear it with music promotion and professional sharing tools. Try all of this out for yourself by joining Мusic Gateway. Join now for free! 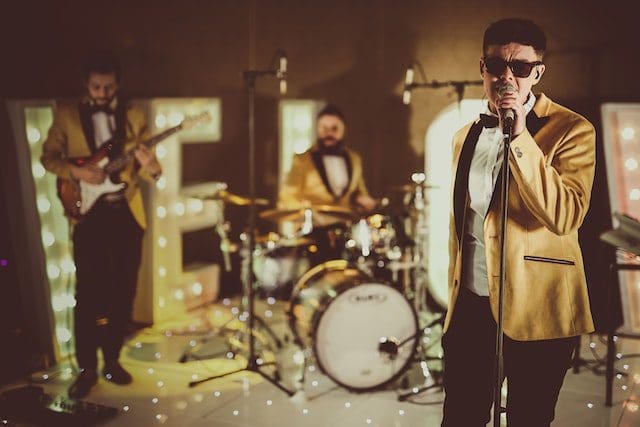