How To Make A Storyboard For Film In 4 Easy Steps: Our Guide

Storyboards are an essential part of making any film. Translating a vision onto paper is a crucial part of creating the end goal. In this article, we will discuss how to make a storyboard and the process needed to make them successfully.

A technique used by the likes of Steven Spielberg for Jaws and Ridley Scott for Alien, storyboards have a unique part to play in film history. Their purpose is to document all the needed content to produce a coherent film from a script. Giving a brief outline of all the crucial shots needed for production, they give a visual schedule of what’s to come. Whether it be for a marketing film or a feature movie, storyboards are often an overlooked process that can make or break visual content.

Firstly we will discuss what a storyboard is, why they are used, and why they are important. Following this, we’ll delve straight into how to make a good storyboard in just four simple steps.

What Is A Storyboard?

A storyboard is a visual representation of a script.

Designed like a comic strip, storyboards usually consist of a series of illustrated images with short descriptions. They demonstrate the main scenes and camera angles needed to create the producer’s vision. Even though storyboards are more commonly used for shorter projects such as feature films and cartoons, they are widely used among legendary producers.

Well-known storyboard artists have become sought after in the film industry creating works of art that are appreciated as glimpses into the process of making some iconic movies.

What Is A Storyboard Used For In Film?

Storyboards are used for advanced planning of film production. They allow an insight into what will be happening on set before production even begins.

Instead of diving straight into filming and necessary changes being made on set, alterations to the plan can be made in advance and create a general structure of the whole production process. You can count the number of shots and scenes allowing you to gauge the time and resources needed to make them happen. The production of a film can be a long and excruciating operation for producers, camera operators, and actors alike. A storyboard gives you the ability to plan ahead and make this process as smooth as possible. With the filming of some movies taking extended periods, years in some cases, they can give you a rough timeline of what will happen and when.

However, a storyboard is not a mandatory part of any filmmaking. It is completely dependent on the producer’s thoughts and whether they believe they need an extra planned schedule of the filming procedure. Being a long process, they can seem like a monumental task where the payoff doesn’t outweigh the effort. This is not true! Every single detail that can help successfully curate the production period should be welcomed.

Why Is A Storyboard Important?

Storyboards are often overlooked when making a film. The use of a storyboard can severely impact the process that is to come and can save a lot of potential alterations that might have been needed without one.

Most of all it allows for a visual representation that the whole production team can understand. A vision can often be personal and the language used to describe it is lost in translation; the essence of the story never being properly perceived. Having a storyboard can allow a producer to confirm whether their team understands their goal and the process needed to make it a reality.

It can also identify technically awkward shots, missing transition scenes, unaccounted-for lighting, all sorts of aspects that can be discussed before filming. Feedback can be given on the generalised process and concepts behind the work and improvements made in advance. It can also avoid any unnecessary shots or wasted money on unusable content.

After this section, we hope you have a better understanding of why storyboards should not be an overlooked process.

How To Make A Storyboard For Film In 4 Easy Steps

These steps are a common process used to create storyboards and keep them consistent and clear. Every step will be massively influenced by your own vision and you shouldn’t worry about rigorously sticking to every detail in the process we have presented to you.

A shot list is the most essential stage in making a storyboard. Every key scene within a script has to be included. You need to cover all essential shots and their camera angles, and consider how they are meant to be perceived. Do the angles convey the intended emotions? Will foreboding visuals be clear to the audience? All matters of potentially impactful conditions should be considered.

By the end of making a shot list, the number of scenes and shots required should be clear.

Now it’s time for the illustrations.

Firstly, the way you design your storyboard layout should be considered. How to do a storyboard layout is completely subjective and should reflect the desired end goal. The number of rows and columns is completely up for debate and depends on the amount of detail needed for each shot. Play around and see what works best for you! Now let’s break down the main steps to storyboard illustration…

Consider is the aspect ratio. Keep in mind the size and shape of the camera frames that will be used in production. If you’re making a vertical layout marketing film, don’t use a horizontally-designed storyboard.

Next is to start illustrating. By no means needing to be artistic, storyboard illustrations can be as simple as stickman drawings. The detail of each shot will determine how in-depth your illustrations need to be. Alternatively, drawing software can be used instead of paper and pencil, and has become a common technique. If your artistic skills limit even your ability to draw stickmen, a storyboard artist can be employed to illustrate your design. However, it is important to remember that nobody will be able to recreate your vision like you; the use of an artist should be only when necessary.

Include backgrounds also. Backgrounds absolutely do not need to be detailed, but should be included in the illustration. Generally, this just suggests what the scenery will look like. A country park, a busy high street, mountainous terrain, etc. However, if the background is a very essential part of the specific scene, more detail can be included.

In this section of how to make a storyboard for a video, we will discuss the smaller, but still important details.

Movement arrows are the first thing to include when going over the details. Arrows will need to be added for any movement a character makes. This can be a turn of a head or walking off-screen. A good way to visualise this afterwards can be by putting your storyboard into a slideshow. Playing the slideshow through can indicate if your arrows are consistent with each other and flow throughout the film.

Now camera angles need to be included impacting the way the audience perceives each shot. Is the shot static? Does the camera cut away from the characters? Are you following someone driving a car? For each shot, the camera angles need to be planned and can save a lot of time when it comes to production. Use arrows for this as well, but make sure they are distinct from the movement arrows!

With the essentials covered, you can now look at the more subtle, but still imperative details. Any props should now be included especially if they have relevance to the plot. Again, this part is completely dependent on the desired detail of the story. Once complete, you should add numbers to each shot making them easy to reference and providing a general idea of how long the whole process will take to film. Optionally, you can also add a few words to your storyboard to help translate the vision. Giving written context can help everyone involved understand the vision better.

Fundamentally, you have completed your storyboard. With nearly everything covered, you should have a pretty good storyboard on your hands!

Now it’s time to use your storyboard for its intended purpose. Run through each shot and see if everything appears to run smoothly. Do any camera angles not match up? Do the characters move between shots how you originally intended? Share your storyboard and get constructive criticism, this is the best insight you’ll get before production starts. Now you’re all set it’s time to get the camera rolling.

Creating a storyboard might be a long process, but it shouldn’t be hard. The detail is completely up to you and artistic illustrations aren’t always necessary to create a successful storyboard. Following these simple steps will allow you to create one for all its intended purposes. Whether you’re making a personal cartoon project or the next blockbuster, this technique is a practical way to understand what follows.

It’s up to you if you want to use a storyboard! If you want to just dive right in blind, be our guest. But keep in mind that behind the likes of Star Wars, Inception, Gone With the Wind, and Forrest Gump to name a few, was a great storyboard.

We hope you enjoyed this article and are about to go make some wonderful storyboards. Here’s a few other articles that might interest you: Film Production: A Guide On The 7 Stages Of Film Production, The Best Film Production Companies in the USA, Film Terminology Guide: A Basic Glossary Of Film Terms 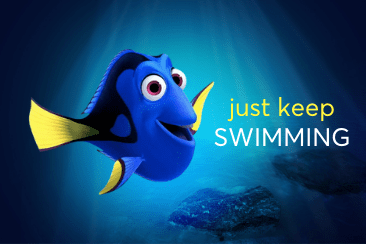 Best Disney Movie Quotes: A Review Of The Most Famous Disney Quotes

Disney has filled our childhoods and adult lives equally with magic and nostalgia. From the 1937s Snow White and the Seven Dwarfs to the most recent Raya... 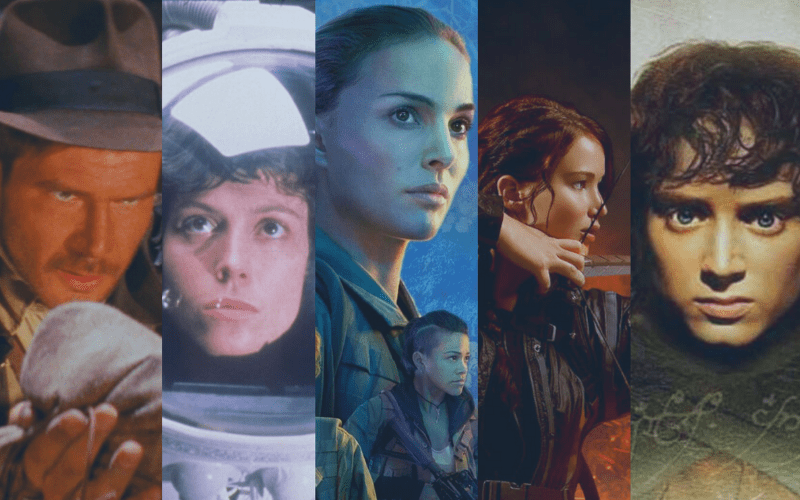 Best Adventure Movies Of All Time: Our Top 10 Favourites

Many of us have been whisked away by protagonists on mysterious and dangerous adventures. Who hasn’t fantasised about discovering lost treasure or venturing... 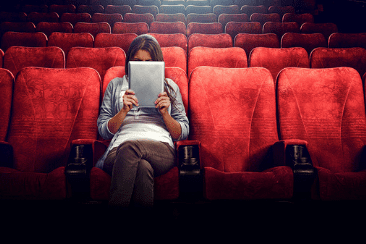 Film Networking Tips: How To Network In The Film Industry

In the film industry, film networking is everything. There is a direct correlation between those that use networking to their advantage and their success...