K-Pop has become a very well-known term in recent years. But what exactly is it? Where did it come from?

This article will provide a brief and concise view into the history and success of Korean pop music, as well as providing some of today’s best K-Pop hits as examples.

What Is K-Pop Music?

K-Pop is, essentially, South Korean popular music. K-Pop is not a ‘genre’, it is a broad term to cover South Korean music rooted in the culture. The sheer rise in popularity of K-Pop music can be attributed to the ‘Korean wave’ phenomenon; the 1990s to the mid-2000s saw the spread of Korean music and television across Asia and to the rest of the world.

The term K-Pop encompasses many genres and musical attributes and is still quite a new style in terms of music history. Korean pop covers more than just the music, too – the style and the dances that accompany the music are iconic and incredibly popular.

A Brief History of K-Pop Music

The term ‘K-Pop’ debuted in the 2000s – the style and music were previously known as gayo. Gayo is recognized as any popular music created in South Korea. In fact, the exact moment that K-Pop was created can be pinpointed – April 11th, 1992. This day is when Seo Taiji and Boys performed their explosive TV debut. This particular group was the first to add rap to South Korean ‘pop’ music, too.

The K-Pop boy and girl band style originated from looking at the Western boy band megastars in the 1990s – the sheer success of these bands created the model for Korean groups even to this day. The stars of these bands came to be known as ‘idols’, and the first official idol group was H.O.T – formed in 1996.

K-Pop groups are made collaboratively in a big team within a record company. There will likely never be a solo K-Pop artist. Everything about the groups is created to be successful and popular. From the choice of members, the style, to the songs and dance routines. For instance: Girl’s Generation’s hit song I Got A Boy has 36 credited songwriters, along with 15 worldwide producers! The umbrella term K-Pop has grown to such a huge size that it now has its’ own MTV Awards category!

Akin to record company-produced bands of the West such as One Direction or Girls Aloud, the Korean entertainment companies make groups with specific members to target young and impressionable audiences. These groups are then referred to as ‘Idols’. They follow formulas to create popular music and incorporate different talents within the group.

In terms of technical characteristics involved with K-Pop, there are a few recurring traits. Most songs include a phrase or certain lines in English. Usually, this is the title of the song. This has become increasingly popular – to the point that groups like BTS now write some songs fully in English.

The vast majority of K-Pop songs use a four-chord progression, and sound generally pop-y, with catchy lyrics and bouncy beats. Often this sound is mixed with raps and EDM elements. Most chart-topping hits are essentially dance or dance-pop songs.

K-Pop groups are formed of numerous members, to cover all the different talents and skill levels needed to properly perform. The amount of members is usually between 4 and 9, with multiple members being good at each skill (rapping, dancing, singing).

Style is a big signature of K-Pop groups – never look ugly or boring, and typically have a coherent style choice through the group. The members dress in matching, eye-catching outfits and have trendy haircuts; often creating trends with what they look like. Trends are adhered to in clothing, personal style, and even plastic surgery.

The stage presence and the show are another very noticeable part of K-Pop music. Big, choreographed dance numbers involving all members are frequently performed, usually having notable movements within them. The dance performance can help songs go viral; just look at Psy – Gangnam Style! The groups are made to adhere to these different talents: members are chosen for their skill in dance, rap, singing, or even just their looks! Potential group members often start training in their teens, in these stage skills – and are then chosen for a group.

Within the K-pop groups, there is a big emphasis on family, and working together. There are often roles assigned to most members. Each role often has a second or third deputy member, but there are some pivotal positions that are always taken.

Members are given positions by the entertainment company. The roles are only replaced when a group member leaves or the group breaks up.

The leader is typically the oldest member. They are ‘voted in’ by the other group members to represent the group and almost take care of the others. Sometimes, the leader is the person that was in training the longest. Some groups do not have a leader – like Blackpink.

This can be a point of contention – the visual is the member considered ‘most attractive’ in Korean beauty standards, and in terms of K-Pop idols. The visual is chosen to be on endorsements, and adverts.

Always the youngest member of the band is the maknae. The baby of the group is associated with cuteness and shyness, though some make their fame by being the total opposite!

The main vocalist has the best singing skills – they are the ones who do the challenging parts in songs, and are usually the core singer in the choruses. They are backed up by a lead and sub-vocalist most of the time, too, who begin parts of the song for the main vocalist to take over.

This type of member is given, obviously, most rap parts of the groups’ songs. The main rapper holds the best rap skills and techniques, although there is often a lead and sub rapper to begin or finish raps along with the main.

The main dancer is picked for their skill. They are often not a particularly strong singer and sometimes don’t even get given singing parts. Not all bands dance so this can be an omitted position. The main dancer will often ‘lead’ the dance by being in front and at the center of the formation.

5 Of The Best K-Pop Bands

The seven-piece boy band completely sold-out stadium shows across the world and has over 16 million monthly listeners on Spotify alone. BTS achieved a number one single in the US with Dynamite, two number one albums in the US, and created the best-selling album in Korean history: Map Of Soul.

BTS had the biggest music debut in the 2010s thanks to their catchy sound and recognizable look. The band has since released songs in full English, which have topped charts across the planet.

Formed by SM Entertainment in 2007, Girl’s Generation is regarded as the ‘Nation’s Girl Group’ in their native South Korea. Billboard even dubbed them the best K-Pop girl group of the past decade!

Recommended song: I Got A Boy

BLACKPINK is the world’s most recognized female K-Pop band. Debuting in 2016, the quartet hail from Seoul. They are the first K-Pop band to gain over a billion views on YouTube – the only other Korean pop act to reach this milestone was PSY with Gangnam Style! BLACKPINK has solidified merchandise deals with high street stores like H&M and is rumored to be collaborating with big American pop stars. They continue to tour across the globe.

Another globally successful K-Pop band is EXO. They performed at the Winter Olympics opening ceremony in 2018, and have netted four number-one singles on worldwide charts. EXO consists of nine members and produces music with rap, rock, and hip-hop elements.

EXO is often compared to BTS – both being massively successful K-Pop boy bands – though EXO came first, being formed in 2011. EXO even has ‘sub-groups, that perform different music separately from the whole band.

Twice is a nine-piece all-female group put together by JYP Entertainment in 2015. They rank fourth in terms of YouTube plays in the South Korean genre; beaten only by BTS, Psy, and BLACKPINK. Interestingly, Twice has found absolutely massive success in Japan – being the first girl group to do a full tour of Japan, selling over 200,000 tickets! The band has produced a documentary series in collaboration with YouTube, released in 2020, called Twice: Seize The Light.

Twice has also brought much-needed attention to the importance of mental health; a topic often overlooked in South Korea. They shed light on the reality that many live with when they announced member Mina would not be joining the world tour due to extreme anxiety. This was praised by many as the topic is still so taboo.

That Was Our K-Pop Music Guide!

K-Pop is a wide and varied genre, and evidently, a hugely popular one that shows no sign of slowing down in its worldwide chart domination. Despite some questionable practices (like creating a group to be a product), K-Pop bands have created wildly popular songs and won the hearts of millions of fans globally.

Many playlists and video lists exist to help you dive further into the world of K-Pop and its delightful culture! 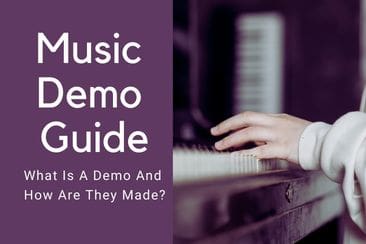 Music Demo Guide: What Is A Demo In Music And How Are They Made?

The demo track has been a constant in music for decades and is a classic . In this blog, we’ll define what a demo is, and how to use it! 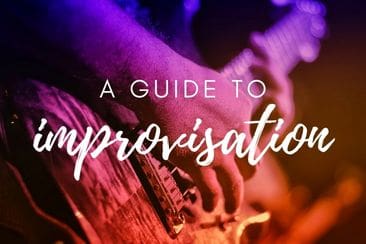 How To Improvise Music: A Guide To Music Improvisation

For many people who are learning an instrument, improvisation can be a terrifying prospect when first encountered. Once that initial fear is overcome, and...

Horus Music is the middle-man between creators and their audience, a role traditionally undertaken by record labels. They provide a range of services from...