BRIT Awards 2021: Everything You Need To Know

The awards show is back once again with a vengeance. After a year without live music performances, the BRIT Awards 2021 is looking hopeful. The show is bound to be explosive re-invigoration of the music industry and live performance.

Geoff Taylor, Chief Executive of the British Phonographic Industry and Brit Awards, went on record saying that, ‘This year’s BRIT Awards with Mastercard is one of the most significant in the show’s history’. He goes on to say, ‘Not only will we be celebrating the brilliant music and artists that have helped us through the pandemic, but we hope it will provide a path for the return of live music that fans and artists have so sorely missed.’ It’s safe to say we’re with him on this one and we look forward to one of the most important nights in British music of the year!

In this article, we’re going to take you through how to watch the BRIT Awards 2021, who will present it as well as the upcoming performances we have to look forward to and more.

We will also take a look at the 2021 BRIT Award Winners. Be sure to stay until the end so you don’t miss anything!

What Are The BRIT Awards?

The British Phonographic Industry’s annual popular music awards (aka The BRITs) are essentially a pop music award ceremony. They are usually held every year in February. Recognised for competitive award categories, the ceremony includes exclusive performances from huge artists and award presentations from some of the most loved faces in the industry.

The BRIT Awards are the UK’s alternative to the Grammys. Celebrating the best of British music artists while still showing some love for international stars. The nominees are determined by the BRIT Awards voting academy with over one thousand members. The academy comprises of record labels, publishers, managers, agents, media, and previous winners and nominees. The artists securing the largest number of BRIT awards 2021 vote will win the golden goose, or rather a statuette! This leads us nicely to our next point.

The 2021 BRIT Awards will be fairly similar to previous years but with an interesting twist! 2021 Brit Awards winners will be presented with not one but two statuettes, designed by Es Devlin and Yinka Ilori.

They have designed a trophy that comes in two parts. This means that winners are encouraged to share with someone important to them as an ‘act of kindness’.

Ilori said the inspiration for the idea came from the experiences of goodwill during the COVID-19 lockdowns of the past year.

The category for Outstanding Contribution is a Lifetime Achievement award. This particular award has been around since the BRIT Awards began in 1977. The very first winners of the award were The Beatles back in 1977.

With this in mind, it’s clear to say this award recognises the best of the best. Pink is the last artist to win the award back in 2019 which coincided with the release of her single ‘Walk Me Home’. That very year she put on an electric performance with multiple outfit changes as well as a duet with Dan Smith from Bastille.

While the award wasn’t presented last year, we hope we’ll see one in the very near future!

Where & When Are The BRIT Awards Taking Place?

The ceremony itself is going to take place in the O2 Arena on the 11th May. In 2021, it is taking place later than the usual February date due to the pandemic.

Organisers are promising that this will be the ‘first live music event at the O2 in ages’ when it takes place.

Who Will Present The BRIT Awards 2021?

Comedian Jack Whitehall has been hosting the BRIT Awards since 2018 and will continue to do so this year.

Whitehall will have equalled the record set by James Corden by hosting the ceremony in four consecutive years.

If you’ve ever seen the man in action, you will know Whitehall is sure to bring the energy and a barrel of laughs on this night of musical excellence.

How To Watch The BRIT Awards

It would be a dream to get tickets for one of the biggest nights in British music. However, they’re particularly difficult to come by.

Therefore, if you are tuning in remotely, the show will be broadcasted live on ITV and ITV Hub.

Be sure to be tuned in all night for some additional glamorous red-carpet content.

Are You A Key Worker?

The aforementioned head of the operation, Geoff Taylor, has said that, ‘As a thank you to the key workers who have kept our country going through the difficult times, we are inviting them to be our audience for the first live performances at The O2 in over a year.’

If you’re a key worker and fancy a trip to the O2, check out the BRIT Awards website. There you can enter a ballot to get yourselves a pair of sought-after tickets!

Who Will Perform At The BRIT Awards 2021?

Like every year, the show will also have some of the top artists performing. So far, Dua Lipa, this year’s Rising Star winner Griff, Headie One and Arlo Parks are confirmed to perform at the BRIT Awards 2021. Here are a few words from some of artists who will be performing on the night:

Dua Lipa: ‘This has been a long tough year for everyone and I’m delighted the night will honour the key worker heroes who have cared for us so well during that time and continue to do so.’

Headie One: ‘It’s my first live performance in 18 months, and I couldn’t think of a better place to do it.’

Arlo Parks: ‘To be able to share my work and vision with such a massive audience is a dream. I’m excited to create something that feels immersive and inclusive.’

Live performance is the essence of the music industry and we’re certain the 2021 BRIT Awards won’t disappoint.

But until then, let’s take a trip down memory lane and reminisce on some notable performances over the BRIT’s history.

In 2015, Kanye took to the stage with a sea of talented artists (and two flamethrowers) to debut his song ‘All Day’.

While most of the performance was censored for national television, the energy on stage for this performance was undeniable. Countless British artists joined Yeezy on stage such as Skepta, Krept and Konan, Stormzy, and others in a chorus of power and attitude.

West has won three BRITs for International Male Solo Artist in previous years. His last performance at the award ceremony was way back in 2006. This was the time he did a mashup of his hits Diamonds From Sierra Leone, Gold Digger and Touch The Sky.

The Purple One performed alongside Wendy Melvoin and Lisa Coleman of the Revolution. They used the opportunity to play two new songs – Te Amo Corazón and Fury.

Towards the end, they segued into Purple Rain and Let’s Go Crazy which cemented this in history as one of the BRIT’s greatest performances.

Stormzy closed the 2018 show with Blinded By Your Grace Pt 2 and Big For Your Boots. This was after taking home the award for best British male and best British album for Gang Signs and Prayer.

Despite a beautiful rendition of Blinded By Your Grace Pt 2, it was his freestyle rap that caused a stir. Amidst the downpour, he took aim at Theresa May and the Tory government over the Grenfell Tower fire.

He said, ‘Yo, Theresa May where’s that money for Grenfell? What you thought we just forgot about Grenfell? The artist goes on to say, ‘You criminals, and you got the cheek to call us savages. You should do some jail time you should pay some damages, we should burn your house down and see if you can manage this.’ The sheer venom in his voice expressed his anger and passion for political issues, making this a standout performance for the BRITs.

Florence And The Machine & Dizzee Rascal

2010 saw one of the best BRIT collaborations of all time. Florence Welch and Dizzee Rascal mixed together their tracks ‘You Got The Love’ and ‘Dirtee Cash’ to create ‘You Got The Dirtee Love’.

This mashup blew everyone’s mind in a pairing that shouldn’t work…but it did. The performance was so huge the pair went on to release the song as an official single and even performed it at Glastonbury.

Having one of the most popular songs of the year, it was only right that the Kaiser Chiefs would perform their hit song ‘Ruby’ back in 2008. The band’s explosive energy tore the roof off the room in an extremely memorable performance.

In 2006, the band won 3 BRIT Awards for British Rock Act, British Live Act, British Group thanks to their album Themselves so they’re no stranger to the Brit’s stage.

The BRIT Awards 2021 winners are as followed –

We hope you learnt everything you needed about the 2021 BRIT Awards as well as some of the award show’s history! I’m sure you’re as excited as we are to see all the BRIT Awards 2021 Nominees faces, mask free, for the first time in what feels like an age.

We have Jack Whitehall’s razor sharp comedy to look forward to with the additional plethora of highly talented artists performing and presenting.

Who are you rooting for? Did your favourite artist win? Just a reminder that – without sounding too much like a school teacher –  no matter who wins, the fact we can come together and share some of the best music in the world makes us all winners!

Also, check out our Sync opportunities page to get your music in TV and Film. Try it out for free today by signing up or clicking the button below! 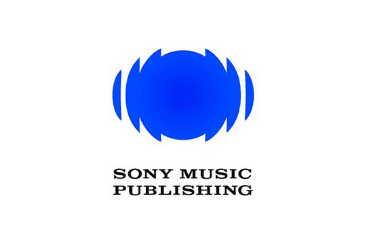 Everyone knows about Sony/ATV Publishing. Branding themselves as ‘the world’s no. 1 music publisher’, the company’s history extends back sixty years. Its... 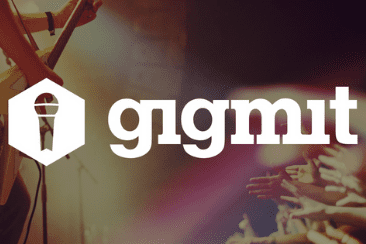 Gigmit Review: What Is Gigmit & Is It Any Good For Artists?

In the modern music industry – where streaming is king, but doesn’t generate the wealth of one – gigging has become more important than ever for... 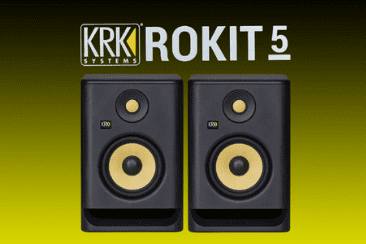 One of the main components of any music recording studio is a pair of monitors, especially monitors with a flat response. The KRK Rokit 5 G4 studio monitor...