10 of the Best Keyboard Players of All Time

It’s time for the very best keyboard players in music history to step out from the shadows and take their turn in the Мusic Gateway spotlight!

These keyboardists were chosen for their skill, influence and for their impact on the music industry. Interested in who we chose? Stay tuned to discover 10 of our favourite keyboard players!

With that being said, let’s check out our list of the top 10 best keyboard players in the world!

A member of The Doors in the late 60s and early 70s, Ray Manzarek is one of the best and most famous keyboard players from bands.

The band was co-founded with his friend Jim Morrison. Manzarek didn’t only play piano for the group, but also occasionally sang lead vocal. He grew up loving jazz and blues which carried over to the sounds he created.

Selling more than 100 million records during their time, they were known for their dark, rousing sounds. As well as their unruliness of their lead vocalist, Jim Morrison.

Manzarek collaborated with many artists such as Weird Al Yankovic, Iggy Pop, and Bal. He also wrote a couple of books throughout his career. Including his biography and some works of fiction. Furthermore, Manzarek was inducted into the Rock and Roll Hall of Fame in 1993 as a member of the Doors.

One of the top keyboard players in India is Sadhu Kokila. Well known as a comedian in the Kannada film industry, many aren’t aware he is also a music director, film director, and lyricist.

Sadhu Kokila is India’s fastest keyboard player who trained under musician Kasturi Shankar. Furthermore, Sadhu Kokila belongs to a musical family where his father was a violinist and his mother was a backing vocalist.

Sadhu Kokila made his introduction as music director in the film ‘Shhhh!’ directed by Upendra. He has received many awards such as Karnataka State Film Award and the South Indian International Movie Award. He also worked on famous films such as ‘Majestic’, ‘H2O’, ‘Deadly Soma’ ‘Masti Gudi’ to name a few.

Herbie Hancock is one of the best jazz keyboard players. He is an inspiration and collaborator for numerous keyboard players and has helped outline the post-bop sound in jazz.

Hancock was brought into the spotlight in 1963 when he joined Miles’ Davis’ quartet, the Second Great Quartet. The quartet commenced using elements of rock and pop music during Hancock’s tenure and at Davis’s insistence, Hancock learned to use additional electric keyboards.

Hancock’s entire career saw him familiarising himself with new instruments. Subsequently learning the electric keyboard, he began joining those sounds with acoustic ones. His advanced music demonstrated a great improvisational characteristic and was influenced by contemporary classical composers.

Elton John has to be one of the most famous keyboard players of all time. He has sold in excess of 300 million copies of his music internationally. Elton John is one of the best-selling music artists, with fifty Top 40 hits in the UK Singles Chart as well as US Billboard Hot 100.

Tori Amos is very well known as one of the best keyboard players as well as being one of the most incredible songwriters and performers.

At the tender age of 5, she was the youngest pianist to be accepted into the Peabody Conservatory of Music. She is also known for being signed to Atlantic Records and releasing 15 incredible studio albums.

What sets Tori apart from some of the other best keyboard players on this list is her eccentric performances. She has an amazing stage presence which is not only exciting to watch, but is also breath-taking at times.

Brenda Russell is an American singer-songwriter, producer, and one of the best keyboard players.

Russell has a varied musical range that incorporates pop, soul, dance, and jazz. She has received five Grammy nominations.

There aren’t many artists like Brenda Russell, she is an incredibly talented pop songstress. She has produced some standout great melodies and has a back catalogue complete with song masterpieces which even decades later, are still popular with listeners.

Her self-named album Brenda Russell was an exceptional solo debut from a pop artist. There is no doubt she is one of the best keyboard players of all time.

Geoff Downes is one of the most famous keyboard players from a band.  A member of the band Yes and also the new wave group The Buggles. He joined the supergroup Asia, which today he still tours with.

He notably entered the Guinness Book of World Records for his performance with twenty-eight keyboards onstage in a single show. Downes has even noted fellow Yes member Rick Wakeman as an inspiration for his work.

Even though Downes had two years out of the band Asia, he is still the longest-serving member and features on every single album they have released.

In the 70s, Downes joined up with fellow Buggles member Trevor Horn, Anne Dudley, alongside Hans Zimmer to form the group Chromium. They recorded the album Star to Star together in 1978.

Derek Sherinan is one of the greatest keyboard players of all time. He’d previously worked with Buddy Miles, Alice Cooper and Kiss prior to replacing Kevin Moore in Dream Theater, where he spent five years.

In recent times, he has reunited with his old Dream Theater buddy Mike Portnoy to form the prog supergroup Sons of Apollo. In relation to hard-hitting, in-your-face rock keyboardists, there isn’t a stronger player who is better to watch live. With good reason, he’s played with everyone, but even his solo stuff is great and over the top.

Stevie Wonder has exceptional use of synthesizers as well as other electronic musical instruments. His music helped reshape the R&B genre during the 70s.

In 1963, his single “Fingertips” reached number one on the Billboard Hot 100. Wonder was only thirteen years old at the time, the youngest artist to win that honour.

Stevie Wonder is recognised mainly for using a funky piano style in his music and advancing the idea of the concept album. He is one of the top-selling music artists and has sold more than 100 million copies of his music.

As well as a star on the Hollywood Walk of Fame, he has been welcomed into the Rhythm and Blues Music Hall of Fame, the Songwriters Hall of Fame, and the Rock and Roll Hall of Fame.

Wonder’s instrument collection includes the piano, synthesizer, and harmonica to name a few. Consequently, he has aided to establish numerous genres. Such as rock, soul, funk, and rhythm, and blues. There is no doubt he is one of the best keyboard players of all time.

Not only does Alicia Keys have the ability to play flawlessly, she also knows how to write stunning melodies. She was trained as a classical pianist and can even be seen performing classical piano songs on YouTube.

Keys is also renowned for having control over her artistic output. As well as image and having fought for creative independence ever since she first got signed to Columbia Records.

What makes Alicia Keys so amazing is the fact that she has written 4 billboard number 1 songs and has sold over 30 million albums around the world. Although she is a very impressive vocalist and songwriter, her piano playing and capability to write piano parts is why she is on the list.

That Was Our Review Of The Best Keyboard Players

Since a keyboard is one of the most popular modern instruments, it is hard to pick just 10 keyboard players.

We know there are loads that deserve a mention, but we think we did pretty well with this list! If your favourite keyboardists didn’t make the cut, let us know who your top keyboard players are in the comment section below!

We would love to hear from you! Also, be sure to share this article across your socials and tag us @musicgateway!

Find opportunities to get your music in film, TV, and more through sync licensing. Collaborate globally with other musicians, songwriters producers and more. Finally, amplify your music to those that need to hear it with music promotion and professional sharing tools. Try all of this out for yourself by joining Мusic Gateway. Get your 14-day free trial, no strings attached.

Have you always wondered what are the best music biopic movies and wouldn’t it be even easier if they were all written in one list for you to read about?... 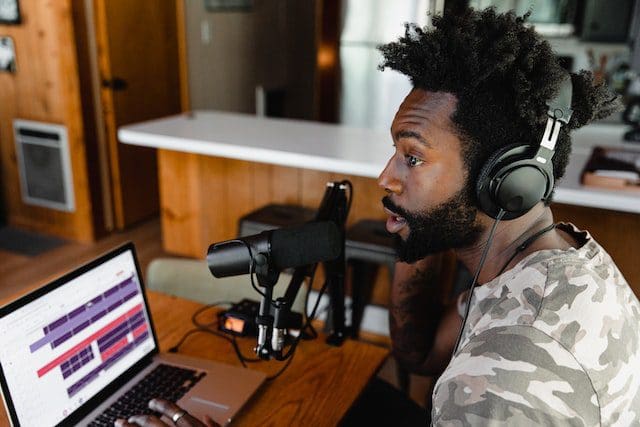 How To Prep For A Music Interview

Music interviews for a band or solo artist can sometimes seem daunting and they can make or break you when addressed correctly or incorrectly. The main...