There’s no question that for music rights holders, publishers, independent artists, bands and music creators, getting music placed within TV shows, films, games and advertising is one of the best, most lucrative revenue streams to secure in the music industry. Opportunities like this can act as a huge platform in which to expose yourself as an artist or the people you represent.

We at Music Gateway attend numerous conferences and network events to help grow our market knowledge, generate real work, business and sync opportunities for our members. It allows us to keep up to date with the latest trends for sync, and get invaluable insights into the needs of the Music Supervisors, how they like to work and who best to pitch music to their respective media. 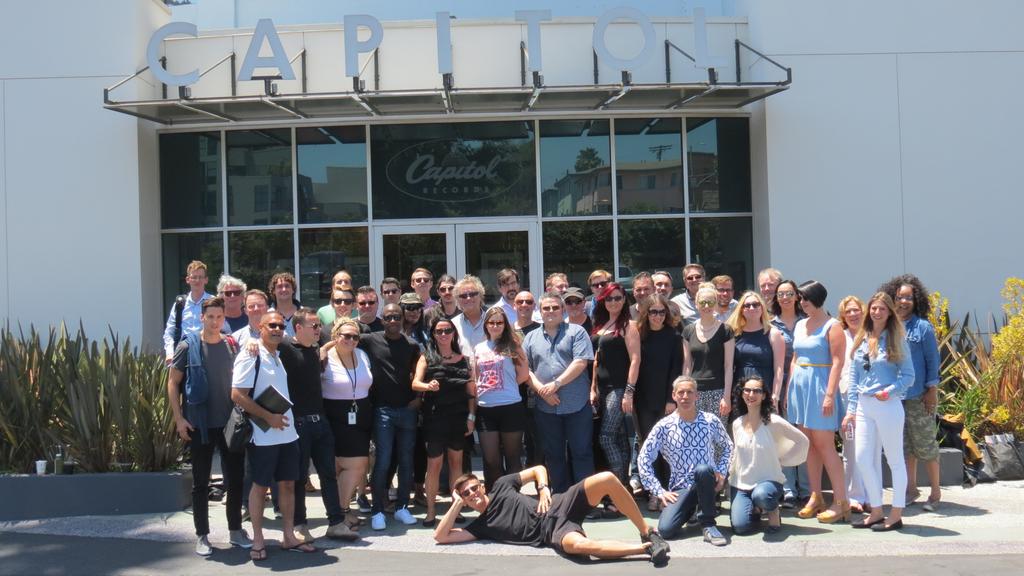 We thought it would be of benefit to share some of our experience and information, to increase your own knowledge of what’s considered best practice and what are the common pitfalls, do’s, don’ts that will hinder you getting your first placement and continued success. If you are completely new to sync, you might want to check out our Beginner’s Guide to Sync.

We highly recommend that in the first instance, you try to attend one or more of the various conferences that run throughout the year, including any specialist events that focus on sync. Of course, this can be expensive, but this is exactly why we represent our members, not to line our own pockets, but to generate placements for our members and sometimes we’re able to offer members free tickets to the events. I hope you enjoy the advice below.

Before you start thinking about pitching any of your music to a Music Supervisor, Head of Music/Licensing, first of all you need to ensure the quality of your songs and productions are of the highest possible standard.

You must have instrumental versions of all your songs, including, ideally an accapella and as a back up, a set of stems (broken down set of separate channels for each recording). Some producers, editors and directors require the flexibility to edit the song to make it most suited to a specific cue in the media, which may have dialogue. The same goes for advertising, trailers and promos where the edit can be very important. If you only have un-mastered demos of your songs, then you aren’t ready to pitch your songs. On large, they only want finished, professionally mastered recordings and not something that has been crunched through a mastering plug-in; so make sure you don’t make this mistake.

Pitching the wrong songs, or unfinished music is not only unprofessional, but will potentially black list you from having the opportunity to pitch your music to that person again. Wasting someone’s time is one of their biggest bugbears, so the best approach is to only pitch songs, when they are fully finished, mastered, and match the needs of the person you are pitching too.

It’s important that you know who you are pitching to, what shows or films they have coming up and make a reference to these in your pitch. 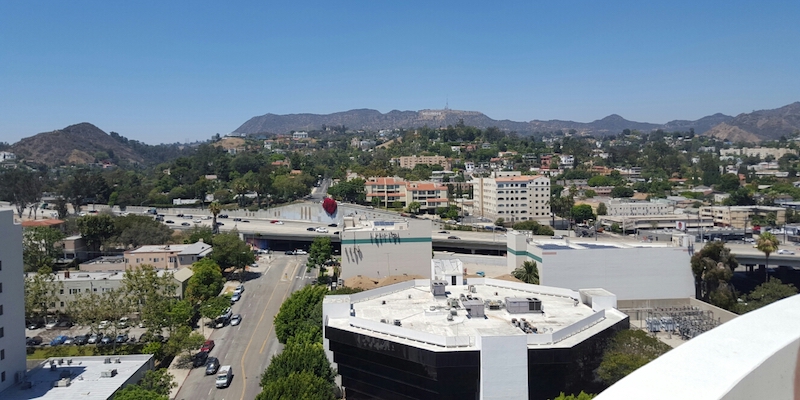 View from the top of Capitol Records

Before pitching any music to a company or music supervisor, it’s vital that you have the right permission to pitch that music. Do you own the master right of the recording (The Master) and or do you own the Publishing rights to the recording (writers / composers).

If you are an unsigned artist, band or composer without a deal from a label or publisher, you should own both the recording and publishing rights, if you wrote the song. However, let’s say you have done a cover version of a song. You may own the master rights, but the publishing is owned by the original writers of the song, which could be a multitude of writers, published by various publishers. For a Music Supervisor to be able to clear a license, they need to clear both the master rights and the publishing rights of the recording. Even if one of the writers has a 1% publishing cut and they are signed to Sony ATV, that publisher needs to clear the sync before it can be placed.

Therefore it’s vital with short deadlines that you understand this process and if you don’t have pre-clearance, it may be a bump or in some cases a dead end in the road for any potential sync. It is advised that you acquire written permission to pitch on behalf of the rights holder and or the publisher, so if you get a licensing offer, you can connect all parties and secure the deal quickly and without hassle.

TIP: Some publishers, especially for established songs, may have a minimum sync price or work to a pricing structure that they can’t move from. This is why publishers and rights holders prefer to own 100% of the rights, as it’s much easier to clear for sync and other licensing deals.

Sync placements are broadly categorised into the following sections: 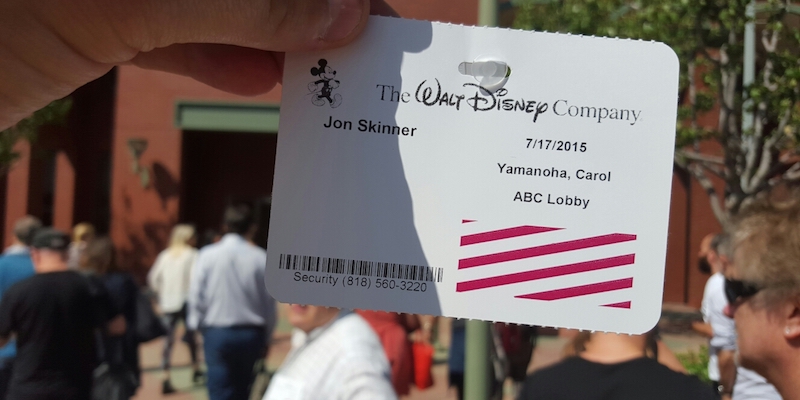 Music Supervisors license music for in show use and for use within film. They also sometimes commission bespoke original compositions for a variety of cues or promos, for film this is referred to as a score.

Trailers, promos and general advertising that uses music to promote a TV show or film, is normally a separate license and style musically to the in show/in film music or score. Normally, the music for the trailers are either well-known tracks or have a catchy hook targeted to a specific audience.

There is featured music, background music and different payments due, depending on the performing rights society, and on the use within the show / film. This can of course affect the budget the studio or client specifies with the use.

Generally speaking, the rule for films is 10% of the budget goes towards music. However, as this process is dealt with at the end of the production phase, sometimes budgets overrun in other areas and can lead to pressure on the budgets left for music.

Whilst the Music Supervisors put towards the right type of music, they are a middleman working to satisfy the need of their client, which is normally the producer or director. They also sometimes deal directly with the editor as well, who can provide creative input and support. In this sense a Music Supervisors budget may not have much room for negotiation.

Learning how the Music Supervisors engage with the other members of the postproduction team is an important curve to understand as to why they have such short deadlines and other pressures to deliver on time and on budget.

It depends on the project, but generally the Director / Producer and the Music Supervisor will sit down and do what’s called a “Spotting Session” with the film or show and work out where the music cue’s should go and make any notes on what would work in the various places within the visuals and with the dialogue.

The editor may have already or will use placeholder music to add to the visuals for helping with the cur points and or basic references for the style of music to be used. This can actually lead to issues, as the editor, on the whole will use well know music, which if expensive to license and controlled by one or more of the major record labels / publishers. Sometimes, the Director may fall in love with a piece of music, which is outside the scope of their budget, making replacement by the Music Supervisor difficult.

There’s several reasons why independent music is used a lot in film and TV these days. This is due to the variety of genres, styles and types of music on offer–anything other than mainstream pop–and of course it’s cheaper than licensing from any of the majors, Sony ATV, Universal & Warner Chappell (BMG is also considered to be a major these days).

Time is one of their biggest enemies 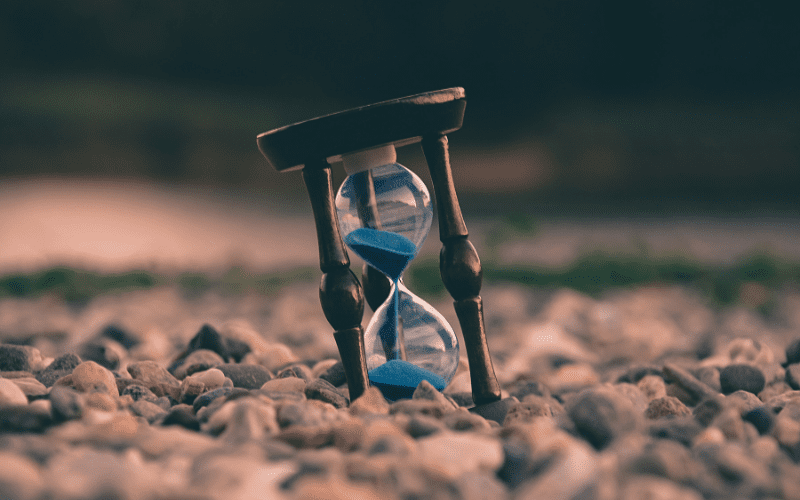 We all know that time is such an important factor, when sourcing music for a given project. Some Music Supervisors, especially within TV are given stupidly short deadlines to turnaround music for a given show, promo or requirement by the Producer / Director.

For Music Supervisors to be able to clear music quickly and have all the information at their disposal is vital. This is why production music libraries are a great resource for TV / Film, as they are a one-stop shop for licensing music on fixed pricing and clearance terms.

Production library companies normally work directly with composers; artists and writers to create fully owned and licensed music, whereby their company owes both the master rights and publishing rights for their recordings. They specify a rate card style pricing structure and a frontend searchable platform for Music Supervisors to search and find music they want to license and use.

Most library music is instrumental, however there is a place for lyrics and vocals, but it’s vital that if you are recording any material, you make instrumentals, radio edits, acappellas, and anything else that you can quickly send through on demand which will increase your chances of getting placements.

One of the reasons we created Music Gateway was to help with the time element. The workspace on a project is designed to make managing submissions quick and easy, and posting projects is simple and best of all free. 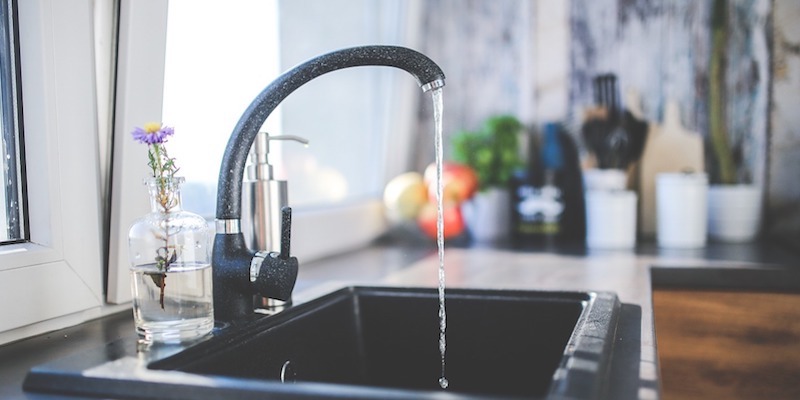 Now that you know what you are doing, Start Syncing!