Get your film to the right audience!

Submit your film and/or TV show for the opportunity to work with our partners and get your production to the audiences you need!

There are no costs to submit and you can submit as many projects as you like!

Work with us to ensure your score is award-winning!

Work with us to get the investment you need via our partners!

If you have areas of production you’d like to brush up on, let us speak to you about the courses we can offer!

There’s no catch, our terms and conditions are available for you to check!

We have tons more services for you to take advantage of

Need a hand finding music for your next project?

We’re able to help with every step of the music process for your production from on set performances to composer scores and commercial music licensing! 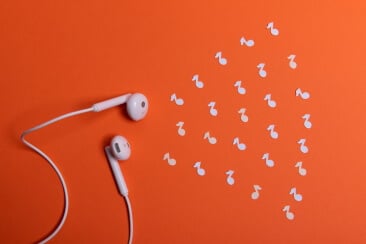 Looking for funding for your next project?

We’ve put together a directory listing a variety of film investors and companies to help you make that all-important decision on who would be best to fund your film. 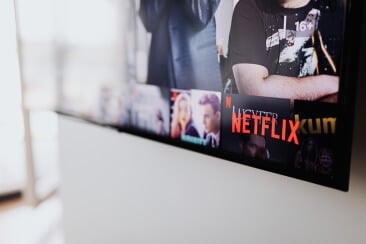 We cater for various types of usage on YouTube including micro-licensing for both commercial and production music at affordable prices! 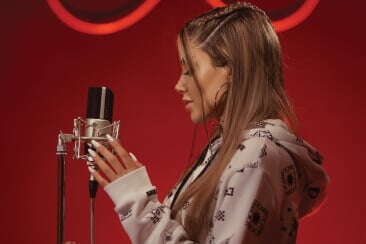 Our blog is filled with useful and interesting articles from camera recommendations to best films of all time for some nostalgia or inspiration!

Don’t believe us? See for yourself!

"Music Gateway reflects the reality of today, movement, freshness and technology at the same time. I love it!"

We know it can be stressful and difficult to decide who you trust to distribute something you’ve put your heart and soul into. There’s been no streamlined way to distribute your film from just one place… up until now. Tell us more about your production to see how we can help!

All that and more!

We’re home to the world’s most talented independent artists, record labels and music publishers for original work and cover songs. Our music library has been curated with passion to help showcase the best of independent music and we provide worldwide licensing for all types of media. So, no matter how big or small your project, we can help make licensing creative, fun and stress-free.


Or send us a message

Is the world of film distribution a mystery to you? Perhaps you have just completed work on your own film, and are now wondering what the next steps are? If so, then welcome – you have come to the right place!

What Is Film Distribution?

Put simply, film distribution is the process that makes the film available for viewing by the general public. Typically, a marketing plan will also coincide with the release of the film, so that as many people are aware of it as possible and hopefully decide to watch the film.

In theory it’s a simple process, but it is one that needs to be done right in order for your film to have the maximum reach and receive the attention it deserves.

How Does Movie Distribution Work?

So, how does movie distribution work?

In this section we will be answering this all-important question, as well as addressing how to get a movie distribution deal.

There are three distinct ways to go about getting a deal, the first is the traditional route.

This would involve you entering your film into a major international film festival. Chances are that you will be familiar with the most prevalent festivals, such as London, Sundance, Cannes, Berlin, Venice, and Toronto.

The films that are selected for these festivals go through a rigorous screening process, but if your movie is selected then you should celebrate. You see, it’s a chance for your movie to take off, as global distributors can view it and bid on the rights for their territories.

You should not disregard the importance of international sales agents. This allows companies to purchase worldwide rights to the film and then it can be distributed globally. What’s more, having an agent adds a level of credibility to your work, as distributors are more likely to seriously consider what you are offering if it a reputable agent is backing it.

If you opt for the traditional method then it’s our advice to get your movie seen by as many people as possible, in particular sales agents, as they have the power to pitch it to distributors and to enter it into all major film festivals all over the world. When your movie is spotted and bought by a distributer it will get into the hands of people globally through DVDs or onto streaming platforms such as Netflix. This is after it has had its moment in the sun at many cinemas.

If traditional film distribution appears too risky and time consuming for your project, you could always take a more direct approach. You can pitch your film to film festivals directly without the presence or backing of a sales agent. You could also get in contact with individual film distributors, after doing your research of course!

Take a look at the previous films they have marketed, and see if they suit your style of filmmaking or genre. This is also a good strategy for your film if it’s not particularly commercial and therefore unlikely to be picked up by major film festivals. You can research suitable distributors through the British Board of Film Classification (BBFC) website or Film Distributors’ Association’s UK Film Release Schedule.

It is vital that you consider the audience of your film before you make any rash decisions, as you want to do what is best for your film.

Your final option is self-distribution. This will involve you pitching your movie directly to cinemas, thus there is no need for an agent or distributor. This is a lot of hard work, as you will need to produce all of the marketing materials, film materials, your books and pay for advertising out of your own pocket.

Hiring a PR company is a good idea, as they can ensure that it is reviewed by all the appropriate press when it’s released. Although you can’t control the reviews, good reviews increase your chances of getting your movie into cinemas. You will need to get your film certified with the BBFC, hold test screenings a few months in advance and, most importantly, sell your film to cinemas.

This is extremely competitive, so we would advise you to take your time, and create a pitch that demonstrates why people will be desperate to see it. Think about what makes it unique and the main selling point behind it.

Keep going with your advertising and getting people to review it – as you can’t beat free publicity. Once a cinema books the film you will need to provide posters, stills, a trailer and more. Remember to invoice the cinema for your payment.

So, how do film distribution companies work? And, more importantly, what can they do for your film? First of all, a distribution deal will be signed with the company and the producers of the film, as they will buy the rights to distribute the film in question. The film distributors will have also explained to you their plans for which cinemas they intend to approach and how your film will be distributed after it’s time in the cinema.

A discussion will also take place concerning money, and how you will split the profits. The deal is often signed before filming even begins, as producers will be able to fund for their film far easier once you can prove to investors that it will be screened in cinemas. When the filming process is nearing completion, film distribution companies will consider carefully the release date. This is vital to how much money a film can make, and it is important to think about it strategically. For example, a children’s cartoon film is far more likely to make more money if it is released during school holidays.

A marketing plan will be drawn up, according to the target audience and research undertaken by the movie distribution company. This can include merchandise, social media campaigns, posters, trailers, TV adverts, and press interviews. Finally, it’s time for the cinemas to screen your film!

Also, with our Showcase page, you can show off your ability to make an exciting and polished movie. Showcase your work, list your upcoming films and allow fans to pre-order or buy them! With your showcase site, you can also use shoutouts to promote anything you like – from new projects and videos to your latest merchandise and big news.

You need look no further than us here at Music Gateway, as we are also an independent film distribution company. Along with also offering a variety of music services, of course!

We’re able to help with every step of the music process for your production from on-set performances to composer scores and commercial music licensing! Additionally, we’ve put together a directory listing a variety of film investors and companies to help you make that all-important decision on who would be best to fund your film.

We know it can be stressful and difficult to decide who you trust to distribute something you’ve put your heart and soul into. There’s been no streamlined way to distribute your film from just one place… up until now. Tell us more about your production to see how we can help!

Now You Know All About Film Distribution

Why not get in touch with us here at Music Gateway? We would be more than happy to answer any of your burning questions! Simply scroll up and get in touch via the links on the page.