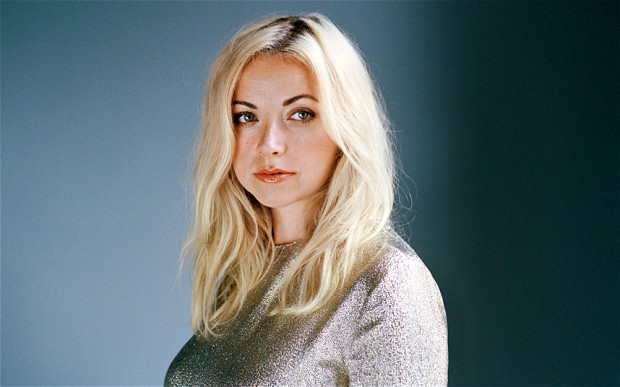 Charlotte Church has recently put in her two cents to add to the antics of, dare I say her name again, Miley Cyrus.

It seems Miss Church became engaged with as she describes it as the “online pissing contest” between Sinead O’Connor and Miley. Charlotte spoke of the over sexualisation of women in the music industry today and of how she was exposed to the same treatment too in her younger years. As a child-star herself she speaks of having first hand experience in this area describing the music industry as a “male-dominated music industry with a juvenile perspective on gender and sexuality”.

The singer also talks about how the industry likes to keep child stars young and fully exploit that image as far as they can until the artist reaches adulthood and suddenly turn that image on its feet completely by using the artist as a ‘sex’ symbol.

“There was a big clamour to cover my breasts as they wanted to keep me as young as possible…Then it became, ‘You should definitely get them out, they look great.'”

“To my mind, what this industry seems to want of its women increasingly is sex objects that appear childlike. Take your clothes off, show you’re an adult.”

Clearly Church doesn’t look kindly on the music industry and it portrayal of women through using their bodies to sell music and get them into the public eye. She speaks of how she regrets her early years due to her music videos having her dressed in sexual nature.

“Whilst I can’t defer all the blame away from myself, I was barely out of my teenage years, and the consequence of this portrayal of me is that now I am frequently abused on social media… Now I find it difficult to promote my music where it would be best suited because of my history.”

So I discuss now whether sex still sells and whether it truly is the wrong approach to take when marketing an artist. It is a type of marketing technique that has been used for years by a various amount of artists. It is usually typical of the ‘Pop’ market.

The market of ‘pop’ music is predominately aimed at teenagers. Anyone from 13-18. Now the idea of selling ‘sex’ to such a young audience does immediately seem wrong, however I feel it depends on how it is done. Think about the amount of times you’ve heard a 15-16 year old talk about how ‘hot’ Katy Perry is or how Justin Bieber is so ‘fit’. Now their songs alone are popular amongst teenagers and it is irrelevant of how an artists looks when it really does come down to the music, however it is common behaviour that if they are attracted to the artist that they are more likely to buy their posters, talk about them and generally ‘obsess’ over that artist. We’ve all had an artist that we have ‘fancied’ but it hasn’t corrupted our minds has it?

On the other hand I do understand that as an artist you shouldn’t feel like you have to ‘be sexy’ to sell records. The music should be enough. Now that is true and it can be demeaning for artists to be told to dress a certain away or act a certain way just to appeal to their market. I think what it comes down to honestly is the attitude and morals of the artist themselves. If that artist is fine with teenagers lusting over them in the knowledge that this will raise their popularity and sell more records then it is their choice. If this isn’t the approach they want to take then that is fine too.

Now there is taking it too far. Miley Cyrus has been a great example of this with her twerking at the VMA’s and naked appearance in wrecking ball. This kind of behaviour can give a highly negative image of an artist in the eyes of the public. So sex doesn’t always work. It can alienate your fan base also if they feel there favourite artist is ‘whoring’ themselves out. Over sexualised imagery and activity from an artist can destroy their image of being a credible and true artist as fans do essentially see their artist as devalued in their eyes and may lose their respect for them.

I understand Church’s views. It isn’t right that artists are pressured into presenting themselves in this way. The music should be enough. However, it has been this ways for years in all areas of entertainment whether it be music, film, T.V or even games and it has helped many artists careers. I think it really is a question of whether as an artist they want to be portrayed in this way, the choice is always up to the artist when it comes to the final call.

It’s not just female artists that are under this pressure too. Look at ‘One Direction’. CONSTANTLY fans are commenting about how Harry Styles is so ‘gorgeous’ and they want his babies etc. Now they’re music is good enough to appeal to the masses however the fact that teenage girls have a deep obsession with them because of their looks helps them out a GREAT deal. Have you seen the amount of twitter followers Harry has? Check that out.

Now this has also been done for years. Look at Cher in the music video for the song ‘If I Could Turn Back Time’.  She is essentially dressed in a very sexual nature, stockings, revealing clothes, go and watch it you’ll see what I mean. Personally I do think it is unneeded for the song but the point to take from this is that it has been done for years. Whether it is right or wrong it frequently happens in the industry and has for years.

Also, look at Peter Andre with ‘Mysterious Girl’. The song was a great hit but it can’t be said that his six pack didn’t help a few sales of that song.

It’s a controversial subject. So I ask to you… what are your views on this? Is it right for artists to portray themselves in this way, has it devalued the music industry into focusing more on image than the actual music or are they just giving the public what they secretly want to see?
Leave a comment below and share/tweet about!