ADSR envelopes allow producers to have flexibility over certain aspects within a song. However, understanding what ADSR envelopes are can be tasking, never mind using them. In this article, we will cover everything you need to know about them and how they are used in music production.

We hope by the end of this article you feel more comfortable with the concept of an ADSR envelope and consider using them for your music production.

When working on new music, many producers will use synthesisers. To alter aspects of the sound on a synth, ADSR envelopes are used. They are a fundamental tool for music production and should never be overlooked.

First, we will explain what they are in more detail and how they’re specifically used. Once we’ve broken down the four elements of ADSR we will show you how to use them for your own music.

What Is An Envelope In Music?

An envelope describes how a sound changes over time. Whether it be for pitch, amplitude, or filters, they allow us to analyse the alterations in the sound to aid music production.

Envelopes include the components of a dynamic musical tone. This is especially important when it comes to timbre, the perceived sound quality of a note or tone.

Music producers use envelopes with software, usually a synth, to look at these musical aspects to inform them of certain necessary alterations.

Different instruments produce sounds in different ways. When combined, the way each of the sounds progresses over time can clash and produce an undesired outcome. To counter this, envelope generators are used. The type of envelope used can differ, leading us to our next section.

What Is An ADSR Envelope?

ADSR stands for attack, decay, sustain and release. This describes 4 essential components within a sound, representing the four stages of modulation. An ADSR envelope allows a producer to change these components within different sounds to result in a coherent track overall. Most typically, this is used for controlling the loudness of a song but isn’t the only feature.

An envelope provides us with different information about the sounds within a track. A music generator is what then allows a producer to alter those different aspects. One commonly used generator would be an ADSR envelope.

The Four Stages Of An ADSR Envelope

Like we previously discussed, the 4 stages of modulation within an ADSR envelope are attack, decay, sustain and release. We will now look at each of these separately:

The attack determined how long a sound takes from a key being pressed to reach its full volume. This is generally instantaneous on a synth and is the first factor of a sound.

The attack starts at the very beginning of a sound and finishes at the loudest moment which then leads onto the decay.

The decay describes the length of time the sound takes to reach the sustained level of sound after the peak of the attack. This is often used to change the overall sound of the track.

The release describes the end of the sound. It allows us to see how long the sound takes to end after releasing the key.

How To Use ADSR Envelope In Music Production

There are many uses of ADSR envelopes. Even though the changes might be subtle, they dramatically improve the quality of a track.

Now with the ADSR envelope explained, it’s time to take a look at how you could use it. We’ll look at some common and simple ways they are used to impact a track.

A staccato effect is where notes are sharply detached from each other. These notes have a strong attack and a rapid release.

To do this you want to shorten the time of the attack. This can be instantaneous with no delay until the attack. This is followed by shortening the decay to create a sudden drop to the sustained volume.

Legato is the opposite of staccato. Instead of having detached notes, they are connected smoothly creating a rich, lush tone. To do this, increase both the attack and the release.

This is also a great way of creating personalised pads. Use them as leads or lower-end bass.

Sometimes a song may sound too pristine. Perfecting the sounds can leave a track very computerized and lacking character. Adding in some ‘background noise’ can make a track more relatable and leave the listening feeling they are at a live gig. Altering the sustain can add this.

By turning up the sustain you create the illusion of adding a reverb. This makes the listener think another mic was used in another part of the recording studio, adding the effect of background noise. Depending on the style of your music, this can be an effective way of adding personality to your songs.

On the contrary to the previous example, we will now talk about decreasing the sustain.

Tracks may pick up undesired sounds when being recorded. For example, picking up the buzz of a guitar amp is a common issue when recording. To counter this, decrease the sustain. This cuts off the undesired sounds creating a clean and precise sound.

When trying to mimic percussive sounds you probably want to add nice tails to your sounds. As percussion always ends in tails, recreating this is necessary for the desired effect. Increasing the release time will achieve this. This stretches out the time between the attack and the sustain lengthening the tail.

Getting your vocals to sound like the centre of a track can be tricky. Like instruments, increasing the attack will emphasise the focus on this sound. However, you risk also emphasizing undesired sounds. Automating an attack on specific syllables can counter this and create the desired effect.

If you work in music production, you probably know that making a track louder can be one of the more difficult stages within the process. Increasing the peaks of a song can distort the sound and result in an undesirable effect.

Increasing the sustain is a great way to counter this. Instead of increasing the peaks of the sounds, you just increase the average volume of the whole track. Instead of changing specific elements, you impact the overall track. Make sure to be cautious not to make your track sound too unnatural. Having a high sustain compared to attack is not normal within music and will be conveyed when listening.

That Was Our ADSR Envelope Guide

There we have it! That’s everything you need to know to get a start with ADSR envelopes. No matter the type of producer you are, this tool could become an essential part of your arsenal.

The concept of what ADSR envelopes are can be a little confusing. The idea of changing specific aspects of a sound over time can appear time-consuming and difficult. We guarantee once you’re used to using ADSR envelopes, it will be a breeze! Getting familiar with how the attack, decay, sustain and release impact the attack is the initial hurdle.

Once your knowledge has grown, simply playing around with these can help better your understanding. Look into the way other similar musicians to you use ADSR to get inspiration.

There is no correct way of using ADSR envelopes. Use them however best suits you – avoiding them should never be an option. They are an essential way to improve the quality of a track and the overall sound. Your track may sound great in its raw form, but you’ll never realise how good it could sound until you try ADSR envelopes.

After reading this article we hope you feel more familiar with what ADSR envelopes are and how they are used. If you’re currently in the process of producing a track, we highly recommend giving it a go!

Have you had any experience with music production? We’d love to hear about your experiences in the comment section below! Also, if you think your friends will find this article useful, share it on social media and tag us @musicgateway!

Do you want to learn more about music production and further your education? Then check out the Academy. Our courses are designed to give you skills that are valuable to you as an artist.  Whether you’re looking to learn a new instrument, understand how to use a specific DAW, or want to get better at songwriting, we’ve got a course for you!

By joining Мusic Gateway, you can also collaborate globally with other musicians, songwriters producers, and more. Finally, amplify your music to those that need to hear it with music marketing,  music promotion and professional sharing tools. Join now for free!

7 Benefits Of Listening To Music While Studying

By Tamarin Fountain Knuckling down to some revision can be hard. So what can you do to make your study time more effective and productive?  And... 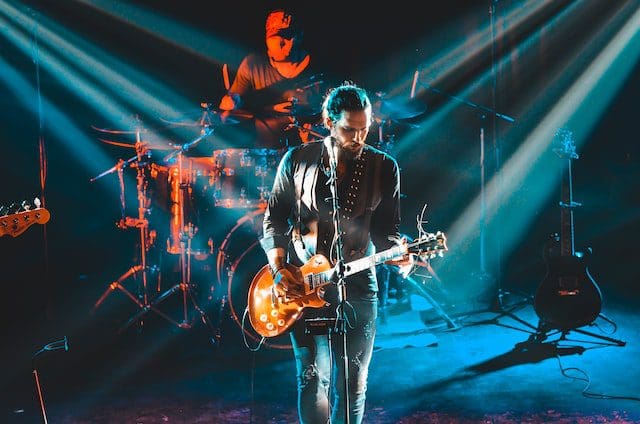 41 Famous Singers Who Changed Their Names

By Laura Morley As a singer or musician, your identity and branding are an important part of your act and many artists choose a stage name. So, which... 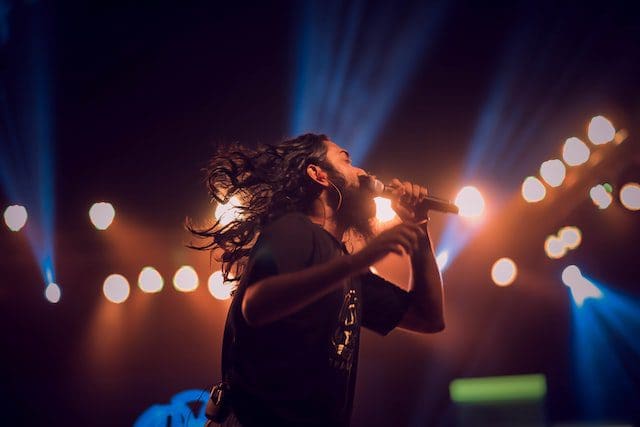 Getting Noticed In The Music Industry As A Singer Or Artist

By David J Littleton With the popularity of working in the music industry rising, getting noticed seems to be becoming harder and harder. After the...