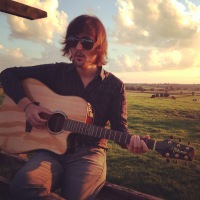 Matt Henshaw’s biography is already complex at the age of 26, which gives his song-writing a depth and maturity that could only have come with experience; suffering for his art and travelling a journey that has shaped and honed his skills – and it shows. Having paid his dues, he is still on his way up…and the best is yet to come.

This soul-loving, tea-drinking gardener is a singer/songwriter of some repute from Ilkeston, between Nottingham and Derby, who is now living in Leicester and taking the local music scene there by storm. His penchant for acoustic sets and original songs showcases his love of guitar and vocal – based soul & blues, demonstrating his influences of Otis Redding, Marvin Gaye, Steve Marriott and Sam Cooke, and earning him the description of ‘an old soul in a young body’. He has named his unique sound Acoustic Rhythm and Gospel, creating a new music genre and inspiring his audiences to follow the man and his music. Widely respected by his peers and well known to the gig-going audiences in the Midlands, he is now travelling the length and breadth of the UK looking to broaden his appeal, continue the journey that has taken him this far, make his mark on the national music scene, and see where the ride takes him.

His recent decision to perform as a solo artist, stripping back his unique sound to just an acoustic guitar and his superbly mellifluous voice, has already generated much interest and he can be found most evenings on a stage doing what he was born to do, guitar in hand, working his particular brand of magic; his beautiful soulful voice and ethereal guitar weaving a spell over a gathering with self-penned songs so resonant with emotion and meaning they would cause an angel to weep, leaving his audience spellbound and wanting more. This rapidly growing interest has strengthened his resolve to make himself prominent on the UK music scene, and his web-based activities on popular social networking sites such as Facebook and Twitter growing his following to promote himself and his music are now paying dividends, with fans across the globe wanting more.

His superlative voice and stage presence has already won him critical acclaim from respected publications such as the NME and The Guardian; he has been featured on BBC Introducing numerous times, appears regularly on independent radio stations throughout the Midlands, and opened the main stage for Dizzy Rascal at Lovebox Festival in London after winning the NME Breakthrough Act in 2010. He was previously a founder member of Censored, a band who garnered much critical acclaim and fame throughout the Midlands, and who supported Snow Patrol, Ocean Colour Scene and We Are Scientists, also playing the Isle Of Wight & Reading and Leeds Festivals. More recently, he has collaborated with numerous artists in and around his home patch to create a unique sound with the Derby-based MC Reggiimental, which has been dubbed B-Boy Soul and which generated the widely-acclaimed album ‘Coming Around’- the most under-rated album release of 2013. He has also teamed up with a former bandmate, under the name of Satsuma Elephants, to generate psychedelic rock with soulful undertones; an eclectic mix which demonstrates how successfully he can slip from genre to genre, and even create new ones, without losing integrity and which showcases his appeal to his many appreciative fans.