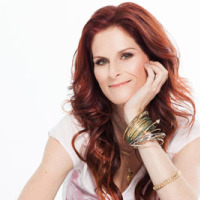 Arden Kaywin is a singer, songwriter and vocal coach based in Los Angeles, CA. She is known for her thoughtful, witty songwriting and her powerful voice.

Arden has released two albums and played two U.S. tours in support of their release. Her songs have been featured in shows on NBC, ABC, CBS, PBS, ABC Family, ESPN, The WB, The CW, Discovery, OWN, Logo, Nuevo TV, Oxygen, Lifetime and MTV networks. Notable licenses include: They Lying Game, Charmed, One Tree Hill, So You Think You Can Dance, Army Wives, Good Morning America, CBS Sports, The Jersey Shore, Next, Sixteen & Pregnant (for a full list click on Music and select TV/Film). She wrote and performed the theme song to the show Deliver Me, now in its sixth season on the OWN Network. Arden also crafts custom songs that have appeared in national commercials for Michael Kors, Meow Mix and The Boston Childrens’ Hospital. Her voice lives inside Mattel's Barbie and the Frog Princess singing Barbie Doll and Polly Pocket's Pollywheels commercials.

In addition to her singing and songwriting endeavors, Arden works as a songwriter, vocal producer and vocal coach for other artists. Few are aware of Arden’s earlier accomplishments as a classically trained singer. She earned a Masters of Music in Vocal Performance from the Manhattan School of Music and a Bachelors of Music in Classical Voice from the Oberlin Conservatory. Before turning her attention to pop and commercial music, Arden performed with the Opera Theater of St.Louis, The San Francisco Opera, Brooklyn Academy of Music, and The Aspen Opera Theater Center. Her career experience as both a conservatory trained singer and a contemporary pop recording artist & songwriter gives her a unique perspective well suited to technically nurture and artistically inspire the artists she works with. She has worked with major label artists (Radio Killa / Interscope / MySpace Records), contestants from American Idol (Season XIII) and X Factor, indie artists (ZVision Records / PEGA Records) and “'tween” artists (Kidz Bop / Disney). Her regular collaborators include Grammy® winner Rafa Sardina (Lady Gaga, Luis Miguel, Macy Grey), Grammy® winner Jeff Bova (Katy Perry, Celine Dion, Meatloaf), Emmy® nominated songwriter Amy Powers, and Loren Gold (music director for Demi Lovato, Selena Gomez, and Roger Daltry).

Arden’s entree into the pop world came in 2006 with the release of her first album Quarter Life Crisis. The album was embraced for its pop rock musings on life, love and twenty-something angst. Its single “Me With Me” earned a nomination for Pop Song Of The Year by the 2006 Independent Music Awards. Napster.com featured Arden as a Hot Pick on their pop page, and Smother.net named Quarter Life Crisis an Editor’s Pick alongside Coldplay and The Dave Matthews Band.

Arden’s second Album, The Elephant In The Room, was released in 2008 prompting reviewers to describe it as “a playful, imaginative, dreamy world in which Kaywin’s stories are told with a bizarre charm characteristic of artists such as Tori Amos, Alanis Morissette and Rufus Wainwright”. AOL Music featured the video for the album’s single “Let It Go” as their Video Of The Day. The Elephant In The Room was listed as one of the Top 10 Albums of 2008 by Next Big Hit, and was nominated for The Rockwired Readers’ Poll Best Album, Best Female Artist and Best Song for “Let It Go”, and Musiqtone’s 2008 Indie Artist Of The Year Award.