EDM (Electronic Dance Music) is a very broad church. As an umbrella term, it contains within it all kinds of nuanced sub-genres with their own specific flavours.

What Is Acid House?

Acid House, also known simply as acid, came out of Chicago in the mid-1980s. Like it’s forefather, Chicago House, Acid House is a minimalist form of dance music with the slight distinction that it relies on the distinctive electronic squelch of the Roland TB-303 Bass Line Synthesiser.

A Brief History Of Acid House

80’s acid house music is widely thought to have begun in 1987 with the release of Phuture’s ‘Acid Tracks’. The song is reported to have been composed as early as 1985 and legend has it that it got it’s first airing when Chicago House legend DJ Ron Hardy played the song on the Chicago Club scene. Psychedelic drugs were a huge part of the scene at the time and legend has it that patrons started referring to the song as ‘Ron Hardy’s Acid Track’ which ultimately led to the single being released under that name in 1987.

More recently, in 2002, a 1982 album by Bollywood session musician Charanjit Singh (one of the first artists to work closely with the Roland TR-808 and TB-303 drum and bass synths) called ‘Synthesizing: Ten Ragas to a Disco Beat’ was rediscovered and has led some historians to refer to this as the first example of Acid House music.

Whilst 80s acid house was prominent in the USA, the acid house era in the UK was really into the early 90s and is sometimes referred to as the Second Summer of Love, credited with a reduction in football hooliganism and fighting as football fans moved from fighting to music and ecstasy in a peaceful movement that echoed the San Francisco Summer of Love in 1967.

Whilst it might look pretty unassuming compared to something as imposing as the Moog Opus 3 or the Prophet, but the relatively small and low cost Roland TB-303 defines the sound of the genre. It was manufactured out of a small Roland factory in Japan between 1981 and 1984 and there were only ever a relatively small number made. The key element of the sound is what’s known as the ‘Electronic Squelch’ which the synthesiser achieves by constantly modulating the frequency and resonance controls which creates movement in what would otherwise be a relatively simple bass line.

In a lot of Acid House, the TB-303 is also combined with a TR-808 which lends that instantly recognisable electronic drum sound that has underpinned some of the most iconic House and Hip Hop tracks of the last 40 years.

Acid House tends to sit around the 120-130 BPM mark, making it great for dancing to. With 120-130 BPM being slightly ahead of a normal heart rate, this adds to the feeling of euphoria associated with acid house.

4. Part of a Wider EDM Scene

Whilst Acid House is it’s own flavour of EDM, it also has strong ties to the culture of other electronic genres and scenes and often blends with Big Beat, Detroit Techno, Deep House, Breakbeat and Psychedelic Trance.

Like lots of other electronic dance music, acid house is very closely linked to minimalism and tends to rely on short repeated musical phrases on a loop with new elements coming in and out to build and release tension.

Whilst other electronic genres like Slap House build and release tension by emphasising the absence of the beat and bringing it in with full force (known as Dropping the Beat), Acid House tends to keep a core beat going throughout, avoiding big beat drops and instead building up the music with additional harmonic and melodic layers.

As such, Acid House songs are often slightly longer and slower-burn than other electronic styles with 4:30 to 6 minute songs commonplace.

5 Of The Best Acid House Songs

Widely regarded as the first Acid House track to be commercially released, Phuture’s 12 minute epic builds slowly and it’s easy to see why this track achieved such popularity.

The unofficial godfather of Acid House, Singh’s “Synthesized: Ten Raga’s to a Disco Beat” is an awesome record. The Roland TB-303 cuts through the mix as Singh seamlessly blends traditional Indian instruments such as the Sitar and the Bansuri with synths to create something that sounds really interesting – especially as the tonality shifts from quartertones through to more modal melodies creating a more nuanced and intriguing sonic profile than a lot of the more mainstream acid house records that followed. It’s easy to see the early footprints of Acid Jazz in this record.

The frontman of Phuture has also released a number of records under his own name including ‘Box Energy’ which has both the Roland TR-808 and the TB-303 very high in the mix. You can really hear the squelch of the 303 and the classic gated reverb on the 808 snare gives it that classic 80s acid house feel.

Named after the famous drum synth that underpins loads of acid house, EDM and hip hop tracks – 808 State bring the UK perspective to the Acid House party. A lot of the same features that are present in the Chicago Acid House scene but with a slightly different approach to the mix – certainly more mid-scooping going on which gives the impression of a slightly wider and deeper overall mix.

In this track there is more in the way of counter-melodies and the different layers have some differing and sometimes competing lines which echo more jazz/ bebop sensibilities, but whilst still retaining that minimalist repeated phrase.

5. “Your Love” by Frankie Knuckles

One of the pioneers of the electronic music scene in the 80s and 90s, Frankie Knuckles sadly passed away in 2014 aged 59. His track ‘Your Love’ takes the bass line from the Source and Candi Staton’s ‘You Got The Love to See Me Through’ and adds in new synth and vocal melodies. The great thing about Acid House is that there is always room for new acid house music made outside of the main acid rave music era of the 80s and 90s and this track is a good example of how the genre has evolved over time.

How To Make Acid House Music

The main staple of Acid House is that distinctive electronic squelch from the basslines generated by the Roland TB-303 so when making your own Acid House, this is a great place to start. If you can also add in a Roland TR-808 that will only help! As a gear purist, I’d say there’s no match for the real thing, however these can be a little hard to get hold of and they are pretty expensive (a cursory glance at Reverb shows the TB-303 coming in around £1,500 and the 808 at over £4,000) and actually, there are some really good software and hardware alternatives that give a really close replication of some of those classic tones. Apple have built 303 and 808 software instrument patches into Logic Pro X. The Cyclone Analogic TT303, the 303 Devilfish Mod and the Roland TB03 are all options as well.

Once you have your instrumentation with that classic electronic squelch, you want your BPM to between 120 and 130 beats per minute to give that classic EDM euphoria. It’s worth spending a bit of time on the bass as the bass tends to play throughout an Acid House track and the way the bass sounds is core the identity of the genre. Generally the bass line and harmony comes in the form of a short repeated pattern, typically 2-4 bars. That pattern plays over a straight 4 to the floor beat and you can bring different layers in to create variation and have your track grow and swell. Add in some off-beat or syncopated hand-claps and rhythmic tools to add a little funk and you are well on your way.

In terms of vocal lines – some acid house songs are structured as more traditional songs with clear verse and chorus (over the same underlying pattern) whilst others are more stripped back and rely on different synth layers to add texture.

Philosophically, when you’re aiming to create an acid house track, the aim is that you want your audience to dance in a continuous flow, so even when there are vocal lines, these tend to rely heavily on repetition and short phrases. The movement of the track should be continuous without any big contrasting drops in the flow or the intensity of the instrumentation.

That Was Our Acid House Guide!

Acid House is a really cool genre, both for dancing but also for having in the background whilst focussing on work. It’s also a really fun genre for artists to create in because the longer form allows you to experiment with more musical ideas and build them up slowly without worrying about your track being over long.

We’d recommend diving into a few playlists – Spotify has a great Acid House playlist which includes some of the tracks we’ve referenced here. And if you’re feeling inspired by the genre, go play! Enjoy! 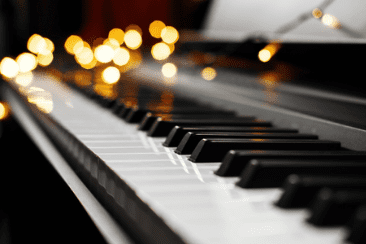 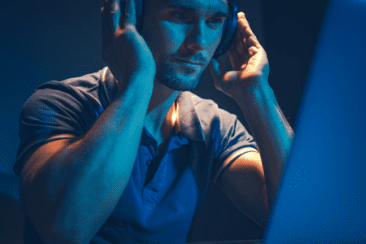 Mastering. It’s a term that gets mentioned a lot in the recording process – but it’s often the kind of thing artists know they need but don’t necessarily... 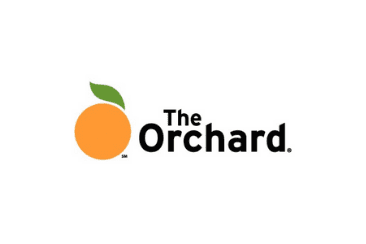 Before the internet and The Orchard Music rolled into town, there was only really one route available to artists looking to get their recordings heard by an...