The music industry is continuously evolving! The role that radio plays as a transmitter of music has changed in recent years. Radio can represent a form of connection and it is great for exposure. 97.1 amp (KAMP-FM) is a commercial radio station based in LA, California. The station airs a Top 40 (CHR) radio format. Keep reading to find out all there is to know about 97.1 amp!

97.1 amp is licensed in Los Angeles. The radio station, owned by Entercom, broadcasts a Top 40, pop format. The station is one of two top 40 stations in the Los Angeles area, the other being KIIS-FM (102.7 FM).

In LA you can tune into 97.1 Amp on 97.1 FM. You can listen anywhere with Radio.com. Download the app, through Apple App Store or Google Play and listen to your favourite radio stations for free anytime, anywhere.

KAMP-HD1 which is a digital simulcast of the FM analogue signal.

97.1 amp is owned by Entercom Communications Corporation based in Philadelphia, Pennsylvania. The corporation was founded in 1968 and is the second biggest radio business in the United States. They have 235 radio stations across 48 media markets.

Launched in 1954, the easy listening format was known as ‘Good Music’ with the station sign on as KFMU. In the late 60s, KFMU was bought by Storer Broadcasting and subsequently became a sister station KGBS (1020 AM). Both stations had a country music format. In early 1970 the station settled on a soft country format in 1973 when it became known as ‘Gentle Country’.

1986 the station changed to a classic rock format and was renamed KLSX. The call letters KLSX were chosen to sound like ‘classics’. Every day, the station played a song twice as part of a contest. Listeners could win a prize for identifying the correct repeated track.

In 1988, Breakfast with the Beatles from host Deirdre O’Donoghue moved to KLSX from KNX-FM. The station aired the Howard Stern Show in 1991 and took on the slogan ‘Howard Stern all morning, classic rock all day’. By 1995, KLSX changed to a hot talk format on weekdays known as ‘Real Radio 97.1’. In 1996, the station abandoned the name ‘Real Radio’ and became known as ‘The FM Talk Station’. KLSX was the Los Angeles-area radio home of the Oakland Raiders of the National Football League.

The station made further changes when it came to KLSX in 2005. Adam Carolla took over as the station’s morning show host in January 2006 when Howard Stern left the station. KLSX was the last station to use the Free FM branding, having dropped the moniker in early October 2008. This indicated the official departure of the brand nationally by CBS Radio. The program director for KLSX at the time was Jack Silver. The assistant program director and creative voice of the station was Rich Boerner.

In 2009, reports started to emerge that KLSX was to drop hot talk and change to a top 40 format aimed at younger listeners. They took the ‘AMP’ format that was generated by KROQ-FM program director Kevin Weatherly and APD John Michael on KCBS-HD2.

In June 2009, the station changed its call sign to KAMP to go with the current format. They altered it again in July to KAMP-FM in order to prevent any misunderstanding with KAMP (AM), which is an unlicensed student-run radio station at the University of Arizona.

Moote left the station in July 2019, while Sotelo left in October 2019. Booker moved from afternoons to mornings and adding former KPWR morning co-host Krystal Bianca to mornings, Christen Limon to middays, and Yesi Ortiz to afternoons, while McCabe remains as night host. Booker left the station on April 3, 2020. On March 30, 2020, KAMP-FM dropped ‘Radio’ from their name and re-branded as ‘97.1 AMP’.

97.1 amp radio hosted the 7th Annual ‘We Can Survive’ concert, presented by AT&T at the Hollywood Bowl on Saturday, 19 October 2019. The concert had performances from artists such as Taylor Swift, Billie Eilish, Camila Cabello, Jonas Brothers, Lizzo, Marshmello, and Becky G. $2 from every ticket sold went to help benefit breast cancer research.

Every Saturday the show will feature On-Air DJs, Hosts, and Special Guests, with concert Ticket Give-A-Ways, Raffles and more. Tune in to 97.1 AMP Radio and DJ Iceman for AMP Saturdays for the 5 O’clock Mix.

The station targets a younger audience (18-34-year olds), 91.7 amp has a variety of popular radio DJs making it one of the most listened to stations targeted towards people who have an interest in pop music and chart hits.

Being played on the radio can be great for your career however, it’s competitive. Your music is up against local artists as well as renowned international stars. You can increase your chances by approaching the stations with specialist shows and DJs, sending copies of your demos to show producers and presenters. You should also improve your chances with some promotion.

So, why not give it a go or just check out the current talent around by tuning in to 97.1 amp!

BBC Introducing Live has been dedicated to discovering new music since its launch in 2007. Since its arrival, it has worked wonders for the music...

As an artist, you’ll want to keep up to date with what music is popular in the charts and how your sound compares to other artists. You can get all the... 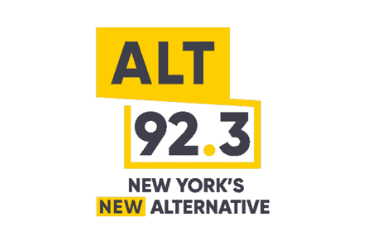