Getting Started in the Industry 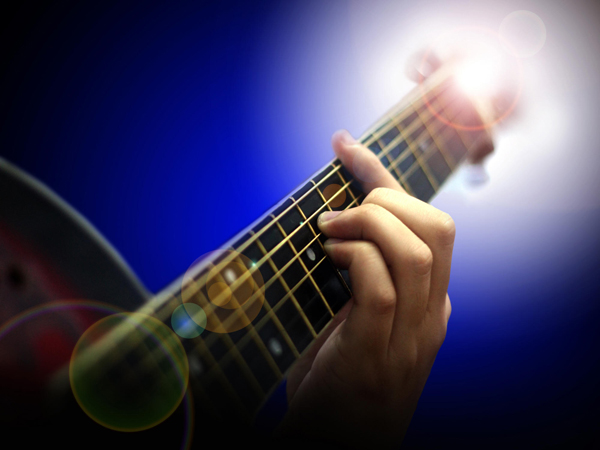 First things first, there are no easy ways of becoming a world renowned rock god or super star DJ. Whilst there are some viral-style hits that make it with minimal effort and a heap of luck, more often than not incredibly talented people with good tunes behind them can be passed over for any reason, such as they don’t have a financially viable line up (i.e. four piece rhythm and a 32 piece string orchestra), they sound drastically different live than they do recorded or even that the lead singer is a bit ugly. Even if bands get passed over for reasons such as these they have still been in the lucky and relatively rare position of being seen and considered by someone who makes the decisions. Mainstream commercial music is becoming more and more orientated around the performers as sex symbols than the music as representative of any sort of art, which is a shame but unfortunately how it goes – changing the face of how people view music and being able to make a wage out of it is not such a likely reality.

My point is not to depress you but just to make you consider what your priorities are. Unless your years into the industry, understand it, have great contacts and are incredibly experienced (in which case you may as well stop reading because I’m not going to say anything you don’t already know), then you will probably just start with three or four other mates doing Nirvana and White Stripes covers in your Dad’s garage dreaming about how this will make you seem so much cooler to Jenni in form 4B. And that is one of the primary reasons an independent band has the potential to make it big; a bunch of guys or girls who are great friends, will support each other and have vested interest in getting all the boring bits of being in a band done because, as an end game, what is better than being paid to play with your mates in front of hundreds or thousands of screaming jennis’?

Not a lot, to be honest. Some of my happiest and most exciting times have been on stage feeling the surge of the crowd’s approval – it truly is something to aspire to however fleeting those moments are. But whilst you have those times, you also have all the boring times: the gigs you start off with in dirty pubs with the crowd consisting of two drunk 65 years olds and a deaf dog, all the effort that goes into trying to get your friends to come to a gig and then they won’t, the rejections by managers and agents who subsequently screw you out of the £20 you had made out of the whole night of playing, the hours and hours of rehearsing, recording, mixing and editing tracks which people then cannot be bothered to give 30 seconds of listening time to. It can all get to you which is why it is an incredibly good thing to be able to just take it on the chin and go and have a pint or two with your band mates, chew the fat and figure out the way forward.

But how to do that? Well, there is no easy answer. Aside from the X factor-style route it really just comes down to hard work and luck. Gigging is important – get a great live set and people will be gagging to buy your album. Of course, this works both ways but often people will have to pay more for the album than the live show (at least in the beginning). Once you have built a following then bigger and better venues will take you on, pay you more and maybe even give you M&Ms in your green room. Tours do the same thing, whilst they often cost a bomb at the beginning, they do expose new areas and crowds to your music – pick those areas carefully and you could be onto a winner. Putting together a decent EP/demo that looks and sounds professional goes a long way and shows promoters and management types that you mean business – gone are the days when bands got picked up on a whim and ‘given a chance’. Record labels need to know that you’ll deliver and that they can make money out of you before they invest anything. Elton John recently said that if he had been trying to make it now he just wouldn’t have had a chance – he tried and failed then tried again and got massive, that sort of chance is a rarity now.

Be prepared and ready but at the same time don’t spend too long waiting. I know a band called Joyshop who are a good band and sound great with three albums behind them – most people who listen to their songs fall in love with them but they don’t gig very often. This means that the relative number of people who are exposed to their stuff is really quite small – the lead singer got a solo record deal offer and he turned it down hoping the band would make it big but the lack of live performances really holds them back. Exposure is incredibly important because then getting people into your music is just a numbers game. Not everyone will like what you do but if you play it to thousands of people you’re likely to get some takers…

One thing Joyshop also has that is good to latch onto is a sense of originality. Obviously one way to do this is to write your own songs but try to avoid getting into the position where people say ‘oh, I like that, it sounds like Adele’ or some other artist. It is quite difficult to write something truly unique but you’ll know you’ve got it right when the person you play a tune to is speechless because they can’t think of someone to compare it to yet still likes it. Even if you are a cover band then try to have some sort of personality, a brand, a sense of being unique. So many function bands just play the standard function band tunes such as superstition, sex on fire etc. and do so with the exact same structure, solos, instrumentation, highs and lows – infuse some interest into the set; improvise a solo, add in a break down that wasn’t there before, have the whole band sing a section acapella or have some surprise stabs. As long as you don’t have a bass solo then the crowd is much more likely to be interested because it is different.

Despite what I have said, not all is doom and gloom. With social media such as facebook and music orientated equivalents such as soundcloud, it is easier than ever before for people to access your music whether it be to get feedback for a mix, use it to convince someone to work with you or put it forward as a product. Sites such as Music Gateway really help put people from all corners of the globe and from different backgrounds and styles together, not to mention people who are just starting out all the way up to industry veterans. Music Gateway, similarly, allows you to get experience by helping out other people with mixes, people who can master tracks for you, loads of people who you can ask for advice from or find other band members or people to collaborate with.  There are a huge number of methods of applying online sites to the progression of your band – think about ways of maximising this as it costs so much less than paying a manager or social networking officer and also means you can meet the people yourself and build up your own contact roster.

For a band to be content it should have decent songs played in a slick way that will keep the audience interested long enough to consider buying your album/EP. It is a lot of work but if it is time spent with your friends doing something you love then I can’t think of anything more worthwhile.